33 bodies identified in Calif. fire that killed at least 36 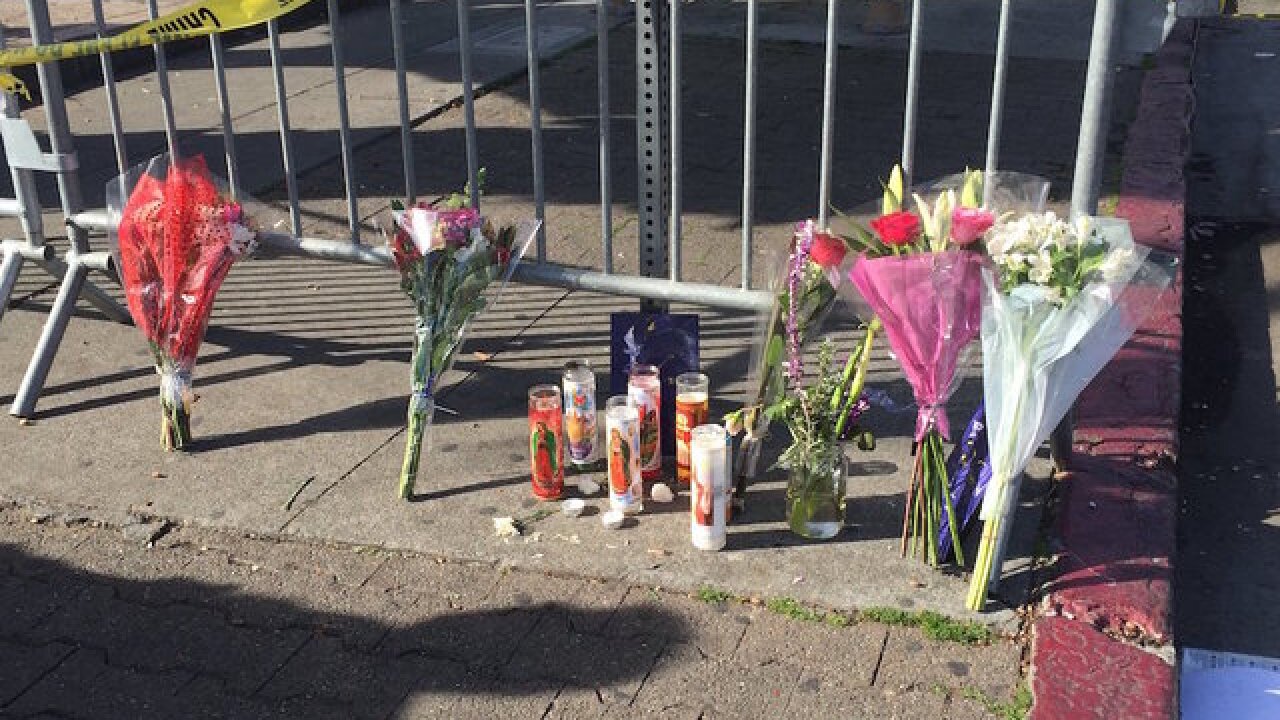 CNN
CNN
<p>At least 30 people have been confirmed dead in a massive blaze that gutted a converted warehouse over the weekend during an electronic dance party.</p>

OAKLAND, California (CNN) -- It's already one of the city's deadliest blazes, and Oakland authorities say casualties are expected to rise as they investigate a fire at the warehouse-turned-arts-space known as the Ghost Ship.

After working for 52 hours straight, rescuers had to halt their search late Sunday, said Oakland Fire Battalion Chief Melinda Drayton. There are areas of the structure where an exterior wall is leaning inward and interior walls and the roof have caved in. Other parts of the structure are hanging precariously, she said.

"For us firefighters working under a wobbly, potentially collapsing exterior wall is extremely dangerous. We will not put our firefighters in danger at this point," Drayton said.

Investigators believe they've discovered the fire's origin at the rear of the structure, where the steel is "twisted and wrapped in the back of the building," she said. The area has been "quarantined off for additional investigation" once firefighters are able to get back inside -- hopefully early Monday afternoon.

Roughly 30% of the two-story building remains to be searched, and authorities hope to get back to work Monday after an excavator is brought in to stabilize what's left of the warehouse, she said.

At least 36 people are confirmed dead, including teenagers and a deputy's son, in a huge blaze that gutted the converted warehouse during an electronic dance party Friday night. Most of the bodies were found in the center of the building, Drayton said.

Alameda County Sheriff Gregory Ahern said 33 of 36 bodies have been identified in the investigation of a deadly warehouse blaze in Oakland, California. Autopsies have been performed on 22 victims and 16 families have been notified. The victims include one person each from Finland, Korea and Guatemala, Ahern said. The sheriff's office is working with those embassies to notify next of kin.

The city's district attorney has activated a team to launch a criminal investigation. An arson task force has also been formed.

One of deadliest fires ever in Oakland

Drayton cautioned the search could be a long process as firefighters work to remove debris "literally bucket by bucket in a methodical, thoughtful, mindful and compassionate way."

Drayton, a 19-year veteran, called it one of the deadliest fires in the city's history -- including a 1991 fire in Oakland Hills that killed 25 people.

Southern California artist Anneke Hiatt, who has been monitoring the situation because she had friends there, said she is starting to lose hope.

"It just doesn't seem that that's a fire that's survivable, so the reality, I think for a lot of us, is beginning to set in," she said.

For filmmaker and photographer Bob Mulé, the warehouse was both his home and his community. The 27-year-old stopped to listen to some music Friday night before heading downstairs to work on a painting. He smelled smoke from his studio.

As Mulé rushed to save his camera and laptop, he spotted a heavy-set artist who called out for help.

A haven for artists

The building is known as the "Ghost Ship." To the artists who lived and worked there, the Ghost Ship was a coveted haven in the Bay Area's gentrifying landscape of skyrocketing rents and disappearing artist spaces. Residents estimate 20 to 25 artists lived there.

Darin Ranelletti, Oakland's interim director of planning and building, says the city approved permits for the building to be used only as a warehouse, not for residences. City officials also had not signed off on a special permit for the event, Ranelletti said.

In addition, firefighters found no evidence of sprinklers in the warehouse.

Former California State Chief Fire Marshal James McMullen said it was his understanding that the owner of the space had been approached about illegal occupancy and trash and debris strewn "around in the way of forming a fire hazard."

Shelley Mack, a jewelry maker who lived at the Ghost Ship until February 2015, said she paid $700 to move in and another $700 for improvements that never came. The sole bathroom for residents was in bad repair, a transformer blew a couple of weeks after she moved in and fires were sparked by faulty electrical cords, she said. The space had intermittent power and heat when she lived there, she said.

"Not long after I moved in, I found out we had to hide our things when the owner came by because it's not slated as a live/work place and we all lived there," she said. "I expected it to be shut down a long time ago."

Mack claimed police were well aware people were living in the warehouse because they were called there weekly. She called police herself three times in one week, and other government agencies, including Child Protective Services, paid visits to the warehouse, she said.

Oakland City Councilman Noel Gallo lives a block from the Ghost Ship and told CNN he was aware people were living there. After hearing Mack's allegations, he said, "It's really inexcusable in terms of our response."

Gallo knew the owner and the manager of the space and said "we've had a good number of conversations regarding the upkeep of the property on the street level/sidewalk level, as well as on the inside."

Drayton, the fire battalion chief, told reporters Monday that if Oakland police had been called to the warehouse, they might have captured footage that could be useful to the investigation.

"We're looking at everything from our body-worn camera footage, how many calls we at the Oakland Police Department have gone to, what types of calls, documentation when working with our planning and building department," she said. "We have a lot of moving parts."

CNN has reached out to the property owners for comment.