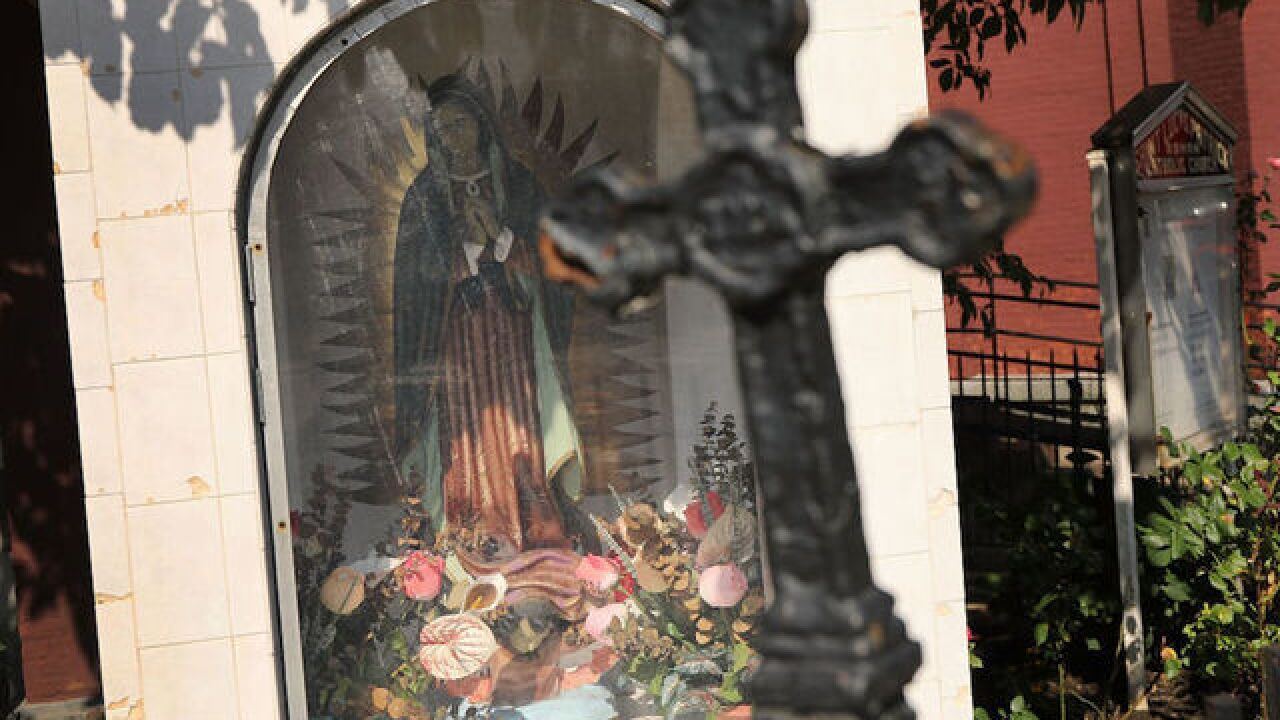 Image copyright 2018 Getty Images. All rights reserved. This material may not be published, broadcast, rewritten, or redistributed.
Spencer Platt
<p>A statue of Mary of Nazareth is displayed outside of St. Lucy's-St. Patrick's Church in Brooklyn on September 19, 2018 in New York City. </p>

Washington, D.C., Attorney General Karl Racine announced Tuesday that he has launched a civil investigation into whether the Archdiocese of Washington violated the law by covering up the sexual abuse of minors.

"While we generally don't talk publicly about our confidential enforcement activity, I can report that our office has launched a civil investigation into whether the Archdiocese -- which is a nonprofit institution -- violated the District's Nonprofit Act by potentially covering up allegations of sexual abuse of minors," said Rob Marus, a spokesperson for Racine.

"According to the law, nonprofits are required to work for a public purpose; if they are in fact covering up child sex abuse, that is clearly not in the public interest."

Racine also announced a new portal for victims of clergy abuse in D.C. to report their abuse to his office.

While the Attorney General in Washington, D.C., does not have jurisdiction over most criminal matters except for some misdemeanors, Racine can investigate potential civil violations. Racine could investigate, for example, whether the Archdiocese of Washington used donations or other funds to cover up the abuse of children, Marus said.

Racine also has jurisdiction to enforce local laws requiring entities to report the abuse of children, the spokesman added. In Washington, D.C., clergy are not considered "mandated" reporters of abuse, but Catholic school teachers and other school employees are, Marus said.

The Archdiocese of Washington did not immediately respond to a request for comment.

Racine's investigation comes just days after reports that federal prosecutors in Pennsylvania have issued subpoenas to at least seven of the state's eight dioceses to probe for potential crimes. While the scope of that investigation is still unclear, groups like the Survivors Network of those Abused by Priests, which first asked the Department of Justice to launch a probe in 2003, called it unprecedented.

Separately, the diocese of Buffalo, New York, also received a subpoena regarding clergy sexual abuse in late May, according to a source familiar with the subpoena.

In September, the New York attorney general issued civil subpoenas for all eight Catholic dioceses in the state as part of a civil investigation into how the church reviewed and potentially covered up allegations of the sexual abuse of minors, according to a source close to the investigation.

New Jersey's attorney general has also said his office would form a task force to investigate allegations of sexual abuse by clergy and any attempted cover-ups.

Attorneys general in Missouri and New Mexico say they are also investigating church files for evidence of abuse and cover ups.