Day of Disruption: Workers across country protest for $15 minimum wage 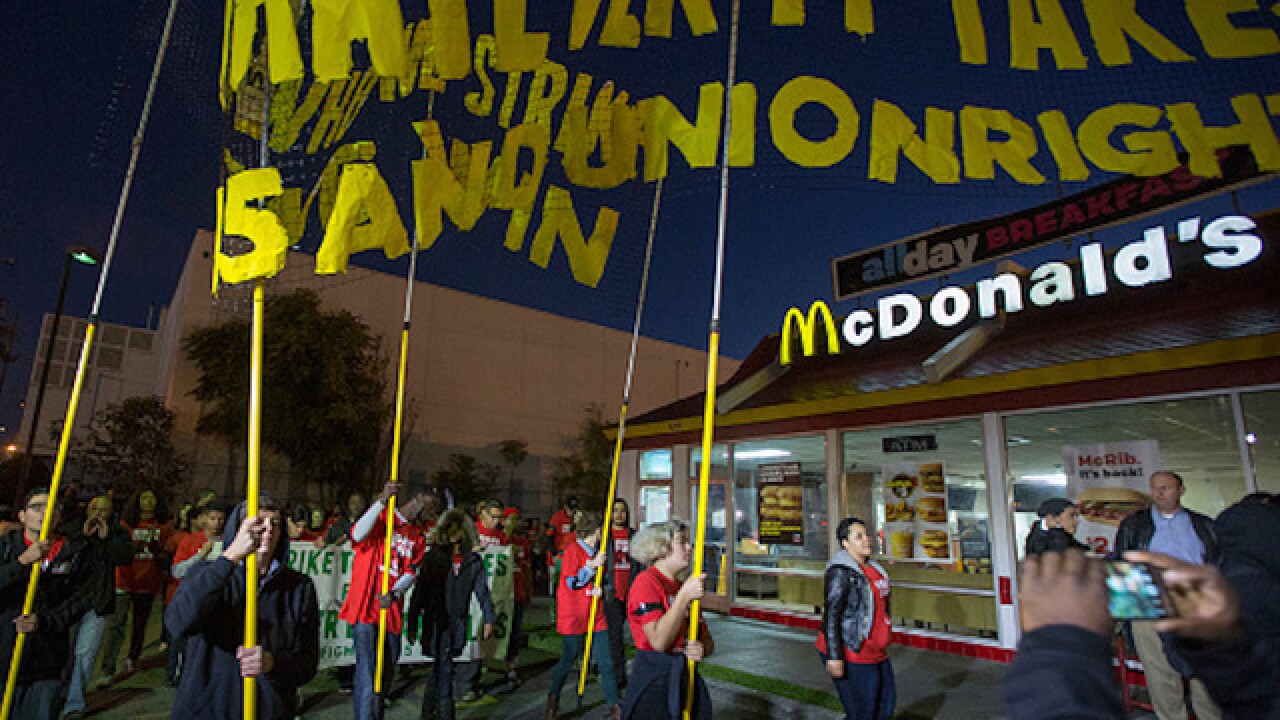 David McNew
<p>LOS ANGELES, CA - NOVEMBER 29: McDonald's restaurant employees rally after walking off the job to demand a $15 per hour wage and union rights during nationwide 'Fight for $15 Day of Disruption' protests on November 29, 2016 in Los Angeles, California. Police made 40 peaceful arrests of protesters who sat down in an intersection. Protest rallies are expected in nearly 20 airports and outside restaurants in numerous cities, according to organizers. (Photo by David McNew/Getty Images)</p>

Workers from across the country staged walkouts and protests in support of a $15 minimum wage throughout the day on Tuesday.

Fast food employees, janitors, airline workers, taxi drivers and Uber drivers in major cities around the country participated in a “Day of Disruption,” a mass protest organized by Fight for $15, a national labor movement.

At Chicago’s O’Hare Airport — one of the nation’s busiest airports — members of the Service Employees International Union went on strike in support of Fight for $15. Though 500 workers committed to strike in a vote taken last week, the protest did not delay flights in and out of Chicago.

Uber drivers were on strike in dozen cities across the country. Drivers marched at airports and entertainment districts, and reportedly carried signs that read “Your Uber Driver Is Arriving Striking," according to CNET.

The mass protests are the first organized by Fight for $15 since the election of Donald Trump earlier this month. After stating early in his campaign that he wanted to abolish federal minimum wage, Trump said in a July press conference that he would push to raise the federal minimum wage from $7.25 to $10, and allow states to set their minimum wage higher if they wished.