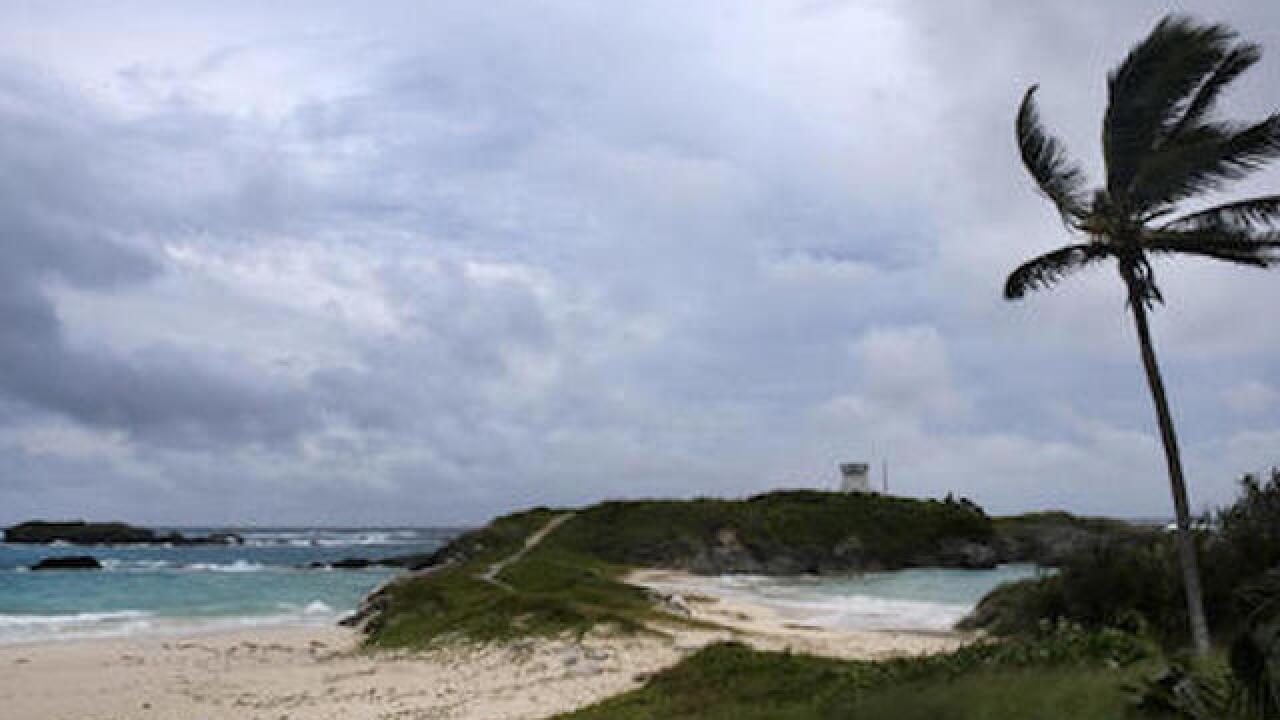 HAMILTON, Bermuda (AP) — Hurricane Nicole snapped trees, flooded homes and peeled off some roofs as it pummeled the British territory of Bermuda on Thursday as an extremely dangerous Category 3 storm.

The storm was located about 10 miles (20 kilometers) east of Bermuda late Thursday morning. It had maximum sustained winds of 120 mph (195 kph) and was moving northeast at 16 mph (26 kph).

There was a brief respite across Bermuda as the eye of the hurricane passed by, but government officials urged everyone to remain inside.

"This is a serious storm, and it's living up to the weather predictions," said National Security Minister Jeff Baron. "The worst is not over."

Nick West, who lives with his family near a wharf in the town of St. George, said the hurricane ripped off a large portion of his roof just before the eye passed over the island.

His garden also is now underwater.

"We are hiding downstairs. All safe and dry for now," he said. "Just as long as we are all safe, that is all I really care about."

The hurricane knocked out power to more than 20,000 customers in Bermuda, which has sturdy infrastructure and is accustomed to storms.

The hurricane had strengthened to a Category 4 storm late Wednesday but lost some steam overnight. However, forecasters warned that it was still extremely dangerous.

"While hurricanes often affect Bermuda, a hurricane this strong is rare," the National Hurricane Center said.

As Nicole bore down on Bermuda, some 120 guests were ushered for safety into a ballroom at the Hamilton Princess & Beach Club, one of the island's largest hotels. They were served a free lunch as they waited for the hurricane to blow through.

Chinna Francois, a captain at one of the hotel's restaurants, said she had weathered many hurricanes in Bermuda but warned that people should not get complacent as the eye passed through.

"The last half of the hurricane is the dangerous part," she said.

On Wednesday, the government ordered schools and government offices as businesses boarded up.

"I'm comfortable with the resources we have in hand to deal with this storm," Premier Michael Dunkley said. "I have every faith that the people of Bermuda will rally together after the storm."

American Airlines and Air Canada are among several carriers that have canceled flights to the island, and several cruise ships have canceled trips as well.