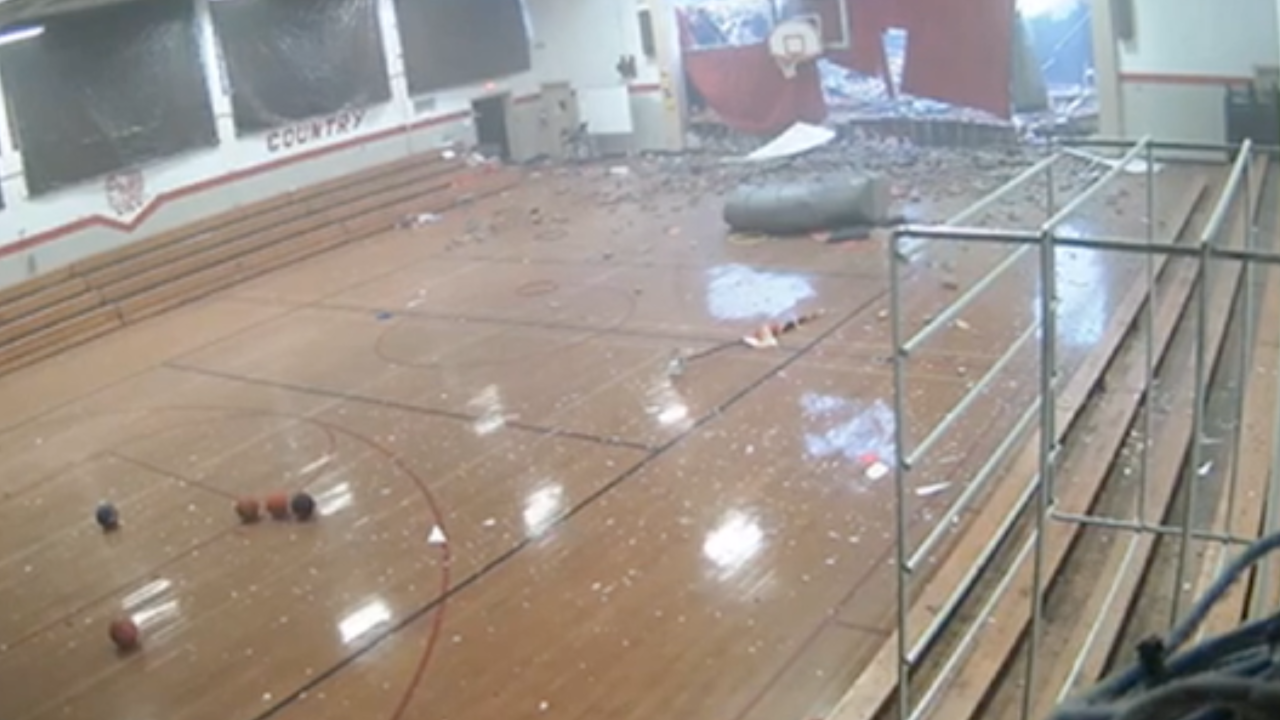 Dozens of students at Union Intermediate School in Sampson County, North Carolina, were in the middle of gym class when video shows the wall collapsing. Video provided by the school shows debris flying into the gym as students ran away.

The National Weather Service said winds of 80 to 85 MPH struck the school. The damage was comparable to a high-end EF-0 tornado.

The microburst caused three minor injuries. Those injured were taken to the hospital as a precaution.

After the school closed for two days, Sampson County Schools announced that the school will reopen on Thursday.