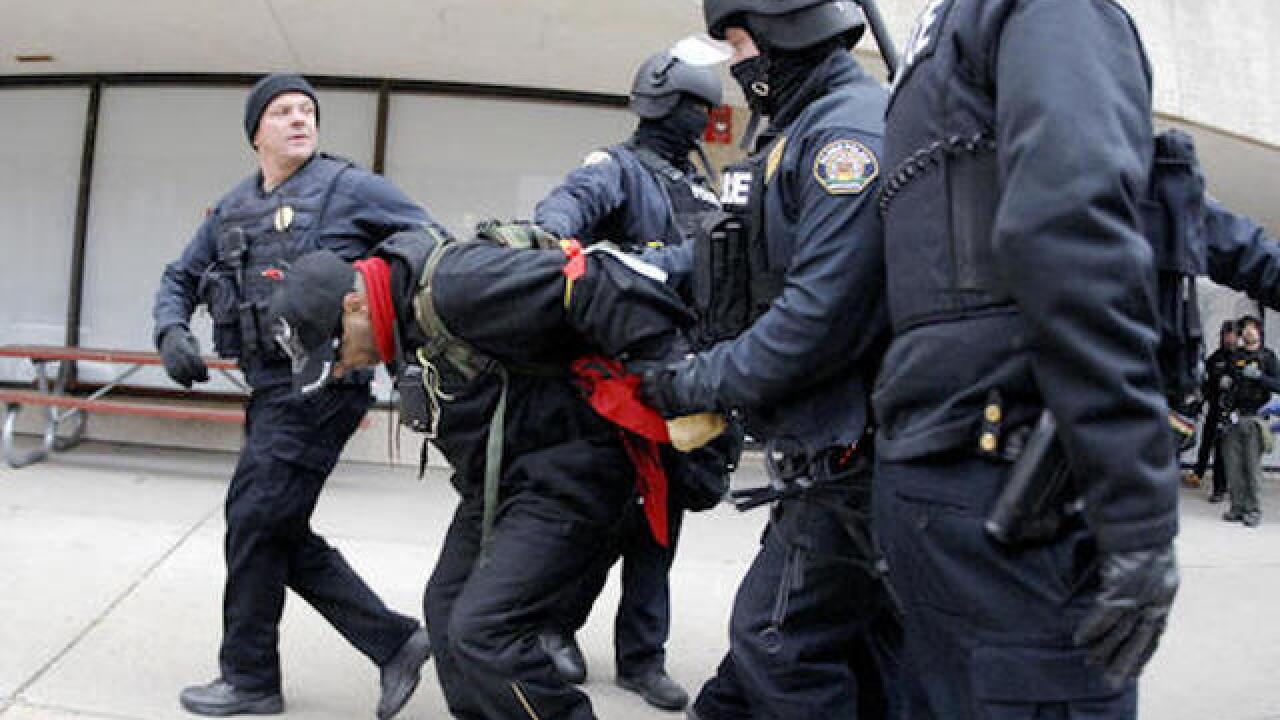 Copyright Associated Press
MIKE MCCLEARY
<p>Michael Giron, from California, is arrested by law enforcement as he was leading a procession of Dakota Access Pipeline protesters at one of the Wells Fargo Bank branches in downtown Bismarck, North Dakota on Thursday, 11-7-2016. Giron, a member of the Red Warrior Camp , was taken into custody on a California warrant.</p>

The $3.8 billion pipeline to carry North Dakota oil to Illinois is largely complete except for a stretch under a Missouri River reservoir in North Dakota. The Standing Rock Sioux fears a leak could contaminate drinking water on its nearby reservation.

President Barack Obama has raised the possibility of rerouting the pipeline. Kelcy Warren, the CEO of Energy Transfer Partners, told The Associated Press on Friday that the company won't change the route.

The Army Corps of Engineers has delayed approving the river crossing, calling for more tribal input. ETP has asked a federal judge to declare that it has the right to drill under the river.