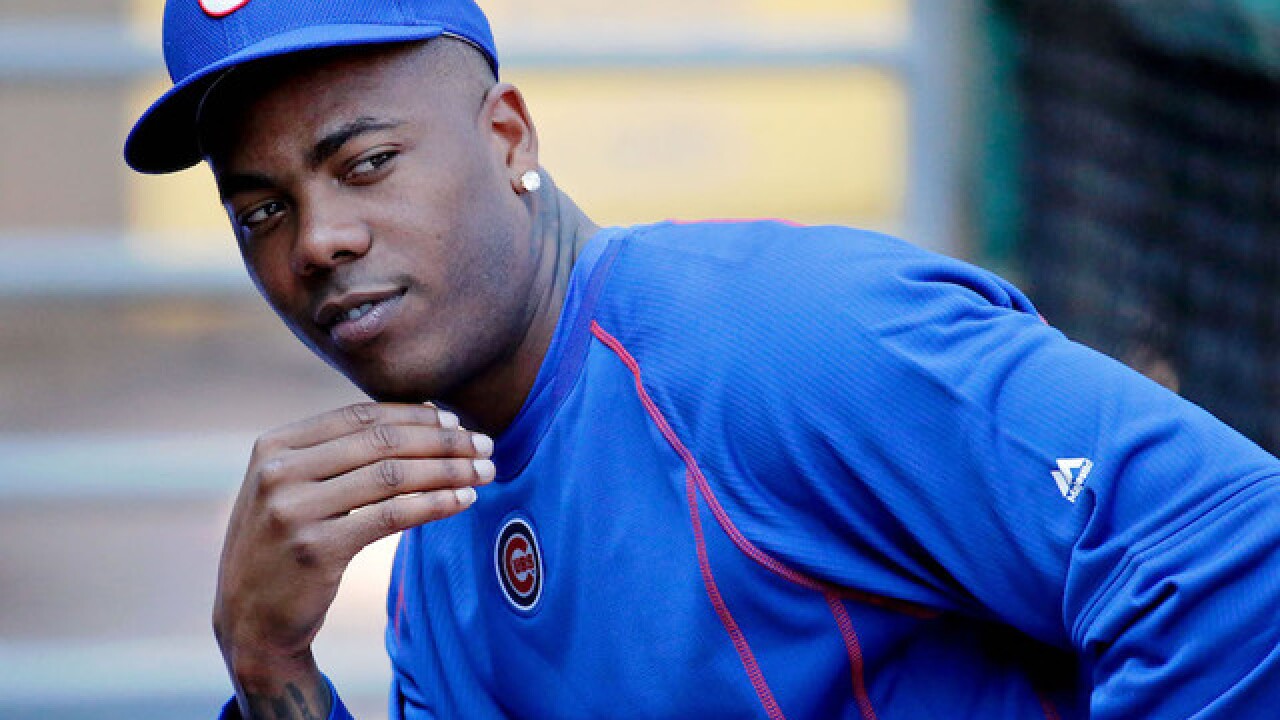 Copyright Getty Images
Jon Durr
<p>Aroldis Chapman of the Chicago Cubs sits in the dugout before the game against the Chicago White Sox at U.S. Cellular Field on July 26, 2016 in Chicago, Illinois. (Photo by Jon Durr/Getty Images)</p>

Chicago Cubs closer Aroldis Chapman has made plenty of headlines — both positive and negative — on his own.

Chapman began the season with a 30-game suspension for violating Major League Baseball's new domestic violence policy after an offseason incident with his girlfriend.

The offseason controversy helped the New York Yankees snag Chapman from the Cincinnati Reds this offseason. The Yankees eventually dealt Chapman to the Cubs this season.

So eyebrows were raised when the Cubs' public address system chose to play the song "Smack My B@#$% Up" as Chapman walked off the mound after pitching a scoreless ninth inning on Sunday, Deadspin reported .

The Cubs told ESPN reporter Jesse Rogers that the situation was "unfortunate and should not have happened."

"We apologize for the irresponsible music selection during our game last night," Cubs President of Business Operations Crane Kenney issued in a statement reported by Rogers. "The selection of this track showed a lack of judgment and sensitivity to an important issue."

Kenney later wrote that the person responsible for the music pick has been terminated and that the Cubs will have stronger vetting of music played during games.