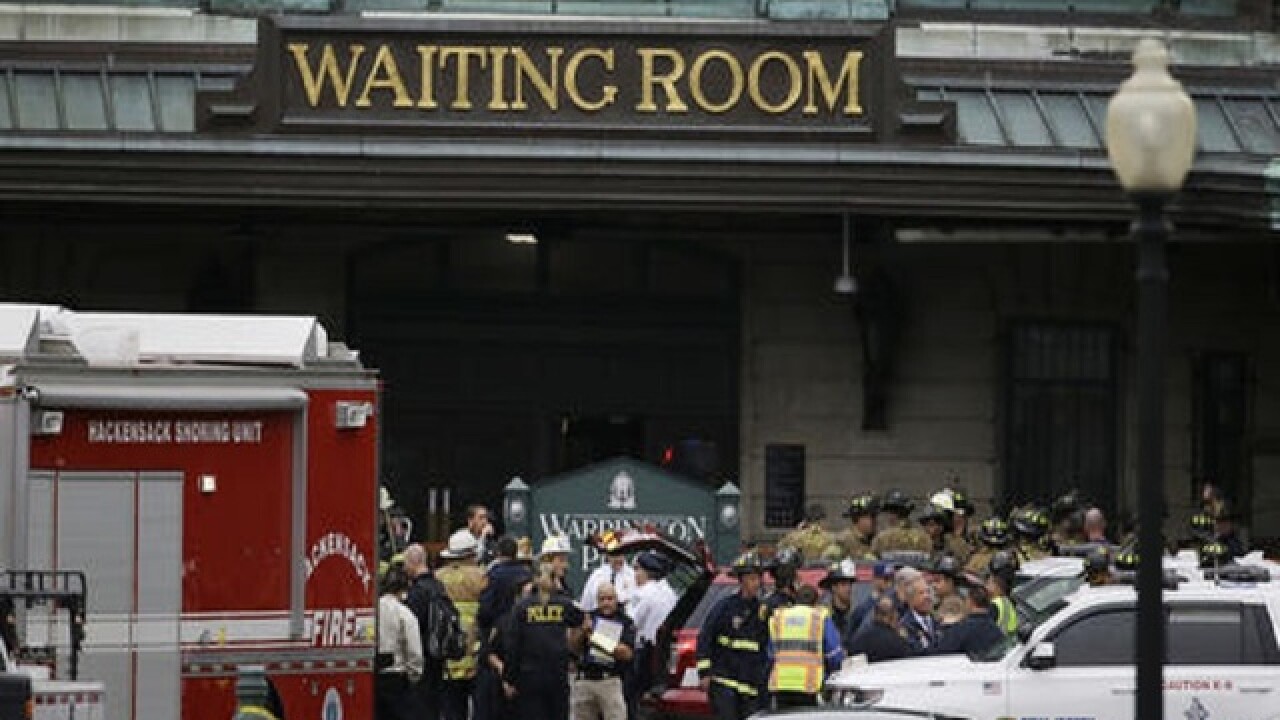 HOBOKEN, N.J. (AP) — Crews are continuing to work to recover a data recorder from a commuter train that crashed in New Jersey, killing a woman and injuring more than 100 others.
National Transportation Safety Board investigators have not yet been able to extract the recorder from the front car of a New Jersey Transit train that crashed into Hoboken Terminal on Thursday.
An NTSB spokesman says crews are working in 12-hour shifts to clear debris surrounding the train to ensure that it's structurally safe for investigators.
Officials have said a data recorder in the rear of the train wasn't functioning on the day of the crash. That recorder was supposed to store speed and braking information.
The NTSB has said the train's engineer told investigators that he has no memory of the crash.
Copyright 2016 The Associated Press. All rights reserved. This material may not be published, broadcast, rewritten or redistributed.