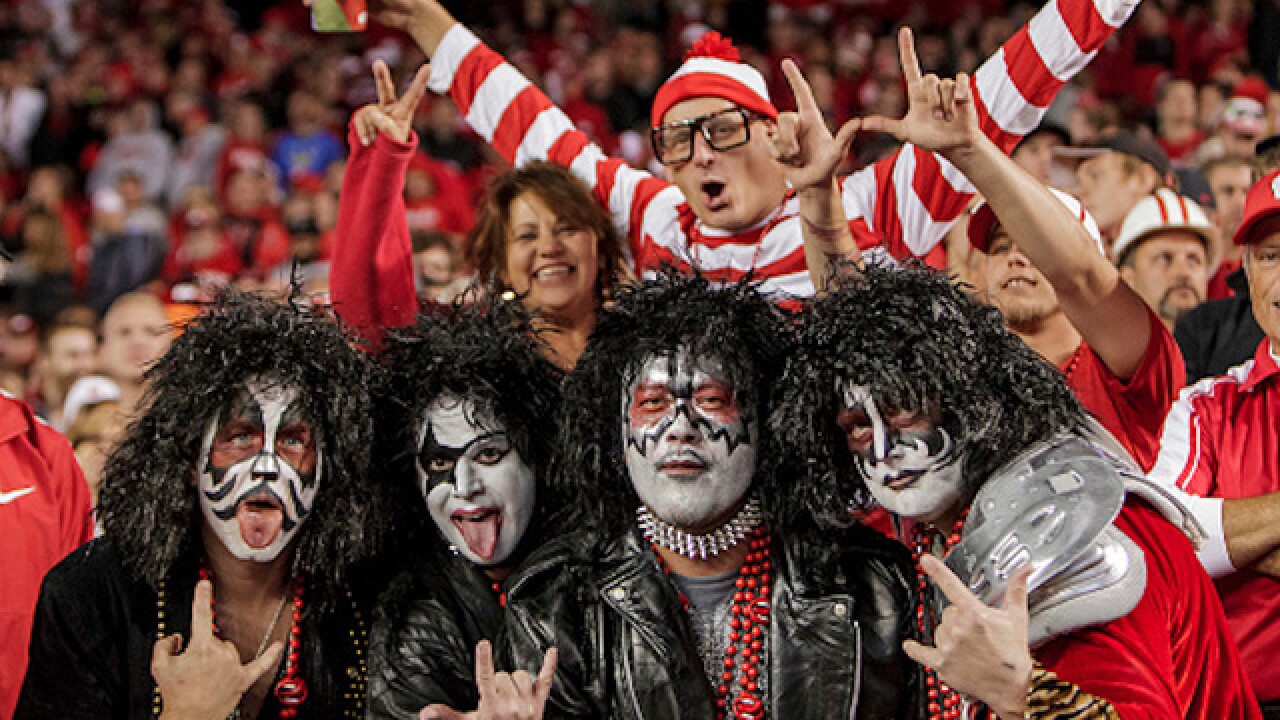 While many people dressed in Halloween costumes across the nation Saturday night, a Wisconsin football fan might have taken it too far at a college football game, prompting the University of Wisconsin-Madison to issue a statement.

A fan was seen Saturday night in Wisconsin's Camp Randall Stadium dressed in black and white prison stripes, wearing a noose around his neck with a double-sided mask with Hillary Clinton on one side and Barack Obama on the other. The noose was held by a person dressed as Donald Trump.

At the @UWBadgers game and there is a man with a mask of President Obama and a noose. This is racism, why was this allowed into the stadium? pic.twitter.com/zKEqhdDYny

A photo of the costume sparked a debate on Twitter between those who considered the images threatening toward the president, and the Democratic nominee, while others said the costume was an act of free speech. Some called on the Secret Service to investigate the motives of the person wearing the costume.

According to Wisconsin Athletics, the man seen wearing the noose was asked to remove offensive parts of the costume. The man complied and was allowed to stay in the stadium.

"UW Athletics' policy regarding admission into the stadium with a costume stipulates that no one may be wearing a mask upon entering the facility. Once inside, it is permissible to wear a mask," Wisconsin's statement said. "The costume, while repugnant AND COUNTER TO THE VALUES OF THE UNIVERSITY AND ATHLETIC DEPARTMENT, was an exercise of the individual's right to free speech. The university also exercised its rights by asking the individual to remove the offensive parts of the costume."

Wisconsin, the 11th-ranked team in the nation, defeated No. 7-ranked Nebraska 23-17 in overtime.