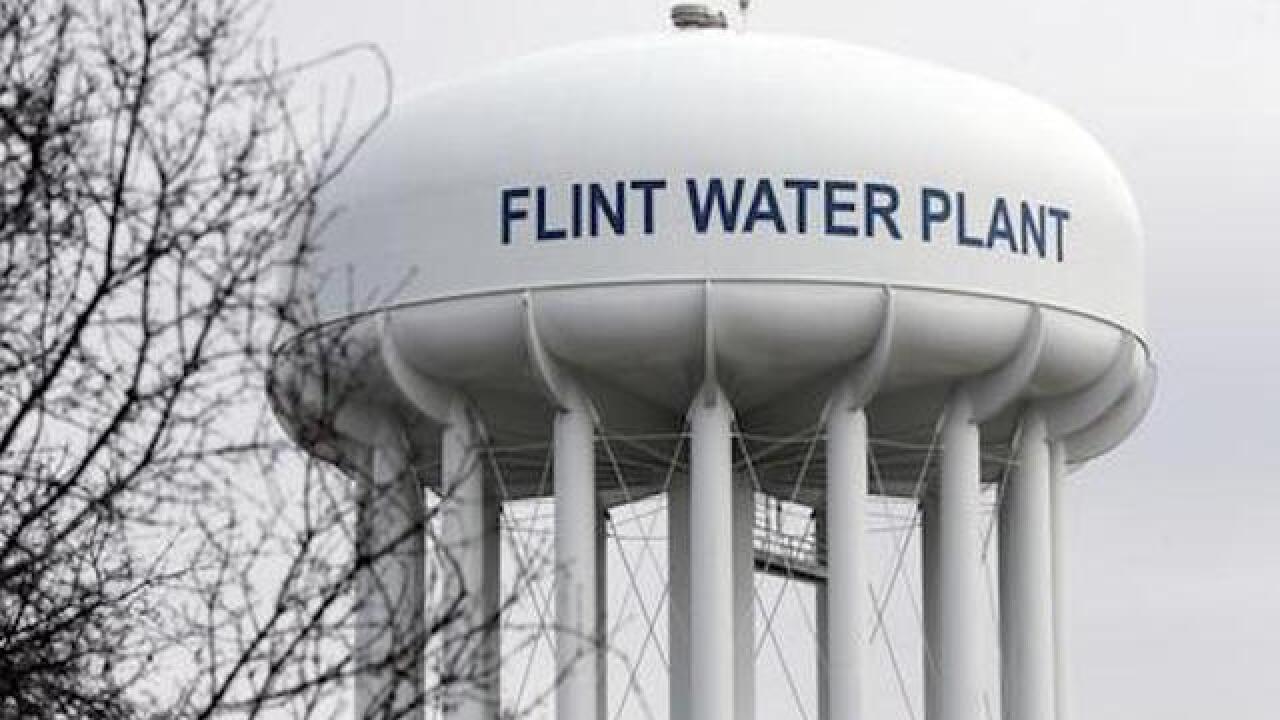 Copyright Associated Press
Carlos Osorio
<p>FILE - In this Friday, Feb. 5, 2016 photo, the Flint Water Plant tower is seen in Flint, Mich. Michigan Gov. Rick Snyder on Thursday, March 10, released another 4,400 pages of his executive office's emails and documents related to the lead-contaminated water in Flint. The disclosure is the third voluntary release of such records, which have revealed his administration's inner dialogue before the crisis and as it grew after the financially struggling city left Detroit's water system and started using the Flint River to save money. (AP Photo/Carlos Osorio, FILE)</p>

FLINT, Mich. (AP) — Shortly before this poverty-stricken city began drawing its drinking water from a local river in a cost-cutting move nearly two years ago, officials huddled at the municipal water treatment plant, running through a checklist of final preparations.

Mike Glasgow, a plant supervisor at the time, says he asked a state water quality official at the meeting how often his staffers would need to check the water for proper levels of phosphate, a chemical added to prevent lead corrosion from pipes.

The official, Mike Prysby of the Michigan Department of Environmental Quality, replied, "You don't need to monitor phosphate because you're not required to add it" until after a year of testing, according to Glasgow.

Recalling the meeting Tuesday in an interview with The Associated Press, Glasgow said he was taken aback by the state regulator's instruction; treating drinking water with anti-corrosive additives was routine practice. An engineer for a consulting firm in attendance also seemed surprised, Glagow said.

In hindsight, it was a fateful moment. For nearly 18 months, Flint residents would drink water that had coursed through aging pipes and fixtures, scraping away lead. By the time Gov. Rick Snyder announced in October 2015 that Flint would return to its earlier source of treated water, the Detroit municipal system, dangerously high levels of the metal were detected in the blood of some residents, including children, for whom it can cause lower IQs and behavioral problems.

Glasgow's account of the meeting, given first at a state legislative committee meeting Tuesday and then in more detail in an interview, supplied the biggest missing piece of the puzzle about Flint's water contamination crisis that has stunned experts, elected officials and the city's beleaguered citizens for months: how a municipal process that is considered ordinary went so terribly wrong.

It was a story of harried water plant staffers scrambling to meet a deadline for a water system switch, political appointees making changes to save money for a city swimming in debt, and a state engineer confidently but erroneously describing federal guidelines for ensuring water quality. And no one questioning what they were being told.

"That one meeting was the difference between this city being poisoned and not being poisoned," said Lee-Ann Walters, the homemaker-turned-activist who helped bring the crisis to light after battling for months with government agencies over contamination that she believes has damaged her family's health.

The epic breakdown of the clean water system in the city of nearly 100,000, which was struggling to overcome decades of economic turmoil, is causing Americans elsewhere to question a basic service they've long taken for granted. Lead scares have arisen in Jackson, Mississippi; Newark, New Jersey; and Sebring, Ohio.

In Michigan, officials and residents who now know what happened face a series of questions about the future.

Residents who have been drinking bottled or filtered water are uncertain when they'll have safe tap water again. As temperatures warm, the risk will increase for Legionnaires' disease, which has killed 10 people and sickened 78 others the past two years.

Michigan's legislature has appropriated $67 million and is considering an additional $165 million as the first installments in an aid package for Flint. Congress has been asked for hundreds of millions to help replace the city's lead pipes.

And worried parents will be watching their children for symptoms of lead poisoning as local, state and federal officials try to restore broken trust.

"Those in leadership have continued to lie," said Bernadel Jefferson, a pastor who spoke at the legislative hearing. Her 10-year-old grandson, once a high achiever, now gets failing grades and has trouble focusing his thoughts. "It was their God-given responsibility to make sure the water was safe."

The legislative review will also look at the role of the emergency manager system, in which state-appointed managers oversee financially insolvent towns and other public entities. An emergency manager was in charge in Flint at the time of the water source switch.

What sets apart the Flint debacle apart from water contamination problems elsewhere is that it was a man-made disaster, not one solely resulting from aging pipes and infrastructure overdue for replacement, a nationwide problem.

Before Tuesday's hearing, investigators had determined that Snyder's staff reacted sluggishly to early signs of trouble. State health officials cast doubt on a Flint doctor's findings that lead levels in local children had spiked after the water source change.

In what some consider the most puzzling failure of all, officials with the state DEQ not only misread federal regulations dealing with corrosion control but rebuffed a federal scientist who tried to correct them.

"I cannot imagine anyone decided not to use it," said Virginia Tech engineering professor Marc Edwards, who dispatched a team to test Flint's water for lead last summer and has sharply criticized state and federal agencies' performance. "Corrosion control is the best investment a utility can make."

Thinking back on that pivotal 2014 meeting, Glasgow said he'd been under pressure from city officials to prepare for the switchover. He said he'd considered the state regulators seasoned professionals who knew more than he.

Still, he regrets not heeding a gnawing suspicion that the guidance wasn't right.

"I kick myself every day," Glasgow said. "To know that if I could have screamed a little louder or questioned something a bit further, I could have maybe avoided all this, it's something I'll keep on my shoulders for the rest of my life."