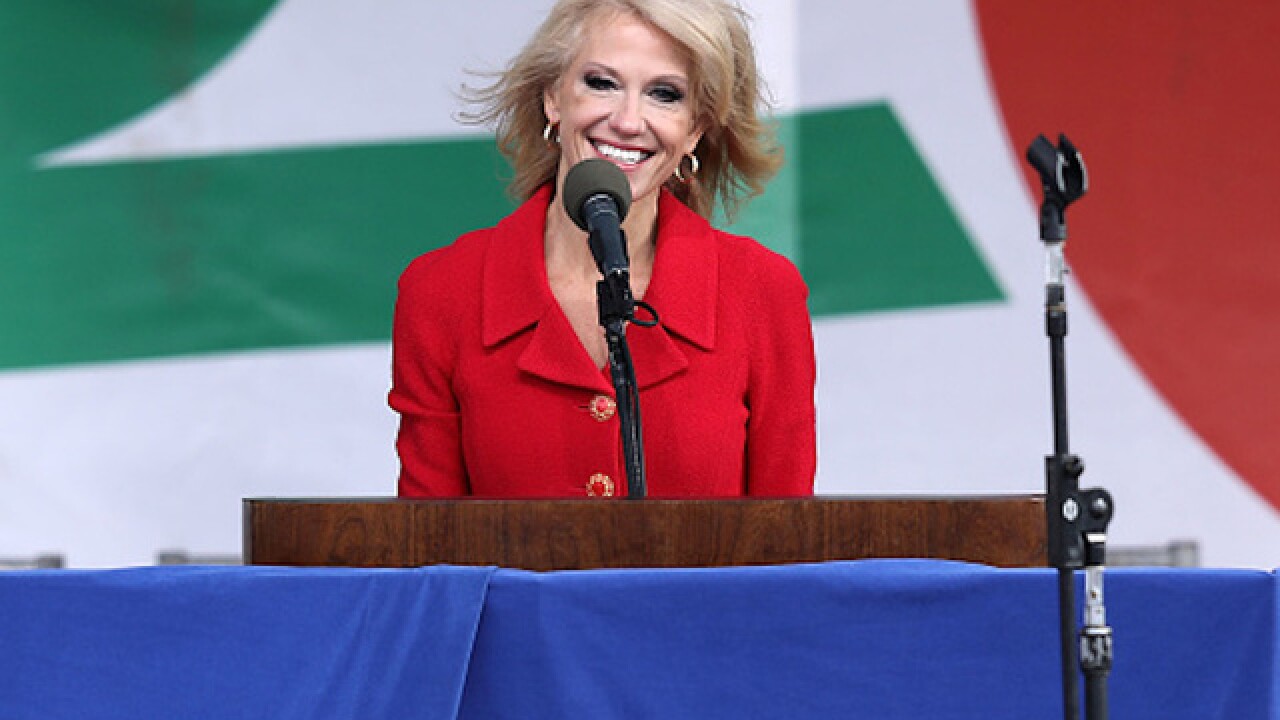 Kellyanne Conway said she misspoke "one word" on MSNBC's "Hardball" last week. But it turns out that she had mentioned the made-up "Bowling Green massacre" at least once before.

Cosmopolitan's Kristen Mascia reported Monday that Conway brought up the "masterminds behind the Bowling Green massacre" in a January 29 telephone interview. Cosmo didn't print the quote at the time.

Conway, a senior advisor to President Trump, said the same thing on "Hardball with Chris Matthews" four days later. After the interview aired, the "massacre" claim was widely derided. A handful of New Yorkers and hundreds of people in Bowling Green even held fake vigils to remember non-existent victims.

Monday's disclosure by Cosmo is likely to cause even more scrutiny of Conway's credibility.

Conway did not respond to a request for comment from CNN on Monday.

During the January 29 interview, Mascia wondered what Conway was talking about, so she Googled the phrase and couldn't find any supporting evidence. Mascia moved on without following up, just as Matthews did during his interview of Conway for MSNBC.

"I was trying to mow through a list of fact checking and follow-up questions that day and had little time to follow her down her usual rabbit holes," Mascia wrote on Facebook Monday.

Later, working with her editors, "we made an editorial choice not to churn out misinformation into the atmosphere without doing proper digging," she wrote.

In light of the MSNBC flap, Mascia and her editors reviewed her transcript and decided to publish the quotes.

"He did, it's a fact," Conway said, according to Cosmo's transcript.

Conway continued: "Why did he do that? He did that for exactly the same reasons. He did that because two Iraqi nationals came to this country, joined ISIS, traveled back to the Middle East to get trained and refine their terrorism skills and come back here and were the masterminds behind the Bowling Green massacre of taking innocent soldiers' lives away."

There was no massacre. Two Iraqi refugees were charged and convicted of trying to send weapons to Iraq, with the aim of attacking American troops there, but the plot was foiled. There was no plot to attack Bowling Green.

Conway said in an interview with Fox News before the Cosmo transcript was revealed that she simply "misspoke" on MSNBC, but that her "haters" would be talking about it "for a week."

Mascia wrote on Facebook that when she saw the "Hardball" interview, "it didn't surprise me that the comment was premeditated and that she'd tried it on multiple writers (who knows who else she auditioned it with, frankly). But others out there may not know this about her, and they should. We must call out the WH for stuff like this because it's egregious and totally unacceptable."

Cosmo reached out to Conway before publishing the "Bowling Green" quotes. In a text exchange on Sunday, Conway said, "Frankly they were terrorists in Bowling Green but their massacre took place in Iraq. At least this got clear-thinking people to focus on what did happen in Bowling Green. I gave new life to that ABC News investigative report and the fact that these two Iraqi nationals came to the US with a plan of death and destruction."

Conway also coined the term "alternative facts" in January while defending Trump's false claim about the size of the crowd at the inauguration.

Some critics have said journalists have to rethink the way they interview Conway and other Trump aides.

"This is a pattern of behavior," communications strategist and former "Apprentice" contestant Tara Dowdell said on CNN's "Reliable Sources" on Sunday.

"If this is the source of information that you're going to get, even if it's fake or false, or it's spin, you've got to adapt to that," he said, emphasizing fact-checking.