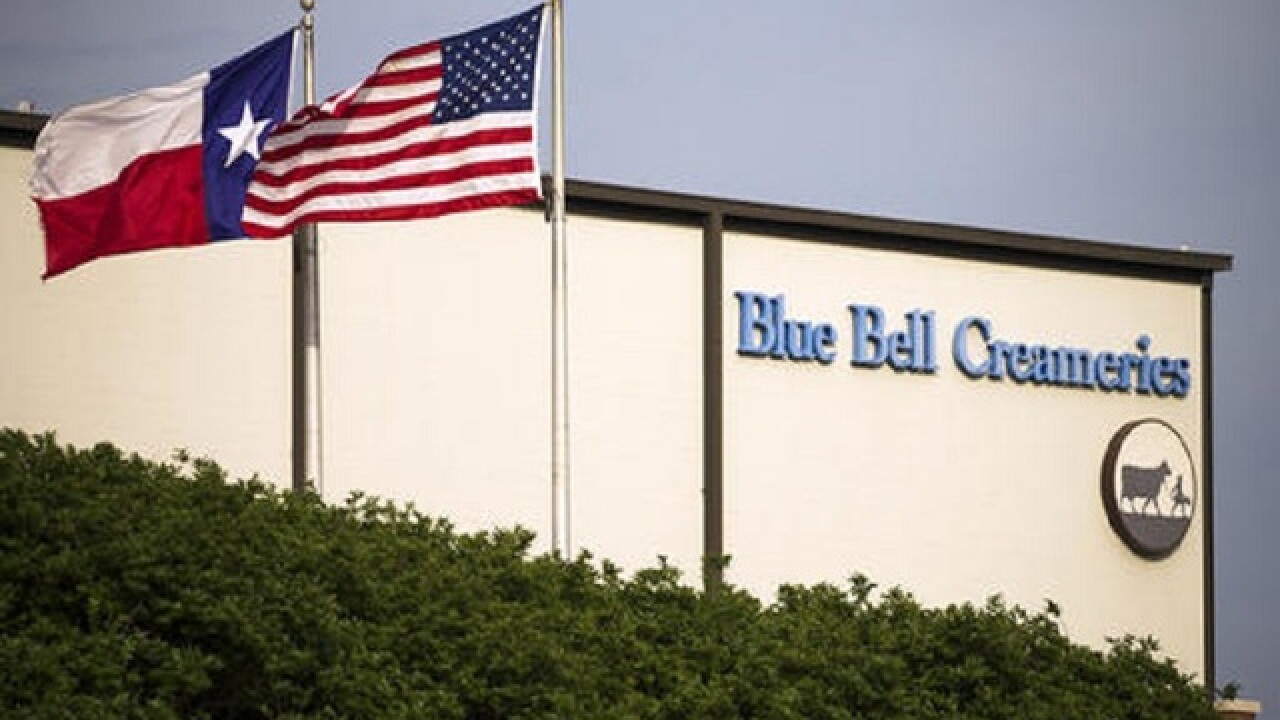 GARNER, Iowa (AP) — An Iowa company is recalling the cookie dough it sold to Blue Bell Creameries and other food companies because it may be contaminated with listeria bacteria.
Dough-maker Aspen Hills notified customers about the recall on Sunday, but it wasn't immediately clear whether any of this cookie dough had reached consumers because the Garner, Iowa, based company doesn't sell directly to consumers. Aspen Hills did not say the companies or states where the dough was sold.
Aspen Hills' cookie dough was implicated in last month's Blue Bell recall because the Texas-based ice cream-maker said its tests confirmed the presence of listeria in the product.
Aspen Hills spokesman Jon Austin said the cookie dough was voluntarily recalled because the company found lapses in its food safety system — such as inadequate documentation and failure to wear proper uniforms — that could have allowed the product to become contaminated.
"Any one of these issues is a matter we would take seriously, but collectively they represent to us an unacceptable lapse in the standards our customers — and we — expect," Austin said.
The company discovered the problems after reviewing its practices after the recall announced last month.
Austin said no illnesses have been linked to the company's products and none of the cookie dough it is recalling this week tested positive for listeria.
The recall includes 22,000 cases of cookie dough made between July 15 and September 30.
Austin said the dough was sold to about 27 food manufacturers, and those companies will determine whether additional products that used the cookie dough as an ingredient should be recalled.
One of those clients, Blue Bell Creameries, announced a recall Monday night of all of its products containing Aspen Hills cookie dough.
The Blue Bell recall involves half-gallons and pints of Blue Bell Chocolate Chip Cookie Dough and Blue Bell Cookie Two Step sold to retailers and three-gallon packages of Blue Bell Blue Monster, Blue Bell Chocolate Chip Cookie and Blue Bell Krazy Kookie Dough sold to food-service clients. They were produced between Feb. 2 and Sept. 7 and distributed in Alabama, Arkansas, Florida, Georgia, Kansas, Kentucky, Louisiana, Mississippi, Missouri, New Mexico, North Carolina, Oklahoma, South Carolina, Tennessee, Texas and Virginia.
Aside from last week's recall because of suspect cookie dough, Brenham, Texas-based Blue Bell halted sales, issued a voluntarily recall of all its products in April 2015 and shut down its three plants due to bacteria contamination that was linked to 10 listeria cases in four states, including three deaths in Kansas. The company resumed selling its products about four months later. Before resuming production, the company said it had implemented new cleaning and sanitizing procedures at its facilities, as well as new testing programs and new employee training.
The ice cream brand is beloved in Texas, where people impatiently awaited its return to store shelves after the recall.
The U.S. Centers for Disease Control and Prevention estimates that listeria causes roughly 1,600 illnesses and 260 deaths ever year in the United States.
Listeria can cause serious, sometimes fatal infections in young children and frail or elderly people, as well as those with weakened immune systems. Healthy people may suffer short-term symptoms such as high fever, severe headache, stiffness, nausea, abdominal pain and diarrhea, but the infection can cause miscarriages and stillbirths among expectant mothers.
Copyright 2016 The Associated Press. All rights reserved. This material may not be published, broadcast, rewritten or redistributed.