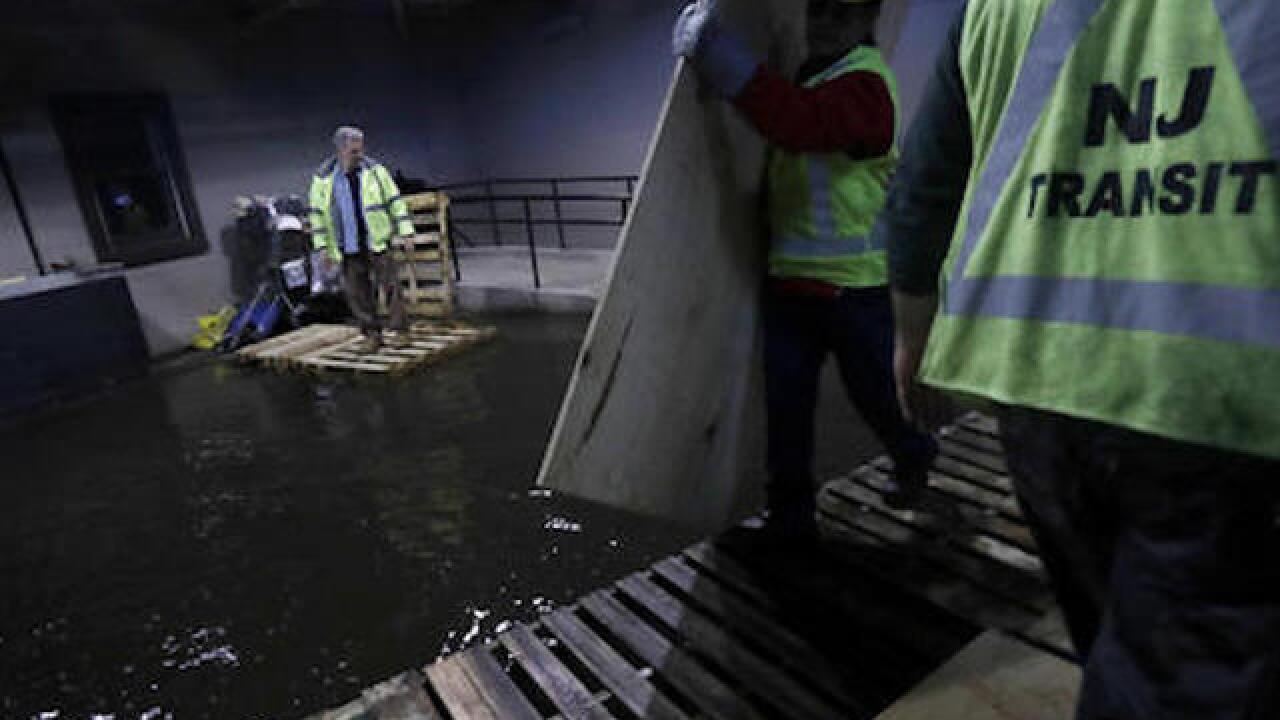 Copyright Associated Press
Julio Cortez
<p>New Jersey Transit workers lay down pallets and boards for commuters to walk on a flooded hallway adjacent to the site of a train crash at the Hoboken Terminal, Friday, Sept. 30, 2016, in Hoboken, N.J. Commuters are using alternative travel in and out of Hoboken a day after a commuter train crashed into the rail station, killing one person and injuring more than 100 people. (AP Photo/Julio Cortez)</p>

NEWARK, N.J. (AP) — New Jersey Transit is implementing a new rule for pulling into two of its stations a week after one of its commuter trains crashed into a terminal, killing a woman on the platform and injuring more than 100 others.

NJ Transit spokeswoman Jennifer Nelson says the conductor must join the engineer whenever a train pulls into Hoboken Terminal or its Atlantic City station. That means a second set of eyes will be watching as a train enters the final phase of its trip at stations where there are platforms at the end of the rails.

The engineer was alone when the train crashed into the Hoboken station last Thursday. He's told federal investigators the train was entering the station at 10 mph, but he had no memory of the crash.