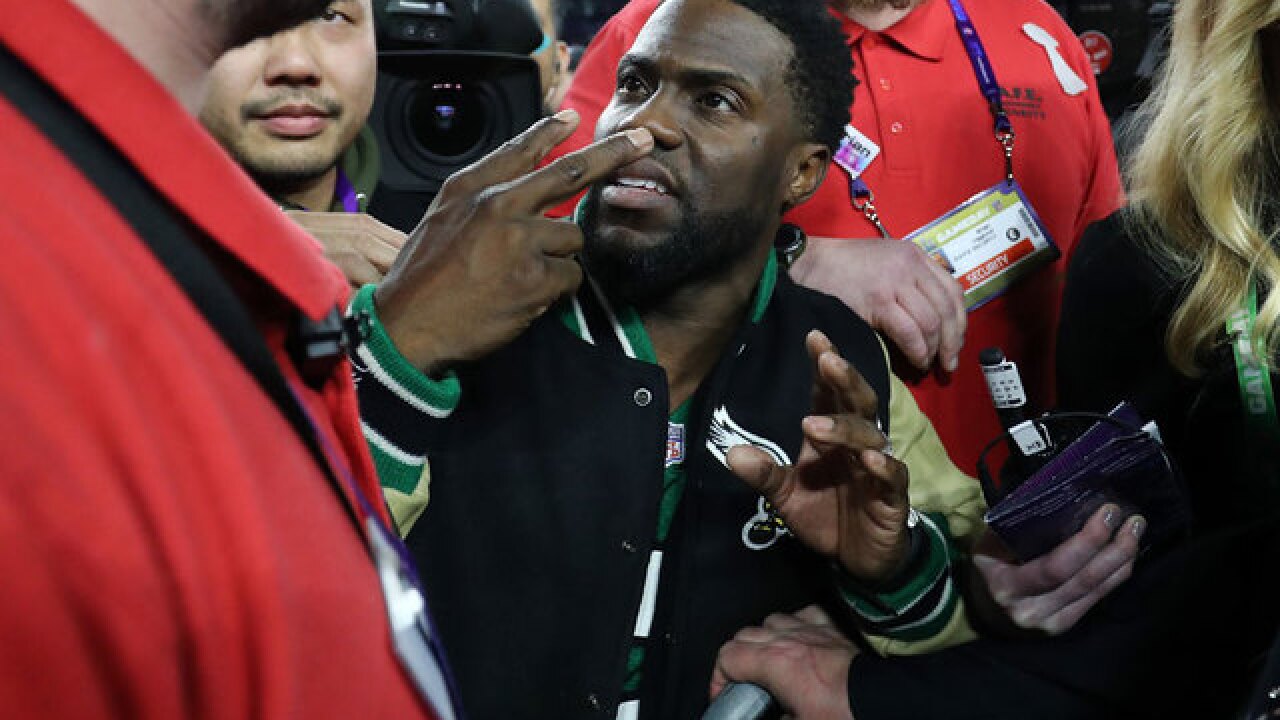 Copyright Getty Images
Elsa
Comedian and Philidelphia native Kevin Hart attempts to get onto the stage following the Eagles 41-33 win over the New England Patriots in Super Bowl LII at U.S. Bank Stadium on February 4, 2018 in Minneapolis, Minnesota.

Despite being surrounded by mammoth-size football players and bulking security guards, it wasn't hard to miss comedian-actor Kevin Hart on the field during the Super Bowl trophy presentation Sunday night.

It turns out the 5-foot 4-inch funnyman from Philadelphia was trying to crash his way onto the very VIP platform where NFL officials hand over the Vince Lombardi trophy to Philadelphia Eagles owners and players.

As cameras followed the trophy through the sea of people on the field, they briefly showed Hart having words with a security guard near the steps of the stage.

After his run-in with on-field security, Hart made his way onto an NFL Network set.

Kevin Hart can't stop making the #Eagles celebration all about himself. pic.twitter.com/s1Eh55C466

"To all the kids out there, don't drink," Hart said. "When alcohol is in your system, you do dumb stuff … Me trying to go on stage with the trophy definitely in the top two stupidest things I've ever done."