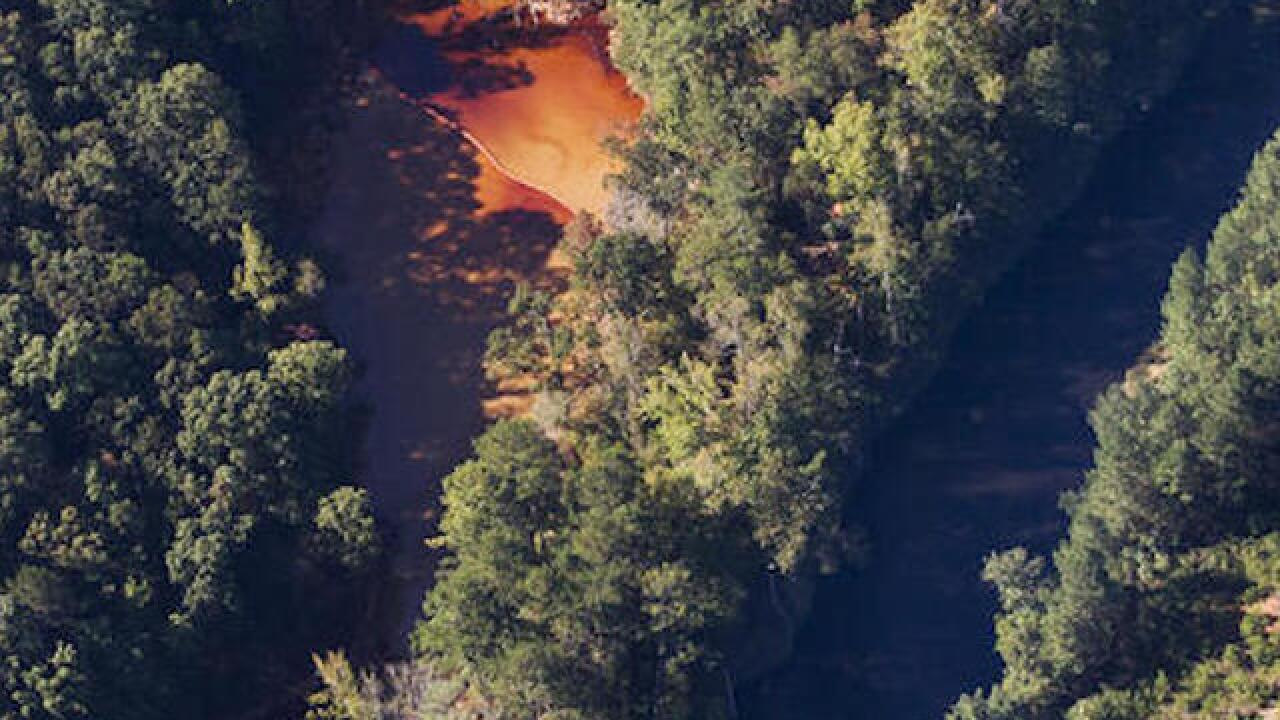 Brynn Anderson
<p>This aerial photo shows a pair of water retention ponds at the site of a pipeline leak, Tuesday, Sept. 20, 2016, near Helena, Ala. The retention pond on the left is where the gasoline has been contained. A main gas line is expected to restart Wednesday with a temporary bypass after a leak and spill in Alabama led to surging fuel prices and some gas shortages across the South, a Colonial Pipeline official said Tuesday. (AP Photo/Brynn Anderson)</p>

ATLANTA (AP) — Colonial Pipeline has restarted the gasoline pipeline in Alabama that was shut down after a major leak, which caused shortages and surging fuel prices across the South.

Company officials say in a statement that the pipeline reopened Wednesday evening. The pipeline leak was discovered Sept. 9 near Helena, Alabama, when state workers noticed a strong gasoline odor and sheen on a man-made retention pond.

The company has estimated that 252,000 to 336,000 gallons of gasoline leaked from the line. The shutdown of the pipeline led to dry pumps at gas stations in Georgia, Tennessee and the Carolinas.

The company says it will take several days for fuel supplies to return to normal in markets served by the pipeline. More than 800 personnel were on site in the restart efforts.