College decides to remove American flag from its campus 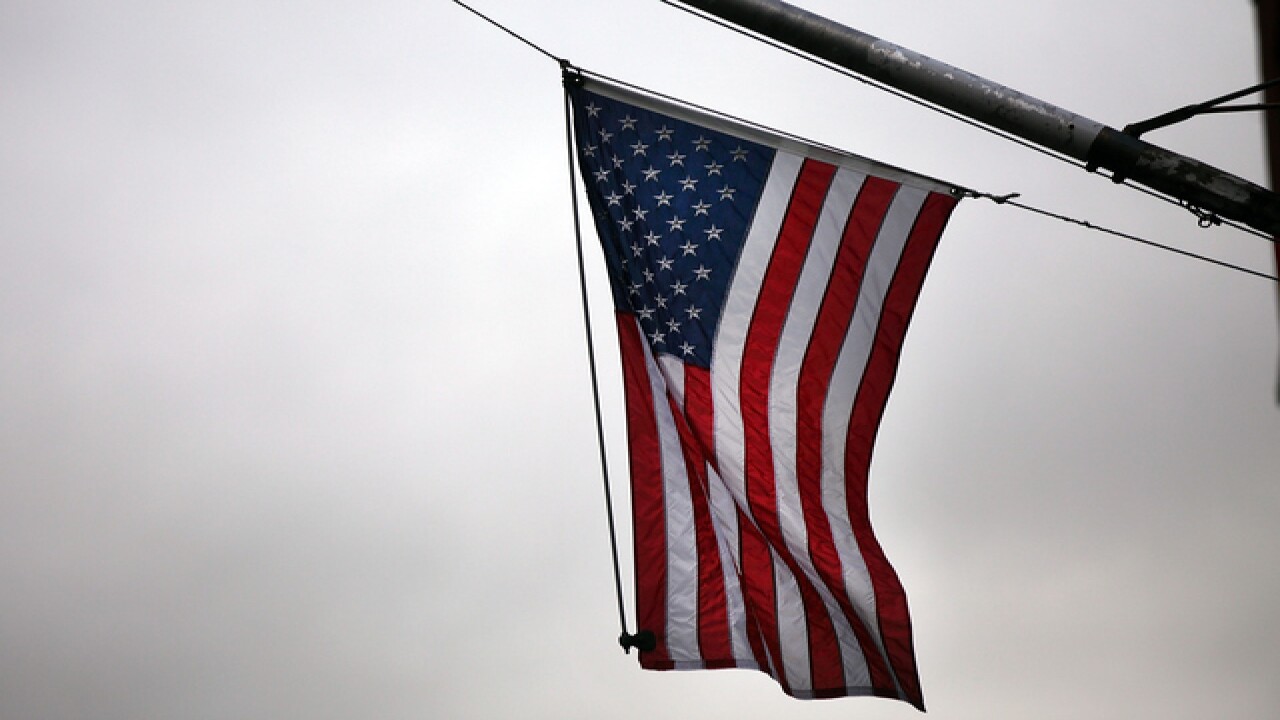 Spencer Platt
<p>NEW YORK, NY - SEPTEMBER 11: A flag flies half-staff at Engine Company 205 / Ladder Company 118 in Brooklyn Heights who lost eight men, including six who died together in their firetruck under the rubble in the 9/11 attacks, on September 11, 2015 in New York City. Throughout the nation people are holding somber gatherings and memorial events to reflect on the 14-year anniversary of September 11, 2001 that resulted in the loss of nearly 3,000 people. (Photo by Spencer Platt/Getty Images)</p>

A Massachusetts college has decided to stop flying flags on its campus after a number of controversies surrounding the American flag.

Issues first arose earlier this month, after students lowered the flag to half mast following Donald Trump’s victory in the 2016 election. A few days later, as the nation prepared to celebrate Veteran’s Day, the flag was removed from its poll and burned.

Hampshire College later replaced the flag, but said it would continue to fly the flag at half staff. According to New York Magazine , the decision was made to “both to acknowledge the grief and pain experienced by so many and to enable the full complexity of voices and experiences to be heard.”

But after receiving continued complaints from students, staff and others, the school decided to remove the flag from campus entirely.

“Our intention was to create the space for meaningful and respectful dialogue across the many perspectives represented in our community. Unfortunately, our efforts to inclusively convey respect and sorrow have had the opposite effect,” Hampshire College President Jonathon Lash said in a Facebook post.

The college says their decision was made to focus the conversation away from the flag and toward fighting against hate speech.

“We hope this will enable us in the near term to instead focus our efforts on addressing racist, misogynistic, Islamophobic, anti-immigrant, anti-Semitic, and anti-LGBTQ rhetoric and behaviors,” Lash said.

According to WCVB-TV , the school said they may fly the flag sometime again in the future.