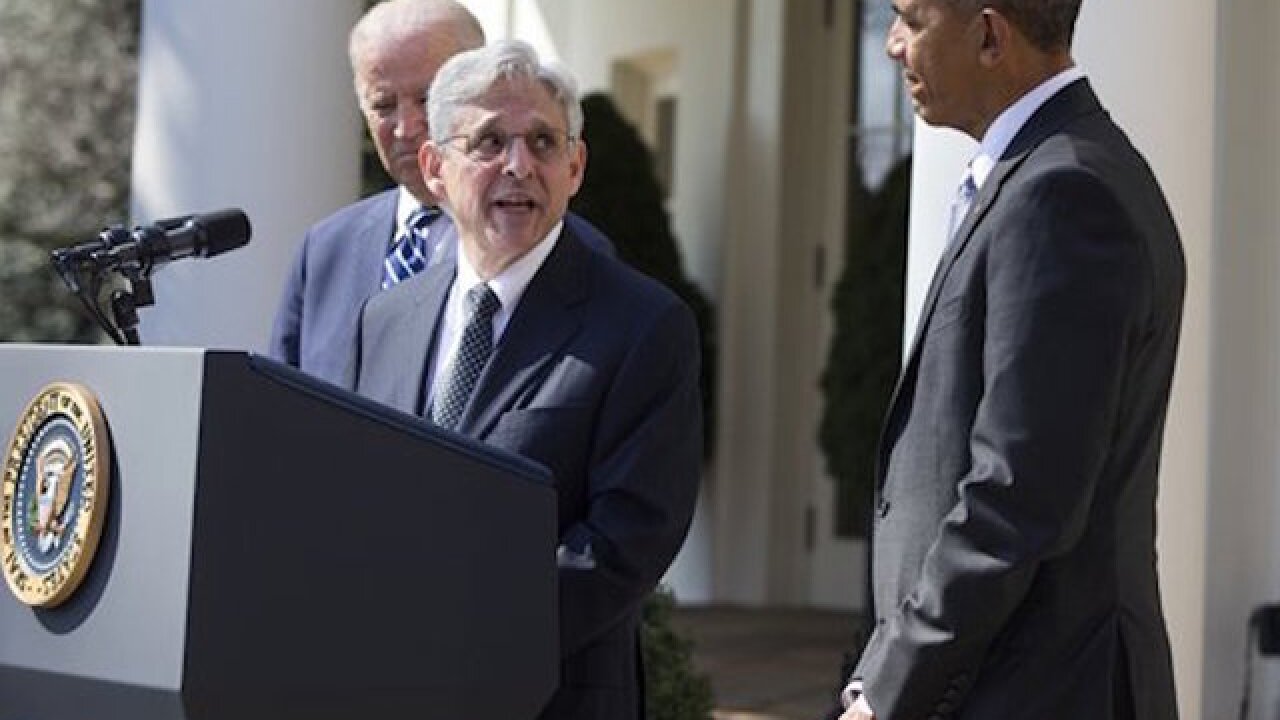 Copyright Associated Press
Evan Vucci
<p>In this March 16, 2016, photo, federal appeals court judge Merrick Garland, center, speaks as President Barack Obama, right, and Vice President Joe Biden listen after he was introduced as Obamaís nominee for the Supreme Court during an announcement in the Rose Garden of the White House in Washington. Obamaís nomination of Garland is putting one of his potential successors in a political bind. Garland has received a cool reception from some of the progressive voters Hillary Clinton is trying to win over in her fight against Sen. Bernie Sanders. (AP Photo/Evan Vucci)</p>

WASHINGTON (AP) — Hillary Clinton wants voters to consider what Republican front-runner Donald Trump might do to shape the Supreme Court.

Clinton planned to use in a speech in Madison, Wisconsin, on Monday to argue that Trump could roll back the rights of individuals, further empower corporations and undo some of the nation's progress.

Clinton was campaigning in Wisconsin ahead of the state's April 5 primary and speaking Monday at the University of Wisconsin about President Barack Obama's nomination of Judge Merrick Garland.

Clinton holds a large lead among delegates against Democratic rival Bernie Sanders but is trying to stamp out the Vermont senator's momentum following his victories in five of the last six states holding contests.

Clinton's campaign said ahead of the speech that the Democratic presidential candidate would call on Senate Judiciary Chairman Charles Grassley of Iowa to commit to giving Garland a hearing. Grassley and Senate Majority Leader Mitch McConnell, R-Ky., have said that the late Justice Antonin Scalia should not be replaced until the next president picks a nominee.

Clinton has said Senate Republicans have no credible reason not to allow Garland's nomination to proceed and receive a vote.

In her speech, Clinton also intends to rebuke Wisconsin Sen. Ron Johnson, who is among the Republicans blocking the Garland nomination. Johnson is among the most vulnerable Senate Republicans facing re-election later this year.

Clinton often notes that the next president will likely make additional nominations to the Supreme Court during the next four years. In the speech, she will say that Americans should be concerned about the kind of nominee that a President Trump might put forward and voters should put the Supreme Court at the front of their minds in 2016.