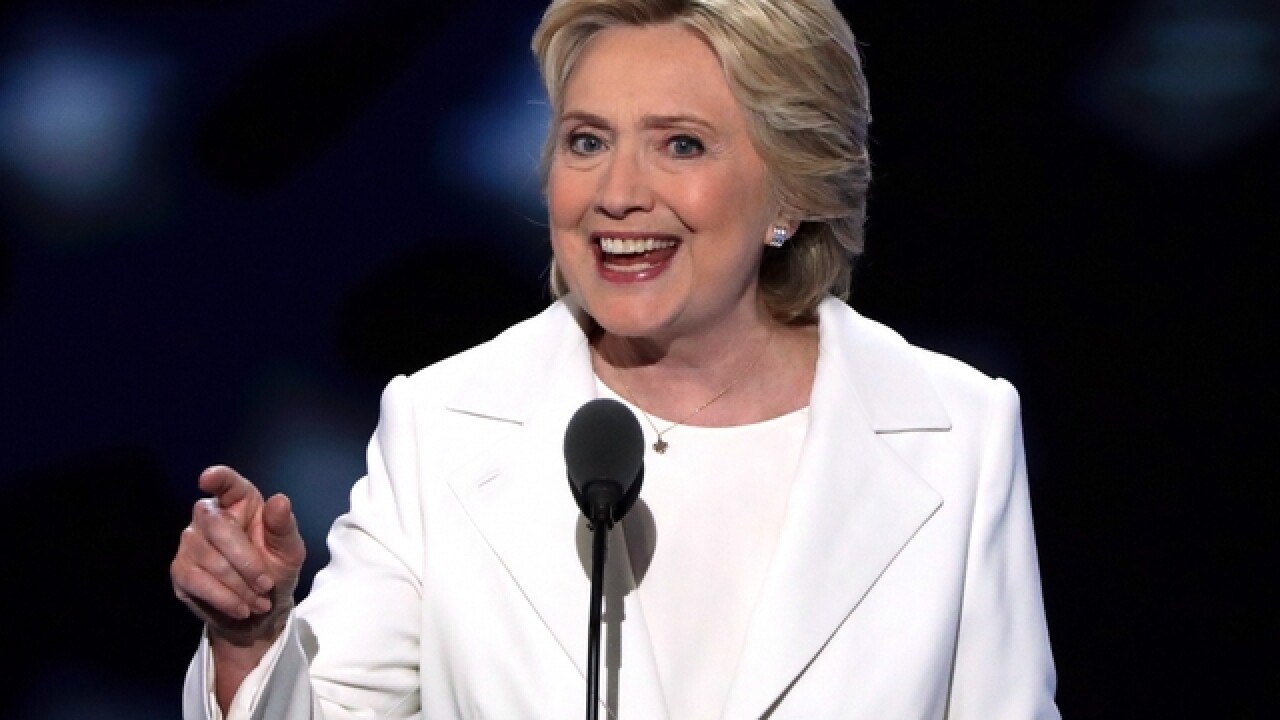 WASHINGTON (AP) — Hillary Clinton acknowledged Friday the challenge she'd face leading a country where most Americans don't trust her, saying she takes "seriously" the work she must do to build confidence in her character.

But the Democratic presidential nominee also claimed that a broad electoral victory over Donald Trump in November would give her the capital needed to push her plans through Congress with Republican support and appeared to blame her political opponents for her low approval ratings.

Clinton pointed to the high ratings she won as secretary of state and as a senator from New York, arguing that voters like her more when she's working than when she's campaigning — something she attributed to campaign attacks on her character.

"Were 67 percent of the people in New York wrong? Were 66 percent of the American public wrong?" Clinton said. "Just maybe, when I'm actually running for a job, there is a real benefit to those on the other side with trying to stir up as much trouble as possible."

Clinton's trustworthiness has emerged as her biggest weakness in the fall campaign, one worsened by her responses to questions about her use of private emails servers as secretary of state and her reluctance to take regular questions from journalists.

Clinton attempted to "clarify and explain" a recent statement on "Fox News Sunday" that FBI Director James Comey had said her answers about her emails practices were "truthful."

"I may have short-circuited and for that I will try to clarify," she said. Comey was speaking solely about her responses in a closed-door FBI interview, and not her public comments on the issue, which have included inconsistencies.

Clinton has claimed she never sent or received anything marked classified. In reviewing the FBI's investigation, Comey said seven e-mail chains dealt with matters that were "that were classified at the Top Secret/Special Access Program level when they were sent and received."

During the short question-and-answer session, Clinton also detailed some of her plans should she win the White House, promising to make an overhaul of America's immigration system a "clear, high priority."

She argued that a broad victory, one that included Democrats winning control of the Senate and tightening their margin in the House, would put pressure on Republicans to come along.

"There's nothing like winning to change minds," she said. "I view the political landscape as increasingly favorable to us making this happen."

That logic would depend on Republicans changing the political calculus they've made over the past eight years. Even when President Barack Obama held majorities in both the Senate and House during his first term, he was still unable to find widespread Republican support for his plans.

Her comments Friday came before an unusual audience: the media. Clinton last held a formal press conference more than eight months ago. Aides says she's conducted over 300 interviews since launching her campaign, but she has shied away from open forums where reporters can ask questions.