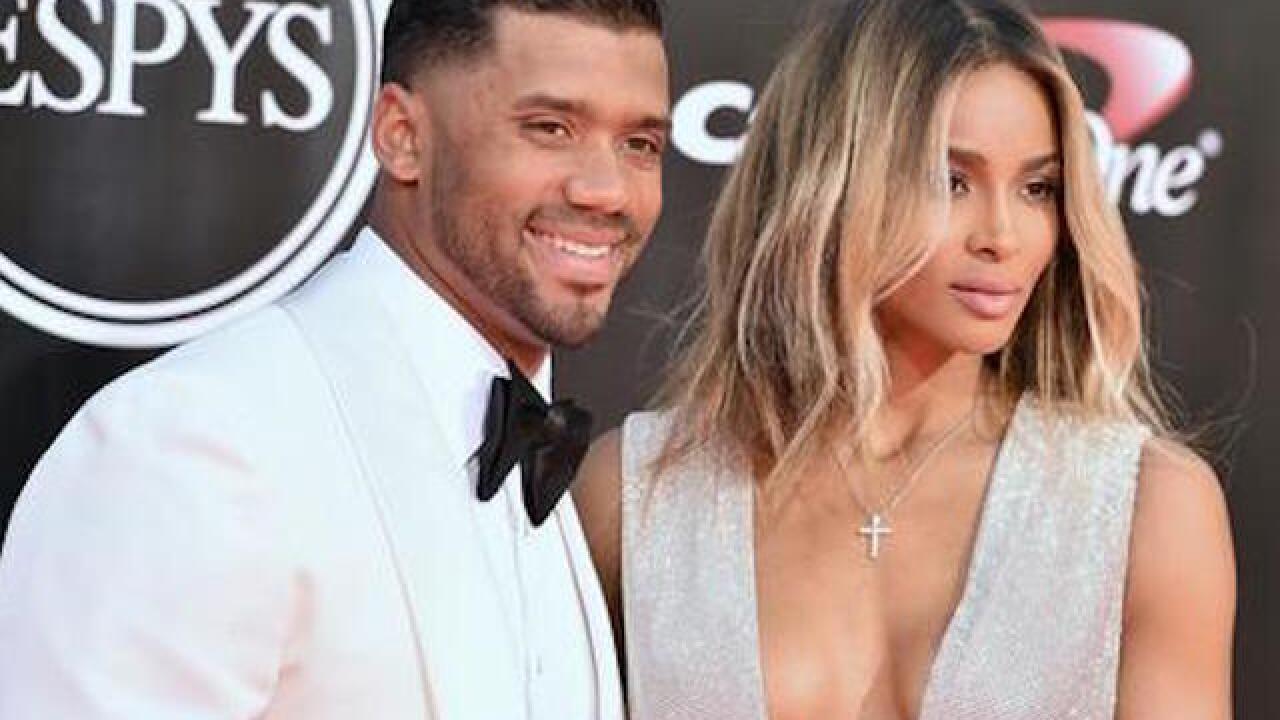 Ciara is expecting her first child with Seattle Seahawks quarterback Russell Wilson, three months after the couple tied the knot.

Both stars announced the pregnancy by sharing the same photo on Instagram on Tuesday night. Ciara, who turned 31 Tuesday, says she is "excited to Finally share one of the Greatest Gifts of All that God could give." Wilson calls the baby , "The Greatest Blessing of All."

This is the 27-year-old Wilson's first child. Ciara has a 2-year-old son from a previous relationship with rapper Future.

Wilson and Ciara famously abstained from sex before their July wedding in England. They had been dating since early last year.