Cheeto that resembles Harambe sells for nearly $100K on eBay 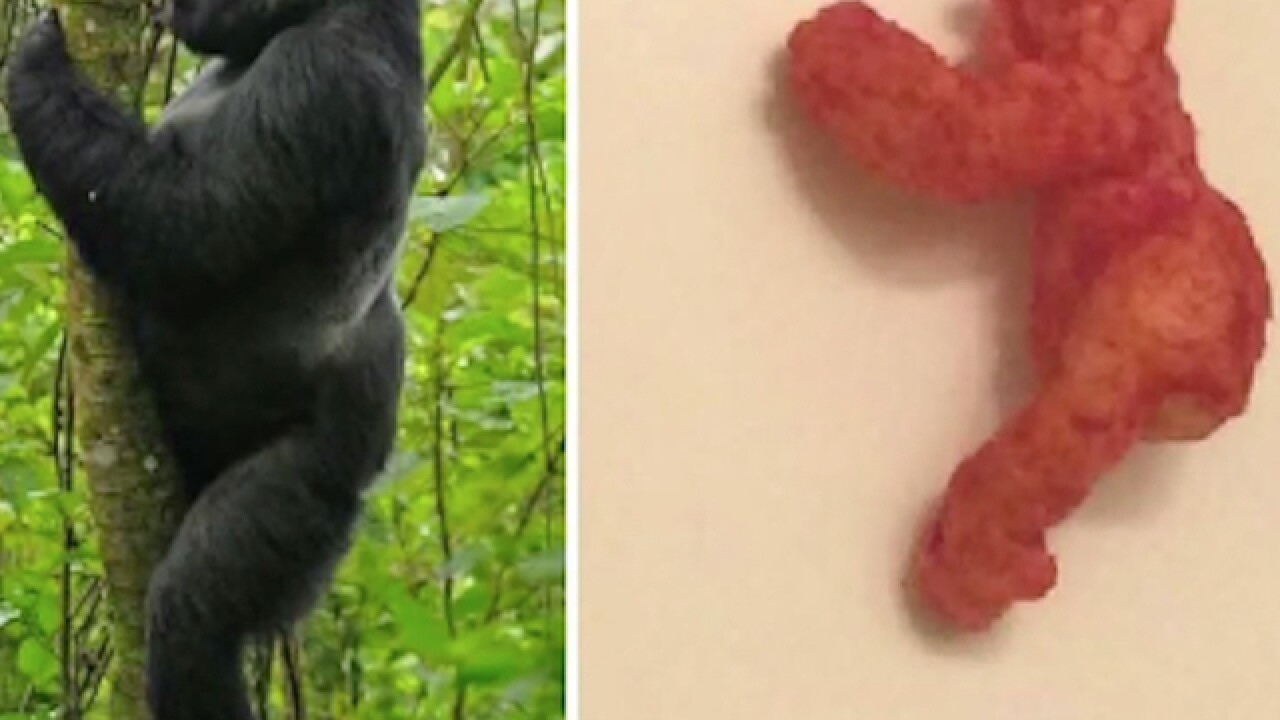 (CNN) -- In the 26th century BC, the Egyptians constructed the Great Pyramid of Giza, an architectural marvel that would remain the tallest structure in the world for millennia, and still stands to this day.

In 1499 AD, Michelangelo completed the Pieta, a transcendent marriage of classical ideals and divine imagination long considered one of the finest works ever freed from stone.

In 2017, a Flamin' Hot Cheeto that looks like a dead gorilla was put up for sale on the internet.

Well, we had a good run.

We're going to choose NOT to believe the Cheeto -- which "looks like Harambe the Gorilla" in the way any given Cheeto looks like anything -- sold for almost $100,000 after a 132-episode bidding war.

That's what the eBay page says, but if you believe that, then you are admitting the flame of human innovation dies here, snuffed out under an amorphous log of cornmeal and monosodium glutamate.

The seller of this foul totem does, however, appear to be legit. The account has been active since 2008 and has enough buyer and seller feedback for there to be a dim possibility that someone doled out a luxury cars' worth of cash on a Cheeto. CNN has reached out for comment. Really, we did.

To salt the wound, there are now dozens of Harambe Cheeto-related items polluting the eBay listings, a cruel burlesque at the nadir of consumerism and irony and possibly humanity itself.

If you want one, you can buy one with your hard-earned money. Or, you could open upon any bag of Cheetos and squint. It doesn't matter. Nothing matters anymore.