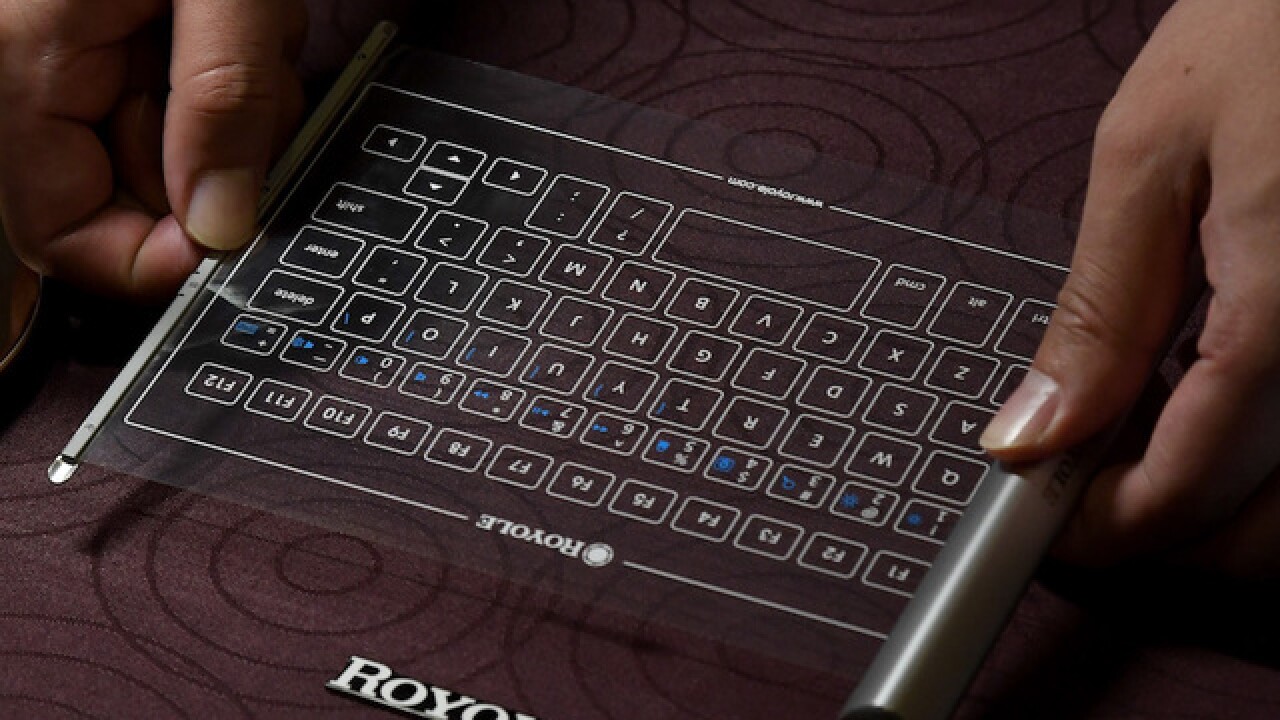 Image copyright 2017 Getty Images. All rights reserved. This material may not be published, broadcast, rewritten, or redistributed.
Ethan Miller
<p>Royole's flexible keyboard that can connect to a smart device is displayed during a press event for CES 2017 at the Mandalay Bay Convention Center on January 4, 2017 in Las Vegas, Nevada. CES, the world's largest annual consumer technology trade show, runs from January 5-8 and is expected to feature 3,800 exhibitors showing off their latest products and services to more than 165,000 attendees. </p>

It's been 50 years since the first Consumer Electronics Show opened in New York City.

Today, CES is in Las Vegas, and it's huge — it spans 2.47 million net square feet of exhibit space for more than 175,000 visitors checking out the latest in technology and gadgets.

Click to see photos of what's been revealed at CES 2017

There have already been some surprising reveals, such as the Acer Predator 21 X — a powerful laptop built for gaming that costs $9,000. It's screen is 21 inches and curved, and the machine includes nine heat pipes to keep it cool.

The Acer Predator 21 X will be made available to consumers in February, according to CNET.

LG revealed a new television, and it's called the "W7" as the "W" stands for "wallpaper" because it has an appearance of wall art. There's a photo in a CNET article comparing the W7's thickness to that of a door key.

Also on exhibit at CES 2017 is the Mars levitating speaker from crazybaby, which is available to consumers now and costs between $300-$400. The speaker stays in the air and slowly lands on the base when its battery gets low.