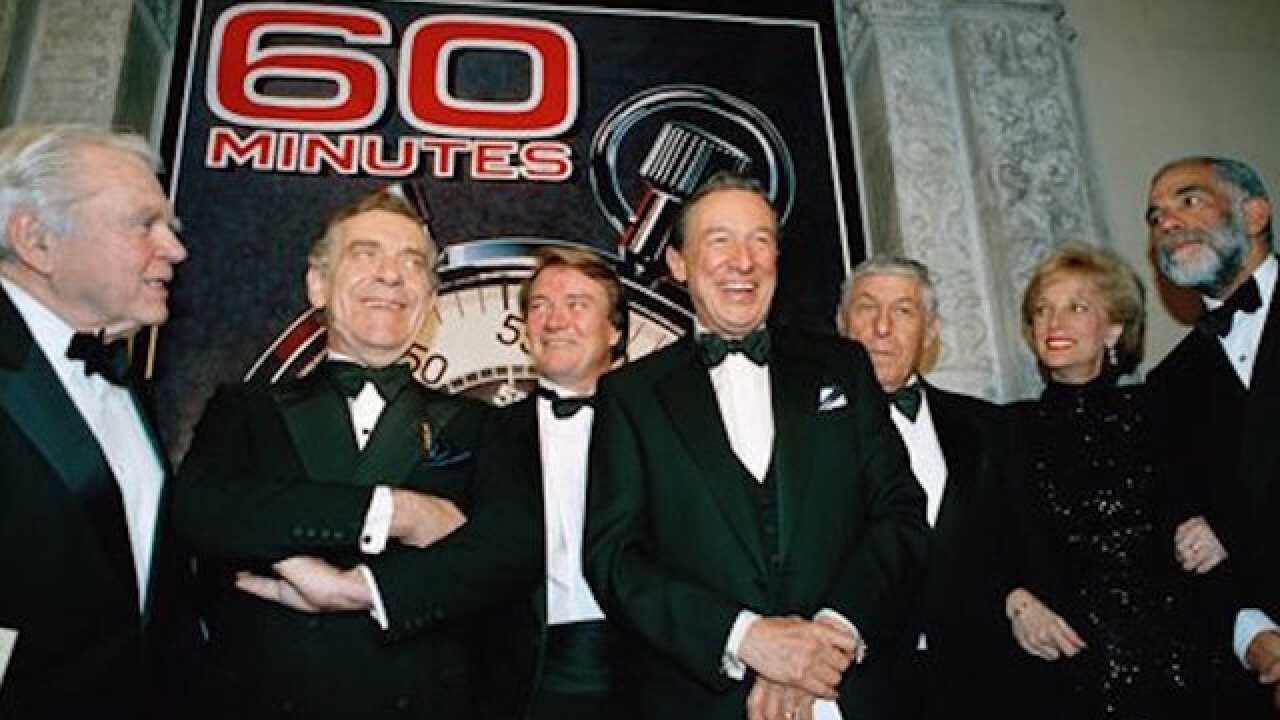 Copyright Associated Press
MARK LENNIHAN
<p>FILE - In this Nov. 10, 1993 file photo, the "60 Minutes" team, from left, Andy Rooney, Morley Safer, Steve Kroft, Mike Wallace, executive producer Don Hewitt, Lesley Stahl, and Ed Bradley pose for photographers at the Metropolitan Museum of Art in New York. Safer, who's been a correspondent on "60 Minutes" for all but two of the show's 48 seasons, is retiring. The network said Wednesday, May 11, 2016 it will mark the occasion with an hour-long special on Safer's career Sunday after the regular edition of "60 Minutes." (AP Photo/Mark Lennihan, file)</p>

The network will mark the occasion with an hour-long special on Safer's career Sunday after the regular edition of "60 Minutes."

"It's been a wonderful run, but the time has come to say goodbye to all of my friends at CBS and the dozens of people who kept me on the air," Safer said. "But most of all I thank the millions of people who have been loyal to our broadcast."

His craggy face and voice deepened by cigarettes are familiar to all who watched television's first and still most popular newsmagazine. Safer is a living link to the show's combustible glory years with founding executive Don Hewitt, correspondent Mike Wallace and humorist Andy Rooney, when "60 Minutes" was often the most-watched show on television.

Safer's first report on "60 Minutes" in 1970 was about the training of U.S. Sky Marshals. His 919th and last, a profile of Danish architect Bjarke Ingels, was broadcast in March. At 84 and dealing with health issues, Safer had cut back on work in recent years and was seen in a wheelchair at fellow correspondent Bob Simon's funeral last year.

Safer interviewed Ruth Madoff in 2011 about her husband's Ponzi scheme, and his 1983 story about Lenell Geter, a Texas man wrongfully convicted and sentenced to life in prison for armed robbery, won Geter's release.

A generalist in the show's tradition, Safer was also known for stories about the art world and profiles of Anna Wintour, Jackie Gleason and Katharine Hepburn.

"Morley has had a brilliant career as a reporter and as one of the most significant figures in CBS News history, on our broadcast and in many of our lives," said Jeff Fager, the show's executive producer. "Morley's curiosity, his sense of adventure and his superb writing, all made for exceptional work done by a remarkable man."

Fager, who was assigned to Safer's team as a young reporter, kept on his office wall a framed remnant of a curtain that was the landing place for a cup of coffee Safer once threw at him. Fortunately, Safer missed.

The Toronto-born Safer was the first Saigon bureau chief for CBS News, and his 1965 report on U.S. Marines burning the Vietnamese village of Cam Ne was a turning point in attitudes toward the war. He broadcast a report from inside China when it was still largely a closed society in 1967 and, as a Canadian Broadcast Corp. reporter, witnessed the building of the Berlin Wall in Germany in 1961.

He was a London bureau chief for CBS News in the late 1960s before joining "60 Minutes."

His departure leaves Steve Kroft and Lesley Stahl as the senior correspondents on the newsmagazine, still a fixture on CBS' schedule Sundays at 7 p.m. ET.