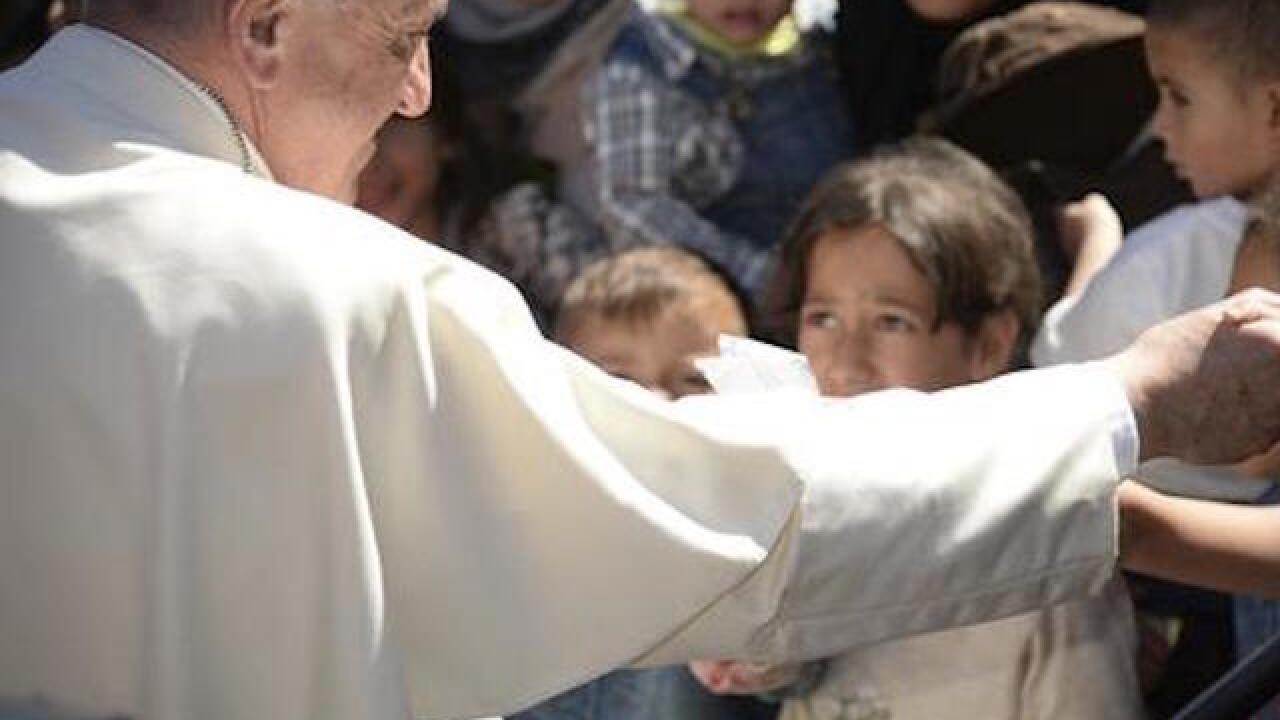 Copyright Associated Press
Filippo MONTEFORTE
<p>Pope Francis meets refugees at the Moria refugee camp, on the Greek island of Lesbos, Saturday, April 16, 2016. Pope Francis travelled Saturday to Greece for a brief but provocative visit to meet with refugees at a detention center as the European Union implements a controversial plan to deport them back to Turkey. (Filippo Monteforte/Pool Photo via AP)</p>

VATICAN CITY (AP) — The Vatican on Tuesday published guidelines for Catholics who want to be cremated, saying their remains cannot be scattered, divvied up or kept at home but rather stored in a sacred, church-approved place.

The new instructions were released just in time for Halloween, and All Souls Day on Nov. 2, when the faithful are supposed to pray for and remember the dead.

For most of its 2,000-year history, the Catholic Church only permitted burial, arguing that it best expressed the Christian hope in resurrection. But in 1963, the Vatican explicitly allowed cremation as long as it didn't suggest a denial of faith about resurrection.

The new document from the Vatican's Congregation for the Doctrine of the Faith repeats that burial remains preferred but lays out guidelines for conserving ashes for the increasing numbers of Catholics who choose cremation.

It said it was doing so to counter what it called "new ideas contrary to the church's faith" that had emerged since 1963, including New Age-y ideas that death is a "fusion" with Mother Nature and the universe, or the "definitive liberation" from the prison of the body.

To set the faithful straight, the Vatican said ashes and bone fragments cannot be kept at home, since that would deprive the Christian community as a whole from remembering the dead. Rather, church authorities should designate a sacred place, such as a cemetery or church area, to hold them.

Only in extraordinary cases can a bishop allow ashes to be kept at home, it said.

The document said remains cannot be divided among family members or put in lockets or other mementoes. Nor can the ashes be scattered in the air, land or sea since doing so would give the appearance of "pantheism, naturalism or nihilism," the guidelines said.

It repeated church teaching that Catholics who choose to be cremated for reasons contrary to the Christian faith must be denied a Christian funeral.

The new instruction carries an Aug. 15 date and says Pope Francis approved it March 18. It wasn't clear if the guidelines were retroactive or what Catholics should do if they have disposed of their loved ones in ways now deemed improper.