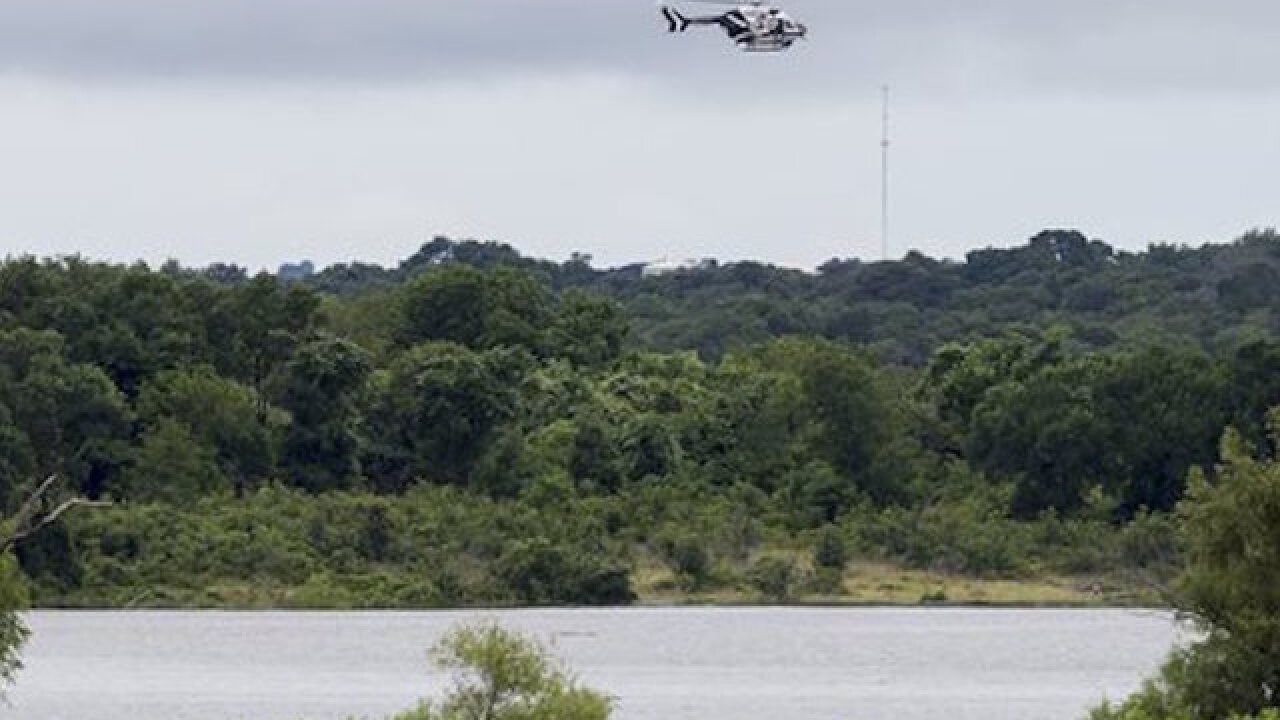 The Temple Daily Telegram via AP
Michael Miller
<p>A Texas DPS helicopter flies over Lake Belton near the scene of an accident at Fort Hood at Owl Creek Park near Gatesville, Texas, on Thursday, June 2, 2016. Fort Hood says several soldiers are dead and six are missing after an Army troop truck was washed from a low-water crossing and overturned in a rain-swollen creek at Fort Hood in Central Texas. A statement from the Texas Army post says the accident happened about 11:30 a.m. Thursday in an area near Cold Springs and Owl Creek. (Michael Miller/The Temple Daily Telegram via AP) </p>

SINGAPORE (AP) — The U.S. military will investigate and attempt to learn from the tragic loss of life in two incidents Thursday, one in Texas, the other in Tennessee, U.S. Defense Secretary Ash Carter said Friday.

Speaking in Singapore, where he was conferring with his Singaporean counterpart on Southeast Asian security issues, Carter expressed condolences to the families of those killed.

"With respect to the fact that both of these were losses, safety issues, in training we are going to make sure that we learn lessons that we can from investigations that we conduct after these incidents and take actions in the future to prevent such accidents," he said.

Five soldiers were killed and four were missing after a troop carrier overturned Thursday in a rain-swollen creek at Fort Hood. In the other incident, a pilot was killed when his Blue Angels fighter jet crashed near Nashville.