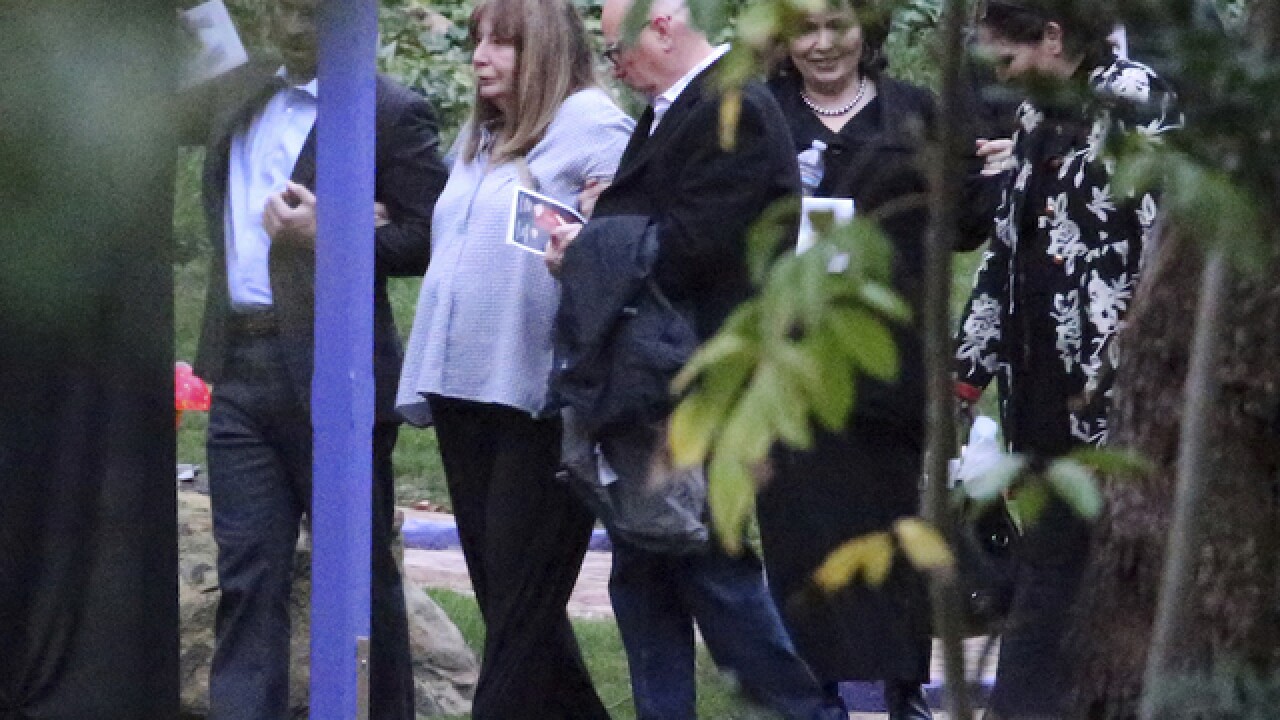 LOS ANGELES (AP) — Carrie Fisher, who has been laid to rest alongside her mother Debbie Reynolds, was adored by family, friends and fans for her gallows humor and frank talk about her struggles with mental illness.

What better home for her ashes then, her brother Todd Fisher and daughter Billie Lourd decided, than a porcelain urn in the shape of an outsized anti-depressant?

"Carrie's favorite possession was a giant Prozac pill that she bought many years ago," Todd Fisher said Friday as he left the private joint funeral at Forest Lawn - Hollywood Hills for his mother and sister. "She loved it, and it was in her house, and Billie and I felt it was where she'd want to be," he said.

Other than Carrie Fisher's cremation and unique urn, nearly no details were revealed about the ceremony, or about what form the two women's graves took.

The funeral came a day after the two actresses were eulogized by family and close friends at a private memorial service at their neighboring homes in Coldwater Canyon, about 10 miles west.

Fisher, who played Princess Leia in four "Star Wars" films, died at age 60 on Dec. 27. Reynolds, star of "Singin' in the Rain" and many other classic musicals, died a day later at age 84.

Todd Fisher said Friday he'll remember his mother and sister most for their resilience, and said both reminded him of Reynold's role in 1964's "The Unsinkable Molly Brown."

He added, "we have so much of them that was left behind, all my sister's words, and all the movies and all the things they created, and that's what we need to remember."

"We'll have a bigger service down the road for the public and all the family friends, but this was a private family service," Todd Fisher said. "It was fitting and it was beautiful."