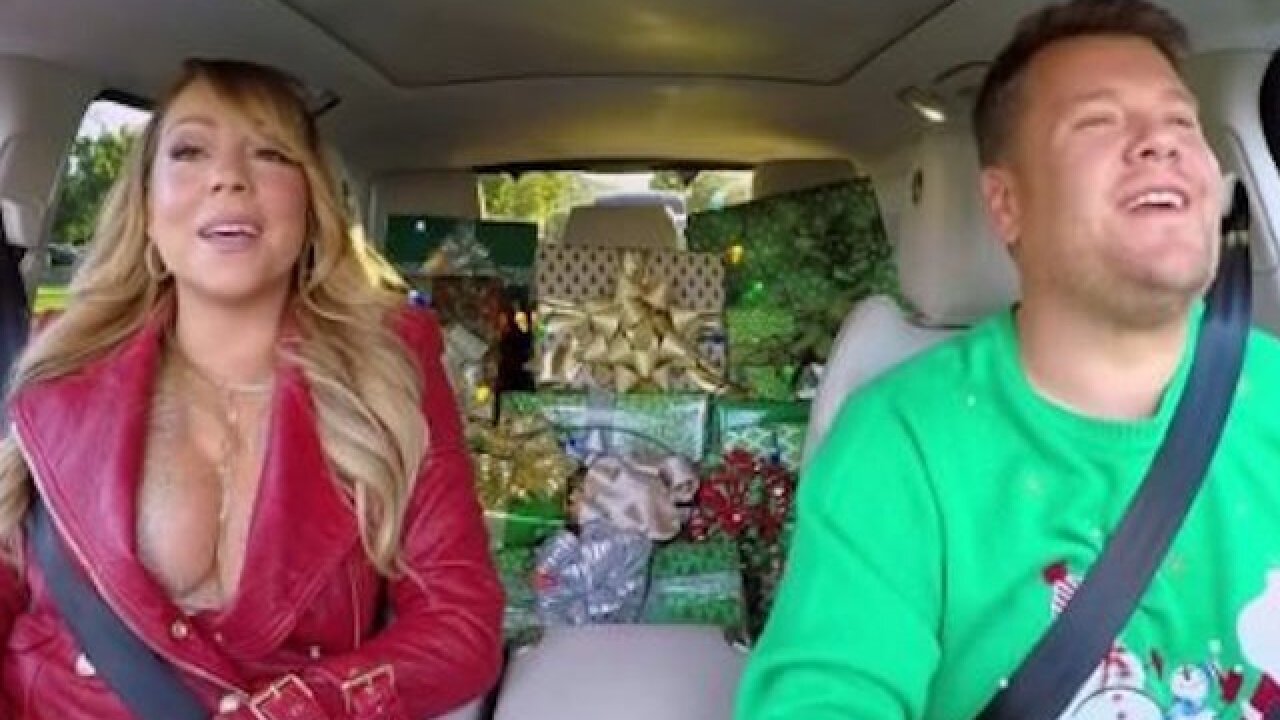 CNN
CBS
<p>All Mariah Carey wanted for Christmas was for James Corden to sing her song, &quot;All I Want for Christmas.&quot; And the &quot;Late Late Show&quot; host was more than happy to oblige in the latest &quot;Carpool Karaoke.&quot;</p>

(CNN) -- All Mariah Carey wanted for Christmas was for James Corden to sing her song, "All I Want for Christmas." And the "Late Late Show" host was more than happy to oblige in the latest "Carpool Karaoke."

In a special edition of the segment unveiled Thursday night, Corden was joined by some of music's biggest names for a Christmas-themed sing-a-long that's really a gift to us all.

Adele, Elton John, Selena Gomez, Lady Gaga, and Chris Martin brought the holiday spirit in the video, which was compiled throughout the year as the aforementioned celebs filmed their own episodes of the uber-popular segment.

The group effort comes just days after the show premiered it's latest musical ride-along featuring Bruno Mars. The video has been viewed more than 17 million times in just two days.