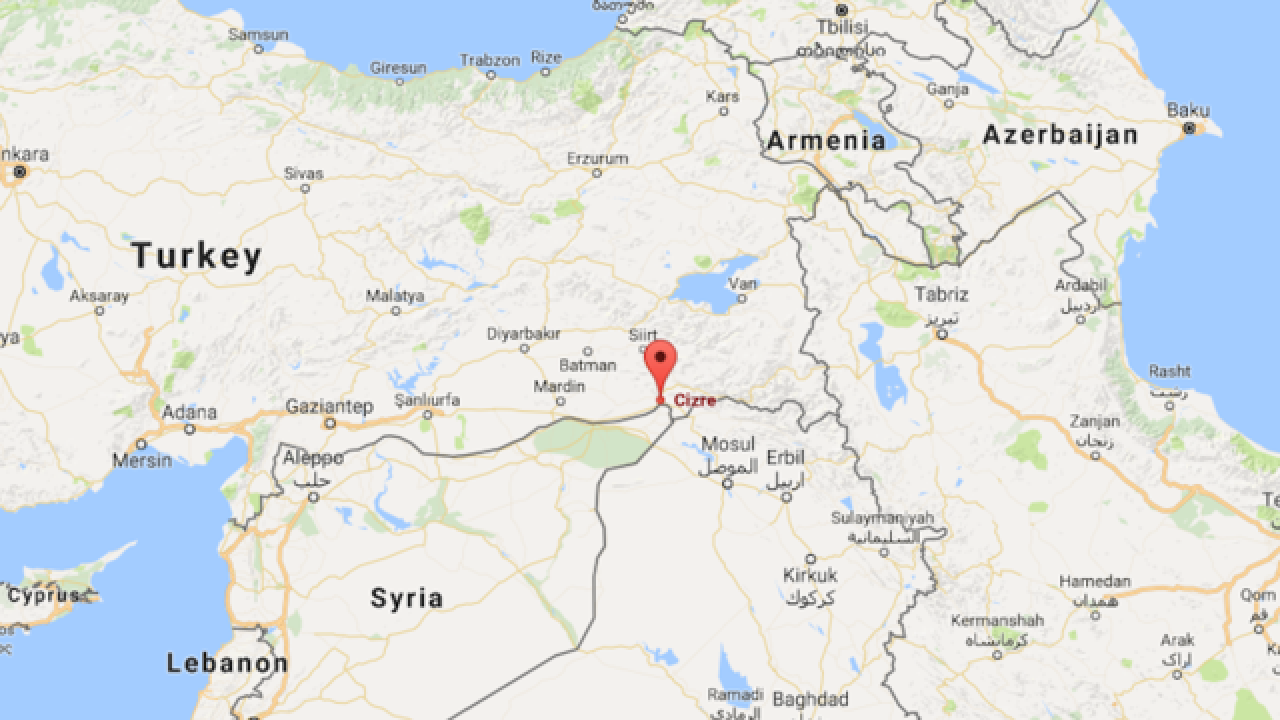 ANKARA, Turkey (AP) — A Kurdish militant suicide bomber rammed an explosives-laden truck into a checkpoint near a police station in southeast Turkey on Friday, killing at least 11 police officers and wounding 78 other people, the prime minister said.

The attack struck the checkpoint 50 meters (yards) from a main police station near the town of Cizre, in the mainly-Kurdish Sirnak province that borders Syria.

There was no immediate claim of responsibility for the attack, which was the latest in a string of bombings targeting police or military vehicles and facilities. Authorities have blamed the Kurdistan Workers' Party, or PKK, for those attacks.

Prime Minister Binali Yildirim said the attack was a PKK suicide bombing carried out with an explosives-laden truck. He vowed to "destroy the terrorists."

"No terrorist organization can take the Turkish Republic hostage," he told reporters in Istanbul. "We will give these scoundrels every response they deserve."

Turkey sent tanks across the Syrian border following weeks of deadly attacks by the PKK and the Islamic State group. The operation aims to help Syrian rebels retake Jarablus, a key IS-held border town, and to contain the expansion of Syrian Kurdish militia who are linked to the PKK.

Heightened PKK attacks inside Turkey could prompt Turkey to take bolder moves against the Syrian Kurds. On Thursday, the state-run Anadolu Agency reported that Turkish artillery fired at a group Syrian Kurdish fighters who were seen advancing north toward Jarablus despite Turkish warnings for them to retreat.

"This attack, which comes at a time when Turkey is engaged in an intense struggle against terrorist organizations both within and outside its borders, only serves to increase our determination as a country and a nation," President Recep Tayyip Erdogan said in a written statement.

Violence between the PKK and the security forces resumed last year, after the collapse of a fragile two-year peace process between the government and the militant group. Hundreds of security force members, militants and even civilians have been killed since.

At the same time, Turkey has been afflicted by deadly attacks blamed on Islamic State militants, including a suicide bombing at a Kurdish wedding in southeast Turkey last week that killed 54 people and an attack on Istanbul's main airport in June that killed 44 people.

Television footage showed black smoke rising from the mangled truck. The three-story police station was gutted from the powerful explosion.

According to Sirnak governor's office, three of the wounded were civilians. The Health Ministry sent 12 ambulances and two helicopters to the site.

Cizre was placed under 24-hour curfew for several weeks earlier this year, as the security forces launched operations to root out Kurdish militants. A Turkish human rights group said scores of civilians were killed in the operations.

Since hostilities with the PKK resumed last summer, more than 600 Turkish security personnel and thousands of PKK militants have been killed, according to the Anadolu Agency. Human rights groups say hundreds of civilians have also been killed.

The PKK is considered a terror organization by Turkey and its allies. Some 40,000 people have been killed since the conflict started in 1984.

The attacks on police come as the country is still reeling from a violent coup attempt on July 15 that killed at least 270 people. The government has blamed the failed coup on the supporters of U.S.-based Muslim cleric Fethullah Gulen and has embarked on a sweeping crackdown on his followers.