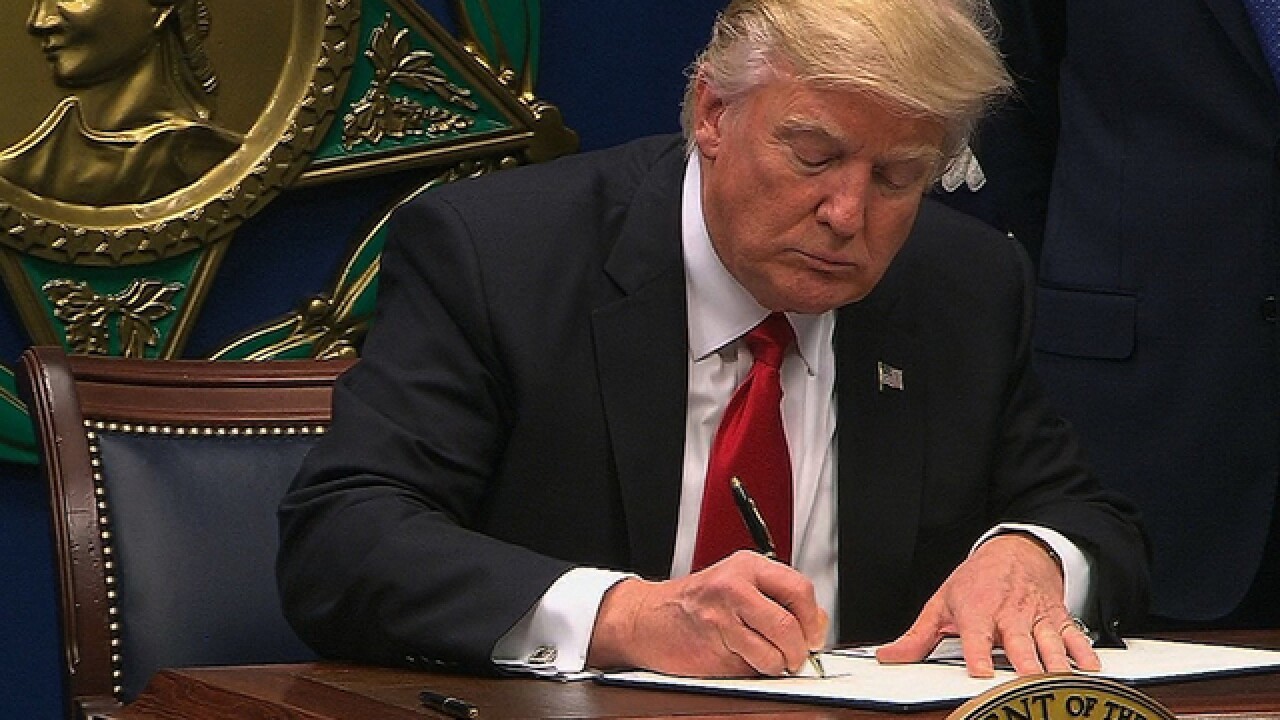 © 2017 Cable News Network, Inc.
CNN
<p>President Donald Trump took executive action on curbing access visas and limiting refugees coming to the US. The executive action is called "Protection of the nation from foreign terrorist entry into the United States," which institutes what the President has called "extreme vetting" of immigrants.</p>

(CNN) -- A Canadian school district that's home to 35,000 students has canceled all field trip to the US until there's "clarity" on President Trump's travel ban.

The decision by the Greater Essex County District School Board stands until administrators know for sure whether students will be able to travel safely across the border.

"We have a student population with a very diverse background," school board spokesman Scott Scantlebury told CNN.

"Some students would be traveling as Canadian-dual nationals and some students might be traveling with passports from a foreign country. So as a result, we are waiting to get clarity before continuing these trips to Detroit."

The Greater Essex County District School Board has schools in nine municipalities including Windsor, which sits across the Detroit River.

"We will wait to see what happens at the end of the month and re-evaluate then. Hope to have some clarity and hope to re-establish these opportunities for our students," Scantlebury said.

A trip to the Holocaust Memorial Center in Farmington Hills, and a trip to see "The Lion King" at Detroit Opera House have both been canceled.

Earlier this month, an appeals court ruled it can't go into effect until a final ruling can be made.