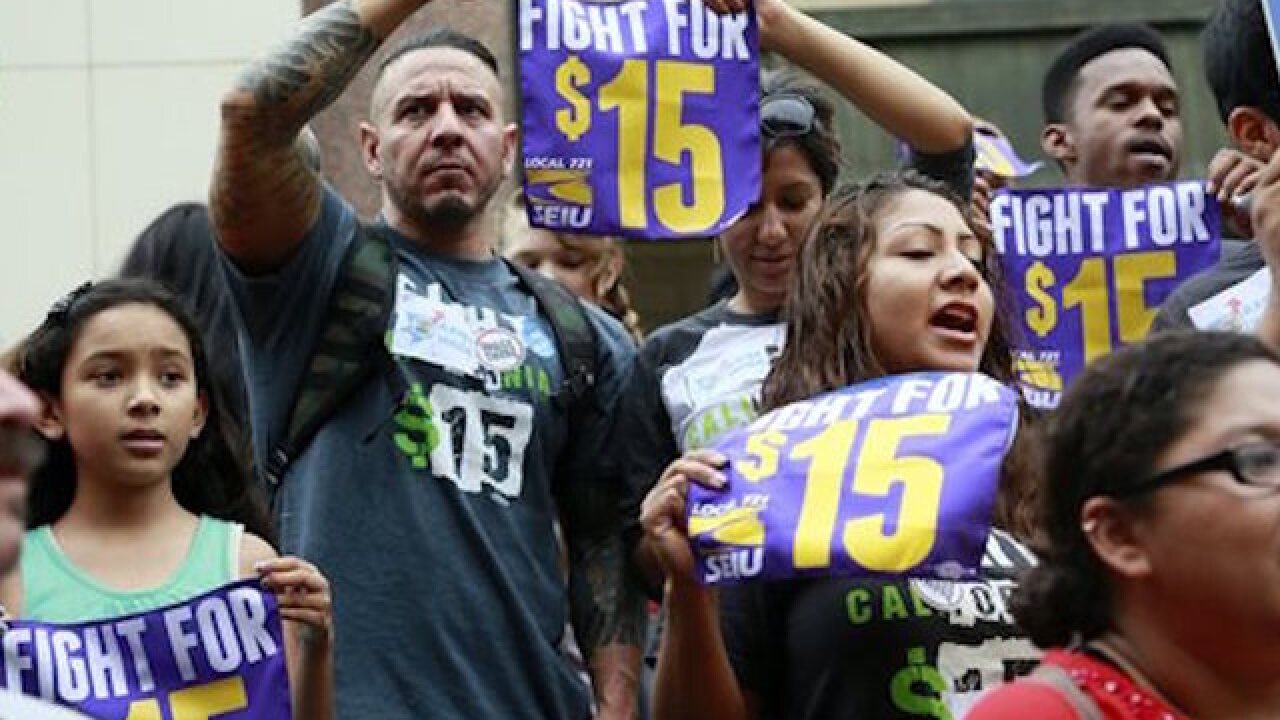 Copyright Associated Press
Nick Ut
<p>FILE - In this Tuesday, July 21, 2015 file photo, workers hold a rally in Los Angeles in support of the Los Angeles County Board of Supervisors' proposed minimum wage ordinance. On Saturday, March 26, California legislators and labor unions reached an agreement that will take the state's minimum wage from $10 to $15 an hour. (AP Photo/Nick Ut)</p>

California lawmakers have approved the nation's highest statewide minimum wage of $15 an hour to take effect by 2022.

The legislation passed Thursday now goes to Gov. Jerry Brown, who is expected to sign it into law after previously working out the plan with labor unions.

Democrats who control both legislative chambers hailed the increase as a boon to more than 2 million of California's poorest workers and an example to the nation as it struggles with a growing gap between rich and poor.

Republicans echoed fears from business owners and economists that the annual increases — eventually tied to inflation — would compound California's image as hostile to business.

The increases would start with a boost from $10 to $10.50 on Jan. 1. Businesses with 25 or fewer employees would have an extra year to comply.

The state of New York was considering a similar move.