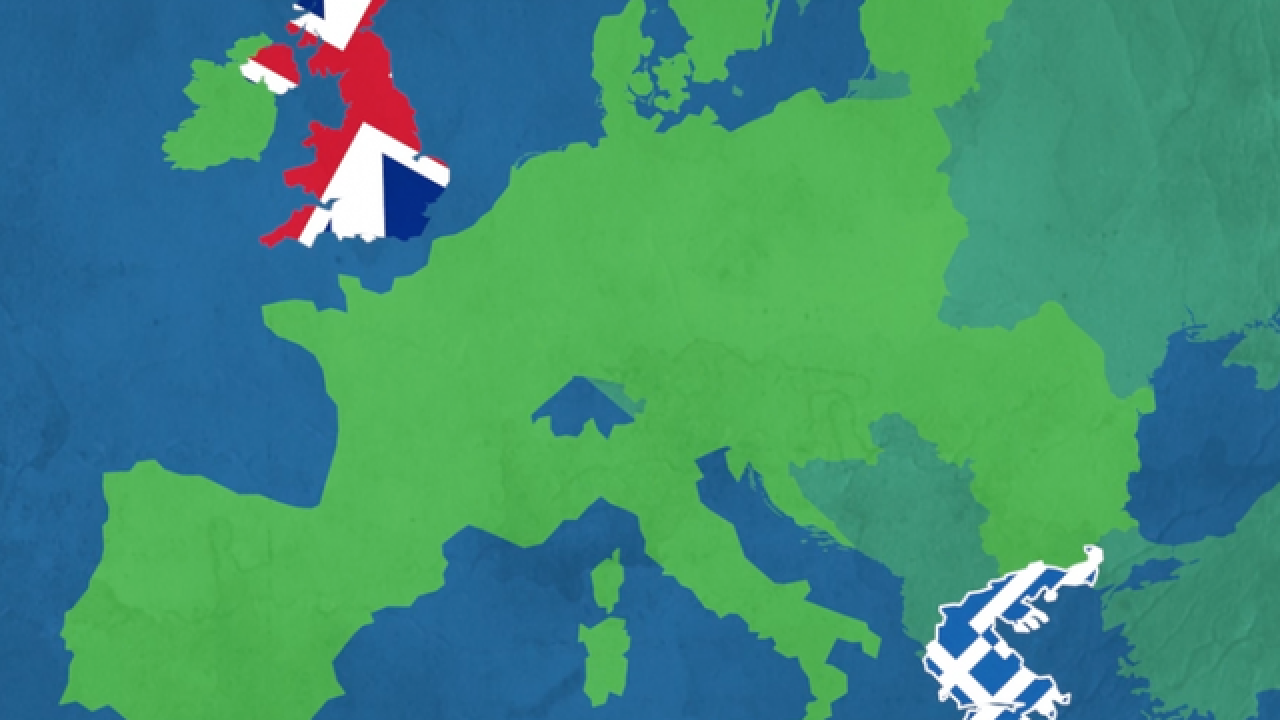 LONDON (AP) — The polls closed Thursday in Britain's historic referendum with a leading supporter of the campaign to leave the European Union saying it looked like his side had lost the vote, sending the pound soaring and cheering Britain's pro-European partisans.

However once the vote started being counted, the British currency saw a sharp decline.

The British pound is getting whipsawed by volatile trading as initial results from the vote on whether the U.K. should remain in the European Union showed the race is too close to call.

The currency surged shortly after the polls closed Thursday, climbing to a 2016 peak of $1.50 after a leading proponent of the "leave" vote indicated he thought his side was heading for a loss. But the pound sold off — falling 4 cents in 5 minutes — after counts from cities including Newcastle and Sunderland showed the result was far from certain.

Politicians and polling experts said it was far too early to declare a winner as the country began a nerve-wracking night of ballot-counting after a day of high turnout and foul weather.

A vote to leave the EU would destabilize the 28-nation trading bloc, created from the ashes of World War II to keep the peace in Europe. A "remain" vote would nonetheless leave Britain divided and the EU scrambling to reform.

As the polls closed Thursday, U.K. Independence Party leader Nigel Farage set a downbeat tone for the supporters of a British exit — or Brexit — from the EU, telling Sky News television "it looks like 'remain' will edge it" in the referendum.

The pound, which had been strengthening throughout the day on speculation that "remain" would win, soared past $1.50 as Farage's statement filtered across the international media.

Polling experts said early indications were that "remain" had the advantage, although all of them hedged their comments with warnings and caveats.

Another leading "leave" campaigner, former Conservative Party leader Iain Duncan Smith, said the result was too close to call, particularly given signs of exceptionally high turnout — with an exceptionally strong result in just one part of the country potentially swinging the national verdict.

"The future will be completely different, depending on the result," said photographer Antony Crolla, 49, outside a London polling station. "I think it is going to be really close."

"Leave" campaigners claim that only a vote to leave can restore power to Parliament and control immigration. The "remain" campaign, led by Prime Minister David Cameron, argues that Britain is safer and richer inside the EU.

Polls have suggested a close battle for months, although the past few days have seen some indication of momentum swinging toward the "remain" side.

Betting market Betfair said the probability that the country would stay stood at 90 percent. William Hill revised the chances of a "leave" vote from 25 percent to just under 17 percent.

Torrential rains, especially in the "remain" stronghold of London, raised fears of diminished turnout. London's Fire Brigade took 550 weather-related calls as the capital was hit by heavy rain, thunderstorms and lightning strikes. Some polling stations were forced to close because of flooding.

But early indications after the polls closed suggested that turnout was robust across the country.

Among those braving the London rain were devoted "leave" voters Susanne and Charles Humphrey. The retired couple paused after voting in a community center and said it meant a lot to them to make their feelings known.

"We have taken it very seriously," Susanne Humphrey said. "And we have prayed."