Boy calls 911 to invite police officers over for Thanksgiving dinner 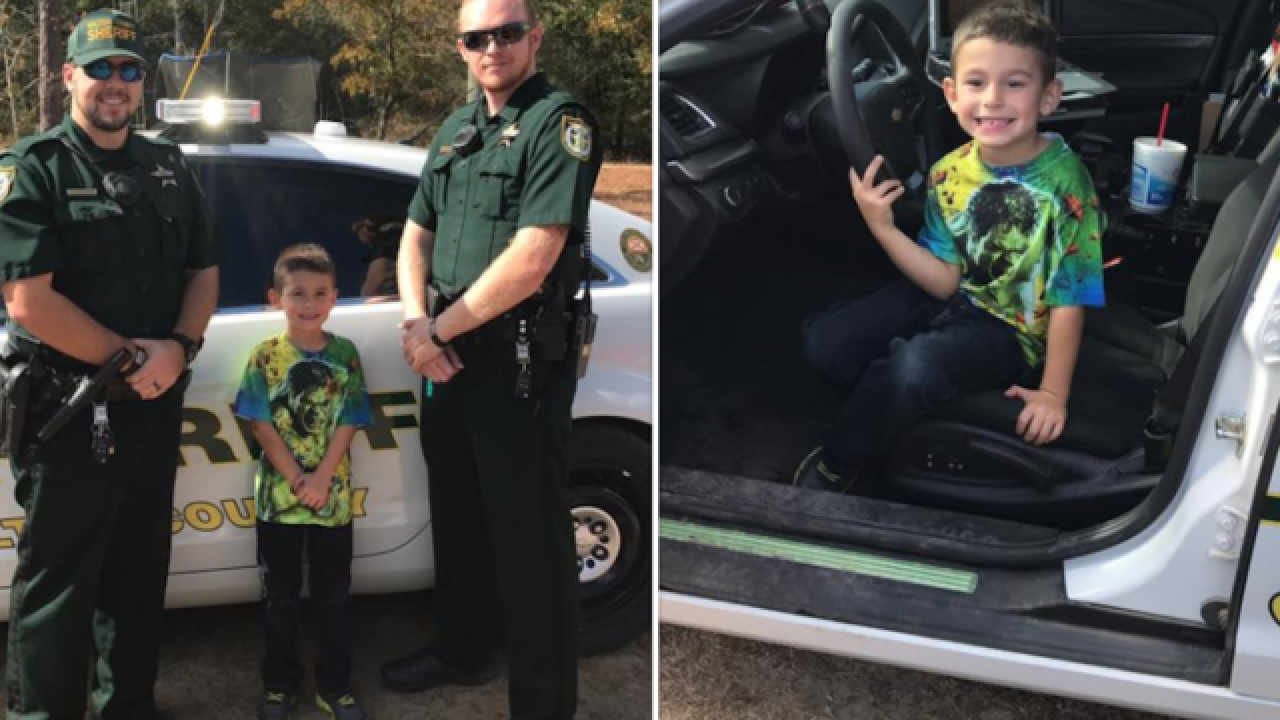 One young Florida boy was nice enough to invite local police officers over for Thanksgiving dinner on Thursday. The only problem? He sent his invitation via 911.

According to Walton County Sheriff Michael A. Adkinson, Jr. a young boy named Billy called the emergency line to make sure police officers would be able to get their fill of turkey, mashed potatoes and gravy on Thanksgiving afternoon.

The call “melted the hearts” of all those working on Thursday.

“With all the bad calls we take on a daily basis this one was a welcomed happy call that made all of us smile," said Monica Webster, the lead communications officer for the department.

Deputies Damon Byrd and Aaron Ethridge took up Billy’s invitation, and stopped by his house. They brought a special sheriff’s badge with him and let him sit in the driver’s seat of the patrol car.

“While we do not encourage this use of 911... we are so honored at the invitation. Thank you Billy for making all of our days here at WCSO,” Adkinson said.