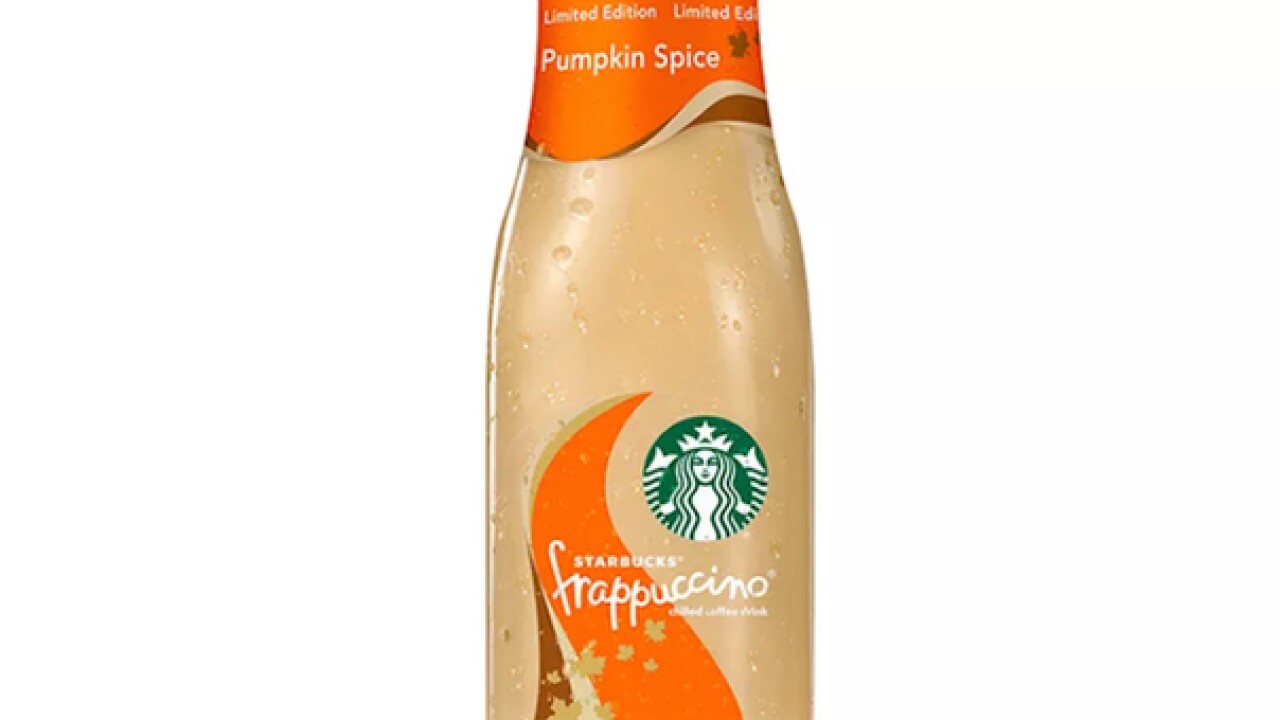 Can’t get enough pumpkin spice in your life? Well, now you don’t have to ever call it quits.

Starbucks is launching a bottled version of Pumpkin Spice Lattes, and it's coming to a grocery store near you.

According to Consumerist, the popular fall beverage, this time in bottle form, will be hitting Costco and other major grocery stores. A Starbucks rep told Eater the bottled lattes should be hitting shelves in “early September,” which is right around the time PSLs return to Starbucks stores, too.

McDonald's will begin selling its McCafe Pumpkin Spice Latte on Aug. 31, according to People.com.