Blue Jays to serve beer in cups after can-throwing incident 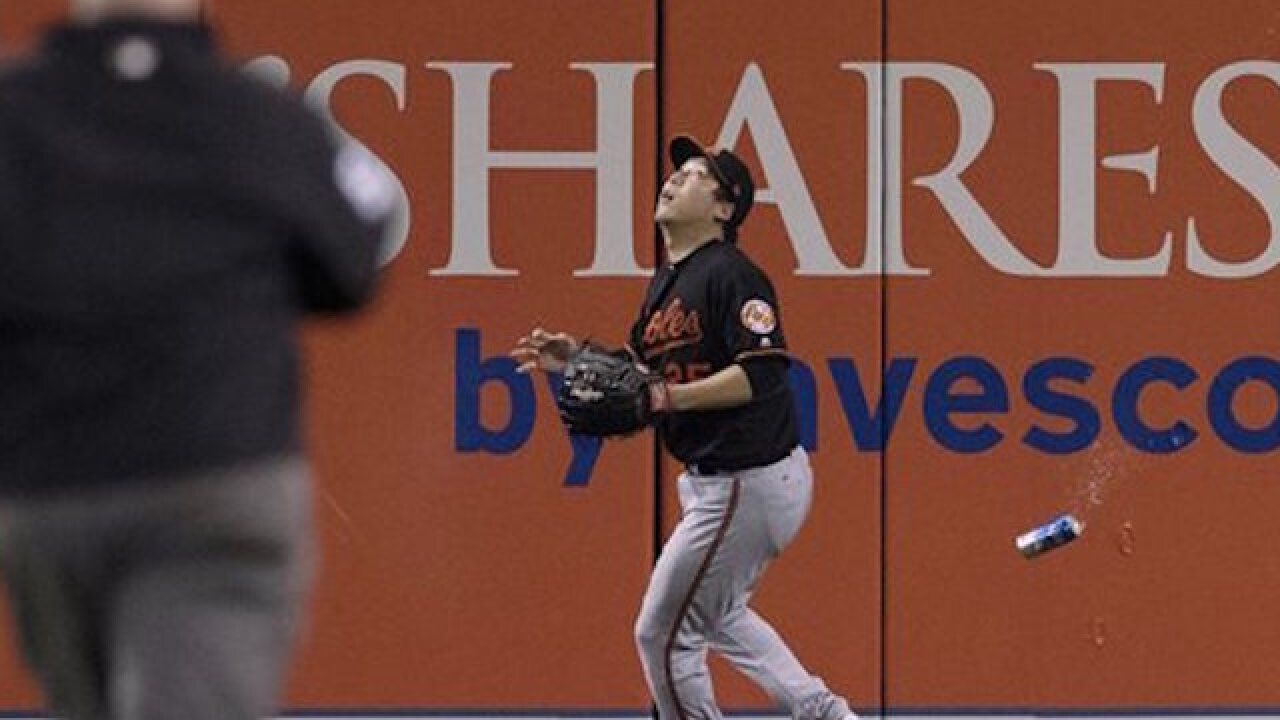 Copyright Associated Press
Mark Blinch
<p>Baltimore Orioles' Hyun Soo Kim gets under a fly ball as a can falls past him during the seventh inning of an American League wild-card baseball game against the Toronto Blue Jays in Toronto, Tuesday, Oct. 4, 2016. (Mark Blinch/The Canadian Press via AP)</p>

TORONTO (AP) — The Toronto Blue Jays say beer will be poured into cups at their stadium for the rest of the postseason after a fan threw a can at a Baltimore outfielder earlier in the playoffs.

The Blue Jays announced enhanced security and alcohol management policies before hosting Game 3 of the AL Division Series against Texas on Sunday night. Toronto leads 2-0 in the best-of-five matchup.

On Tuesday night, a spectator at Rogers Centre threw a can that almost hit Orioles outfielder Hyun Soo Kim in the AL wild-card game.

Last year, the Blue Jays banned selling beer cans in the upper deck at their stadium during the AL Championship Series. That move came after fans threw cans on the field earlier in the playoffs during a win over Texas. Beer was instead poured into plastic cups.