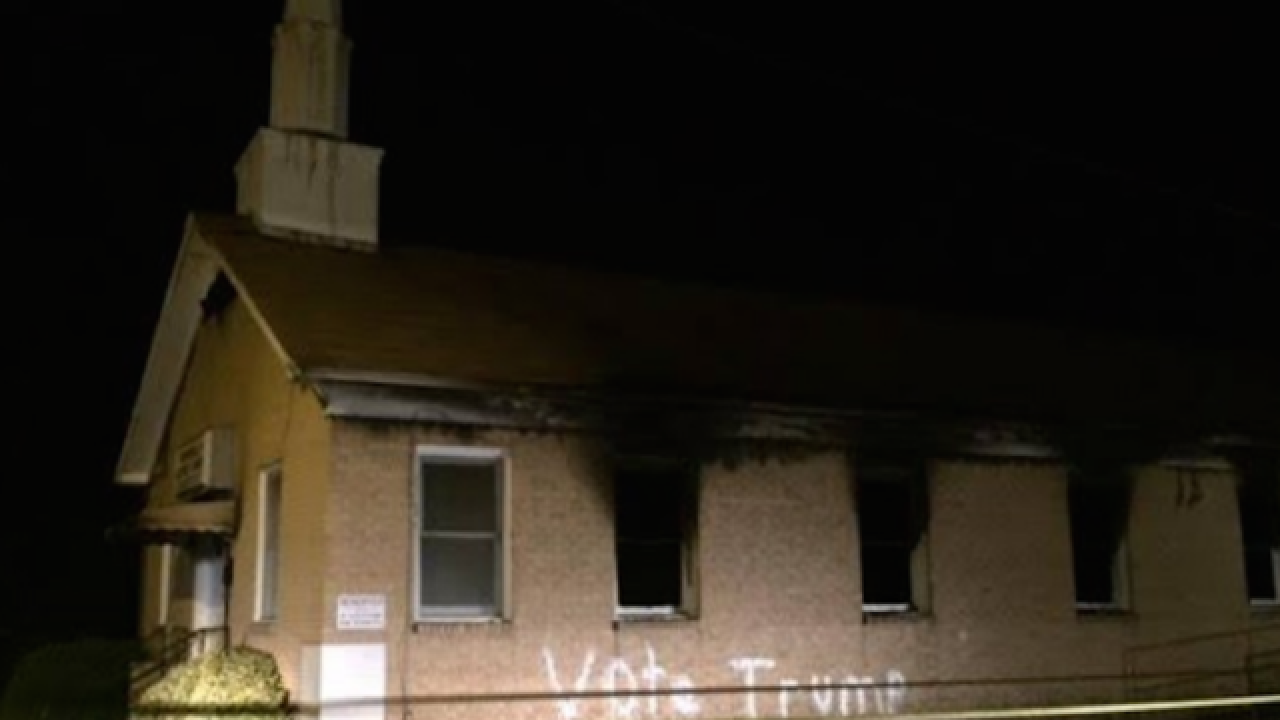 <p>The Hopewell Baptist Church, a church with a mostly black congregation in Greenville, Mississippi, was set ablaze and tagged with pro-Donald Trump graffiti on Tuesday. Authorities say the arson is being investigated as a hate crime.</p>

A church made up of mostly black members in western Mississippi was burned and spray-painted with the message “Vote Trump” on Wednesday evening.

According to police in Greenville, Mississippi, the fire at the Hopewell Baptist Church is being investigated as a hate crime.

“This act is a direct assault on people’s right to freely worship,” Greenville Mayor Errick D. Simmons said according to the Clarion-Ledger. “We will not rest until the culprit is found and fully prosecuted to the fullest extent of the law.”

The fire was reported at 9:15 p.m. local time on Tuesday evening. The 111-year-old church sustained heavy fire, water and smoke damage in addition to the graffiti message. There were no reports of injuries.

The origin of the fire is still under investigation.

Greenville police said they’re interviewing witnesses and searching for suspects, but that there is no surveillance footage that could have captured the fire. Police Chief Freddie Cannon went as far as to call the incident a “form of voting intimidation,” according to WLBT.

Greenville, which is 78 percent black, is no stranger to race-based attacks. In September, someone painted the n-word on the city’s boat ramp.

"We do believe that God will allow us to build another sanctuary in that same place," Pastor Carilyn Hudson said.