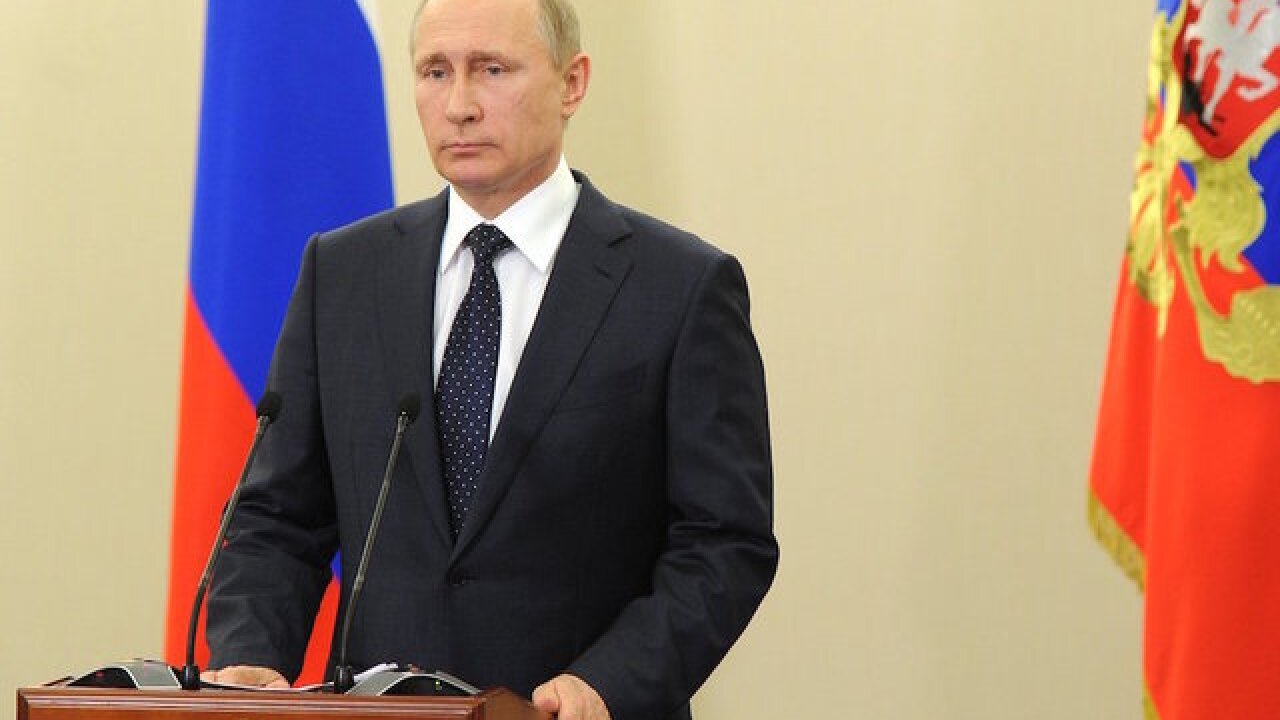 Copyright 2018 Scripps Media, Inc. All rights reserved. This material may not be published, broadcast, rewritten, or redistributed.
President Of Russia Website
A US official familiar with the US intelligence assessment of the Russia election-related hacking said the understanding is that the operation was carried out with sophisticated hacking tools, the equivalent of those used by the US National Security Agency. The use of the advanced tools suggests Russian President Vladimir Putin was involved in the hacks, a person familiar with the matter said, adding that it was more than a US intelligence assumption at this point.

(CNN) -- One of the two black boxes on a Russian military jet that crashed into the Black Sea with 92 people on board has been found, the country's Defense Ministry said Tuesday, according to the state-run Sputnik news agency.

The flight data recorder will be sent to a central research institute in Lyubertsy, where officials hope to get some insight into why the Tupolev Tu-154 plunged into the sea shortly after takeoff from Sochi on Sunday morning.

The flight data recorder was found 1,600 meters from the shore at a depth of 17 meters, the ministry said in a statement, as rescuers carry out a massive search operation in the sea.

The other black box -- the cockpit voice recorder -- is still missing.

The ministry has said there are probably no survivors.

Those on board included 64 musicians from the army's official choir, the Alexandrov Ensemble; nine reporters; the head of the Spravedlivaya Pomoshch charity, Elizaveta Glinka; two federal civil servants; and eight crew members.

The choir was flying to Syria to perform for Russian air force pilots during the holiday season, the Defense Ministry has said.

Glinka was taking medicine and other supplies to a local hospital in Syria, her colleague and friend Dr. Sergey Kurkov told CNN affiliate RBC.

The investigation and search

Terrorism was not a likely cause of the crash, Kremlin spokesman Dimitri Peskov said Monday.

Russian Transport Minister Maxim Sokolov said it was assumed the plane had crashed due to technical malfunction or pilot error.

The plane had taken off from Moscow and was headed to the Russian Hmeymim airbase in Latakia, Syria, where Russia has a large military presence. En route to Syria, the plane landed in Sochi to refuel.

Divers found the jet's fuselage about a mile offshore in the sea at the depth of 27 meters, RIA Novosti reported.

Thirteen bodies and 150 pieces of debris have been recovered so far, the Itar-Tass news agency reported, citing a source in security agencies.

About 3,500 people are taking part in the search, while 39 ships and cutters, 135 divers, seven deep-water vehicles and several aircraft have been deployed.