Beijing says air quality improved in first half of 2016 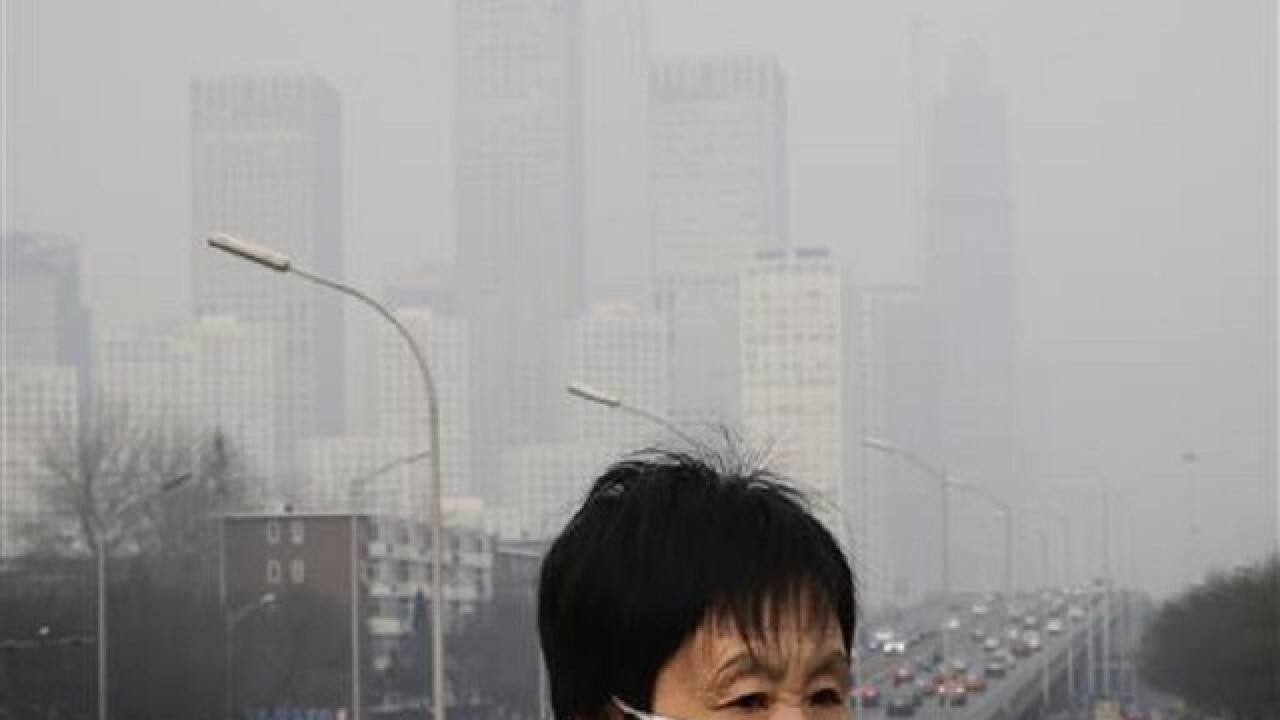 By: Associated Press
Posted at 11:34 PM, Jul 18, 2016
BEIJING (AP) — Beijing's notoriously awful air quality improved significantly in the first half of the year, with actions taken to curb the city's heavy pollution having a positive effect, officials in the Chinese capital said.
Concentrations of microscopic PM2.5 — small, inhalable particles that can penetrate deep into the lungs and are considered a reliable gauge of air quality — dropped by 17.9 percent in the first six months against the same period last year, the Municipal Environmental Protection Bureau said on its website late Monday.
The number of days in which air quality was rated good grew by 19, to 107, while the number of days with heavy pollution fell by two, to 14, the bureau said.
The ongoing closure of 174 heavily polluting Beijing factories was among the reasons given for the improvement, along with the switching of 463 communities from coal to alternative energy sources, the retirement of tens of thousands of exhaust-spewing cars, trucks and buses, and the addition of 6,803 vehicles running purely on electricity.
"Since the start of the year, the entire city has assiduously implemented the key tasks of the clean air action plan," the bureau said. "The improvement in air quality citywide has been obvious."
With more than 21 million people, Beijing has struggled with the ills of most modern cities, including snarled traffic and a shortage of affordable housing. Air pollution, however, has perhaps had the biggest impact on quality of life, with schools closed and outdoor activities curtailed on particularly bad days. Air pollution was also cited as a concern by evaluators ahead of Beijing being awarded the 2022 Winter Olympics.
Actions taken by the central government, especially since 2014, have borne fruit, however, with overall pollution levels in Beijing down in each of the past two years.
Coal consumption is the biggest source of air pollution in China. The country is now the world's largest emitter of greenhouse gases, although the United States far exceeds it on a per capita basis.
Researchers at Germany's Max Planck institute have estimated that smog has led to 1.4 million premature deaths per year in China, while the nonprofit group Berkeley Earth in California has had a higher figure, 1.6 million.
Copyright 2016 The Associated Press. All rights reserved. This material may not be published, broadcast, rewritten or redistributed.