Battle of the beef: A look inside the Impossible Meat lab 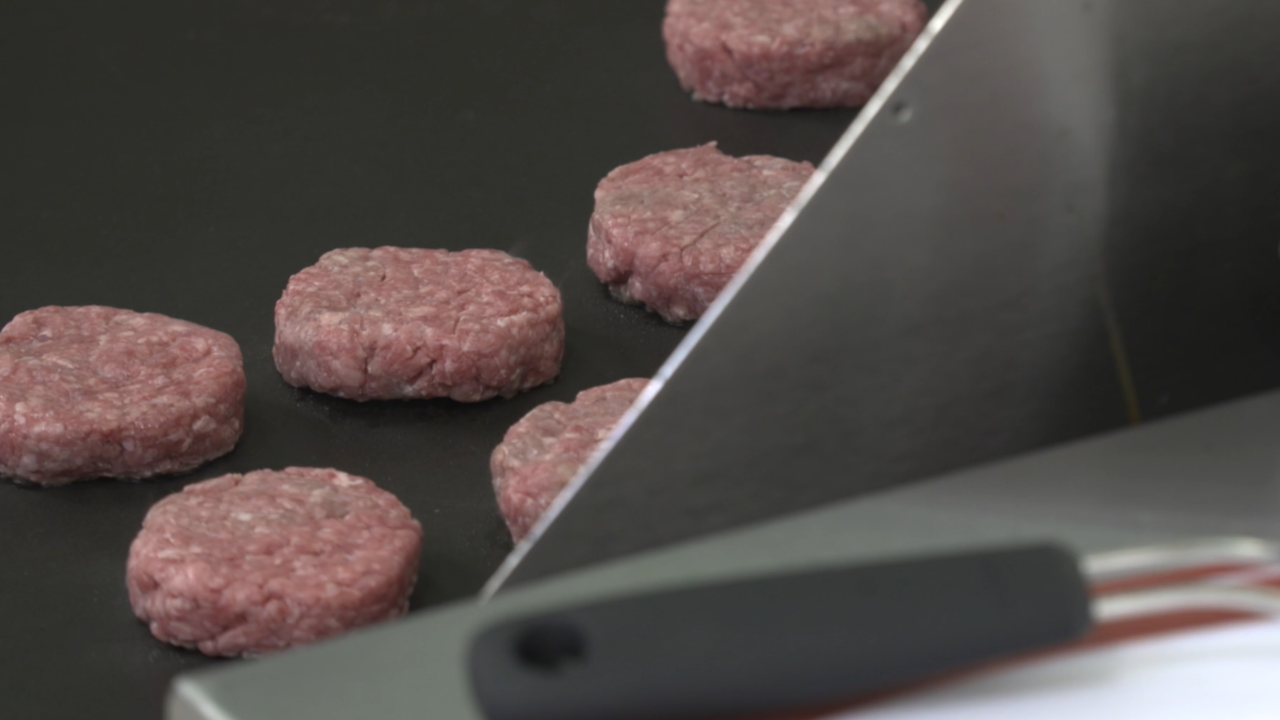 In the heart of Silicon Valley, people are keeping a pulse on a new product, as techies transition to foodies

“We had a spike on the pizza with Impossible Meat,” says owner Rocco Scordella.

Scordella put products created by the company Impossible Foods on his menu a few years ago. Now, they account for 20 percent of his pizza sales.

“I think it’s as close as it can get,” Scordella says. “That’s why I think when a lot of meat eaters taste it they’re like, ‘Oh, wow. This is close to real meat.'"

That’s the idea behind Impossible Foods, one of the top plant-based protein companies in the country.

The company gave us an all-access inside look at their lab, showing us the science of turning plants into meaty-tasting patties.

“The Impossible Burger is made of actually just four really simple categories of ingredients,” Laura Kliman, Impossible Foods senior flavor scientist, says. “We have proteins, our nutrients which generate flavor; we have our binders and we have fat.”

They also use the blood red liquid hemoglobin.

“Heme is what makes meat taste like meat,” Kliman explains. “It’s an iron containing molecule that is found in every living plant and animal and is essential for life.”

This food tech startup was founded by a Stanford University biochemistry professor and a team of scientists back in 2011. After studying meat at the molecular level, they launched Impossible Burger 2.0 in 2014 and the sales have skyrocketed

Those restaurants include some of the biggest fast food franchises in the world.

“Just in the past six weeks, you’ve seen Burger King and Little Caesars jump on this trend,” Konrad says. “They’re both rolling out the Impossible Burger and the Impossible Sausage."

Impossible Foods hopes to increase that demand by launching in grocery stores later this year.

With a starting price point on par with grassfed beef and going down from there.

“If we want to make a product that is affordable for many, we need to be using ingredients that are really part of the food chain now,” says David Lipman, Impossible Foods chief science officer.

Lipman claims his team’s plant-based foods are better for your health and the environment.

“Animal-based agriculture has been possibly the most damaging thing we are doing to the planet,” he says. “We can get the ingredients we need just from the earth at a 20th the amount of space and land, much lower water usage. So, we want to cut out that middle man and make the use of animals and agriculture no longer needed.”

Cattle rancher Joe Morris, however, disagrees with those claims.

“First of all, they haven’t been around really to understand if that’s true or not,” he says. “Whereas actually beef has been around since people have been people.”

Morris’ family’s business T.O. Cattle Company is one of California’s oldest beef companies, dating back to the Gold Rush era. He believes in tradition over technology.

“The people that are doing plant-based proteins are doing it with good intentions,” he says. “But there’s a failure to understand the ecology of just ecology and they really don’t know much about agriculture.”

“The animals are incredible creatures and they do amazing work," he says. "And the results of their work is biodiversity beauty water in the ground. The plant-based proteins, there’s no romance, there’s no beauty there.”

When it comes to customers, however, beauty is in the eye of the beholder.

“It’s good,” says a man who bought an Impossible Burger from Burger King. “I could hardly tell it wasn’t a regular beef patty.”

This customer also tells us that he added bacon to his plant-based protein patty.