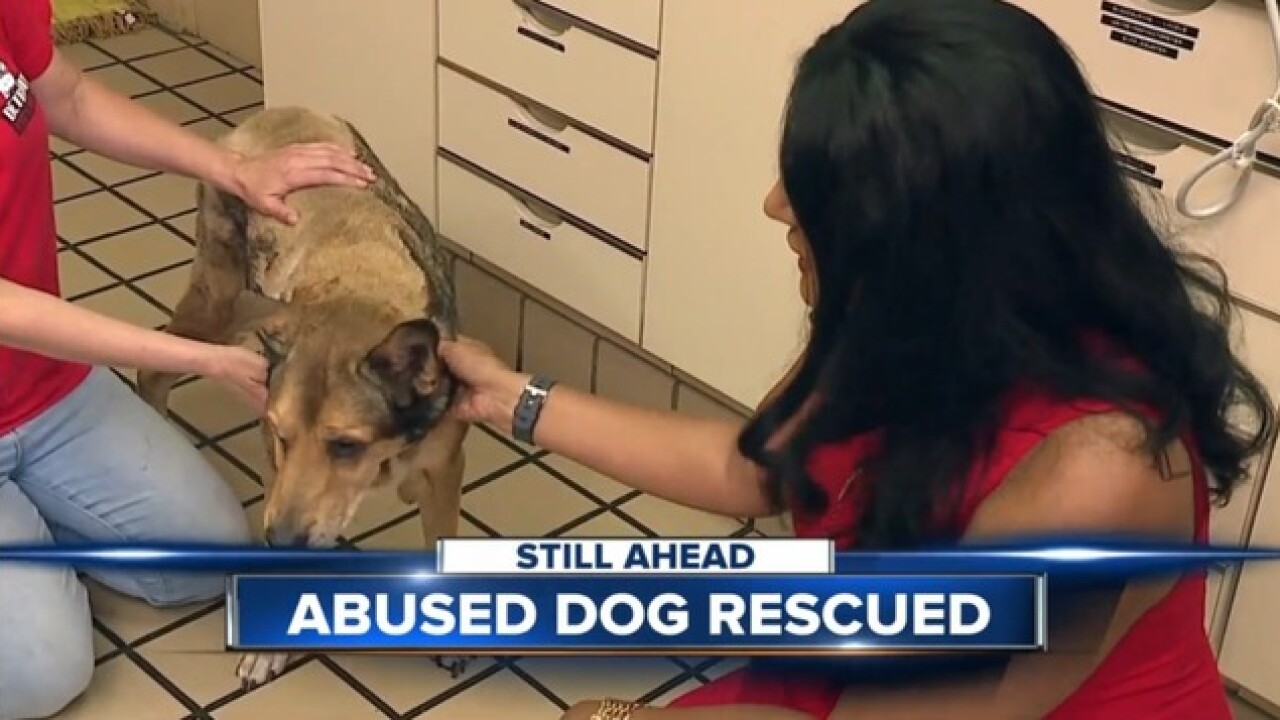 DETROIT — There is a new bizarre twist involving the man arrested for beating a dog with a bike and dragging the animal unconscious.

Animal control officers say they were shocked to find barrels of bones in the abandoned home after rescuing six dogs last week. Some bones were the size of cattle and some the size of dogs.

Theresa Sumpter of the Detroit Pit Crew, who took in the abused dog from police, says she has more questions.

"How did he get them? How did they end up here? And why was he collecting them inside the house."

The man was squatting at the abandoned home on Tarnow Street before police arrested him. Sumpter said witnesses identified him as the person who dragged the dog now named Justice.

Reports say Justice was dragged with an extension cord around his neck while the man was on a bike. When the Justice collapsed, witnesses say he began beating the dog with the bike.

Last week, when authorities came to search the home, they found six dogs inside surrounded by bones.

Police are still investigating the case.