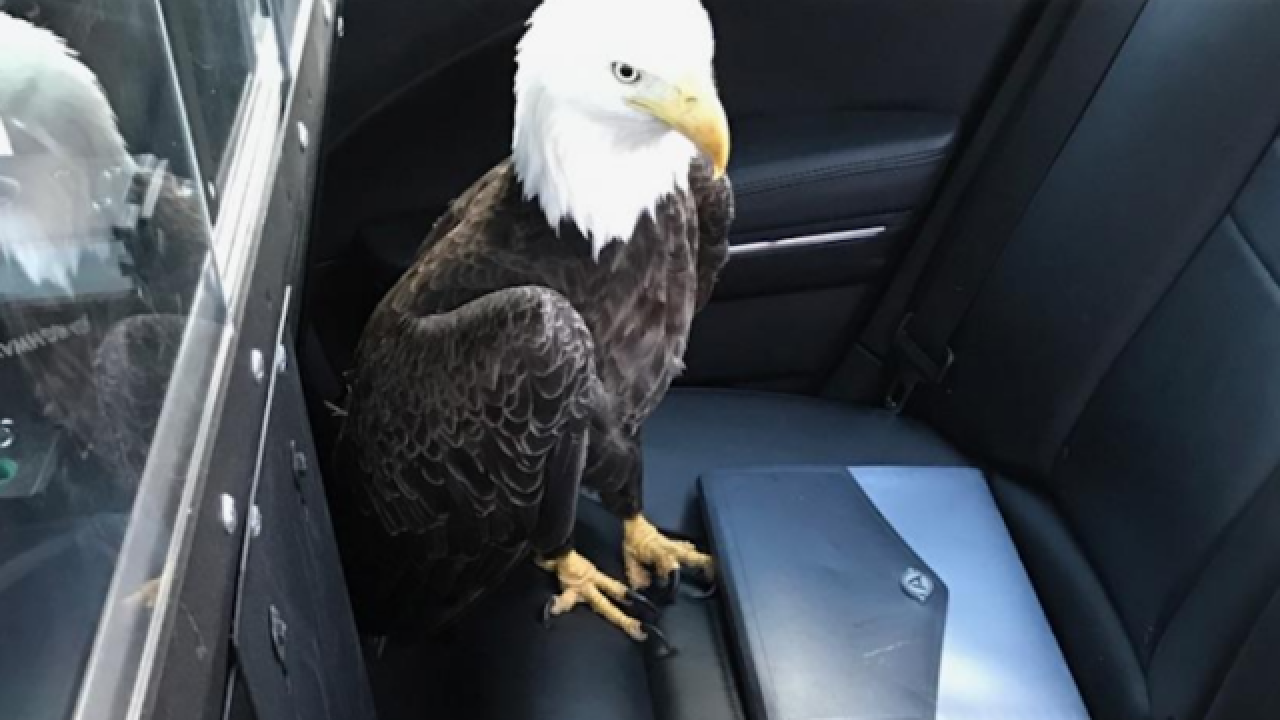 A Florida state patrolman rescued a bald eagle from the side of an interstate on Tuesday after the eagle had been struck by a vehicle, according to video released by Florida' Department of Highway Safety and Moto Vehicles.

According to the Orlando Sentinel, the incident took place on the Florida Turnpike early Tuesday morning after the eagle got in the way of a moving Jeep. Trooper Julio Velez carefully approached the bald eagle, and picked up the eagle off the highway.

Velez took the bald eagle to the Audubon Center for Birds of Prey.

"It looks very promising that he's releasable, but we do want to treat him for the lead level, internal parasites and any other issues that might arise," Audubon Center representative Dianna Flynt told the Sentinel. Flynt added that the bird did not have a broken bones or serious injuries.

While the iconic bird is still protected, bald eagles were taken off the endangered species list in 2006.

Once the eagle has had a chance to recover, it will be released back into the wild.