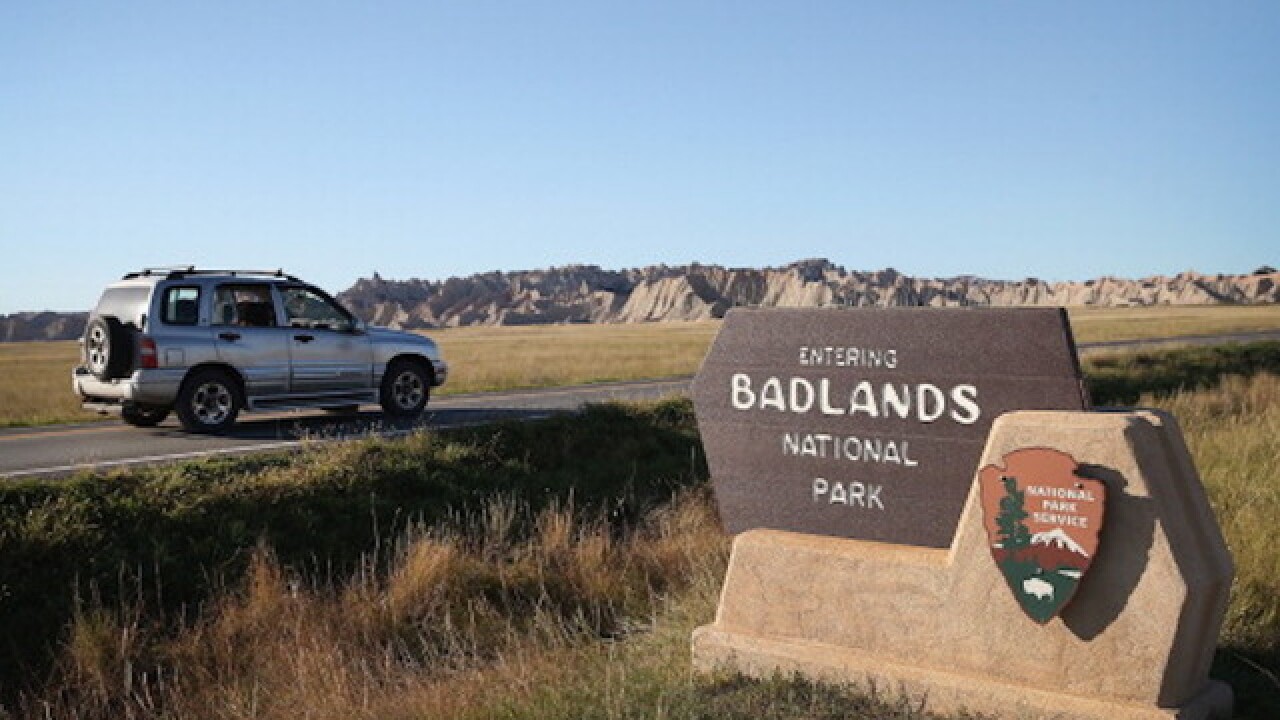 Image copyright 2017 Getty Images. All rights reserved. This material may not be published, broadcast, rewritten, or redistributed.
Scott Olson
<p>WALL, SD - OCTOBER 01: Visitors drive into the Badlands National Park on October 1, 2013 near Wall, South Dakota. Although small sections of the Badlands were accessible, the park and all other national parks were closed today after congress failed to pass a temporary funding bill, forcing about 800,000 federal workers off the job. A bulletin issued by the Department of Interior states, (Photo by Scott Olson/Getty Images)</p>

WASHINGTON (CNN) -- The Badlands National Park official account tweeted statistics about climate change on Tuesday that could contradict how President Donald Trump's administration may want to present it.
The tweets were up for a few hours before they were deleted.
"Today, the amount of carbon dioxide in the atmosphere is higher than at any time in the last 650,000 years. #climate," one of the tweets read.
Trump once called climate change a "hoax" invented by the Chinese and, during his campaign for president, repeatedly questioned scientific conclusions that human activity has caused global warming. More recently, he has acknowledged "some connectivity" between human activity and climate change.
Democrats were quick to criticize the move.
Adrienne Watson, the Democratic National Committee national press secretary, said in a statement: "Vladimir Putin would be proud."
This isn't the first time an account has gone rogue in response to Trump's administration. On Friday, the National Park Service retweeted messages that compared the crowd sizes at Barack Obama's 2009 inauguration to Donald Trump's inauguration Friday.
Representatives from the new administration asked the Interior Department's digital team to temporarily stop using Twitter as well -- a decision the agency now claims was out of a concern the account was hacked.
Twitter told CNN that the @BadlandsNPS Twitter account had 7,000 Twitter followers on Monday. It now has 84,000 followers since publication, a number that continues to rise.
A message left with the park was not immediately returned.
CNN's Brian Stelter contributed to this report.
The-CNN-Wire
™ & © 2017 Cable News Network, Inc., a Time Warner Company. All rights reserved.
Copyright 2017 Scripps Media, Inc. All rights reserved. This material may not be published, broadcast, rewritten, or redistributed.