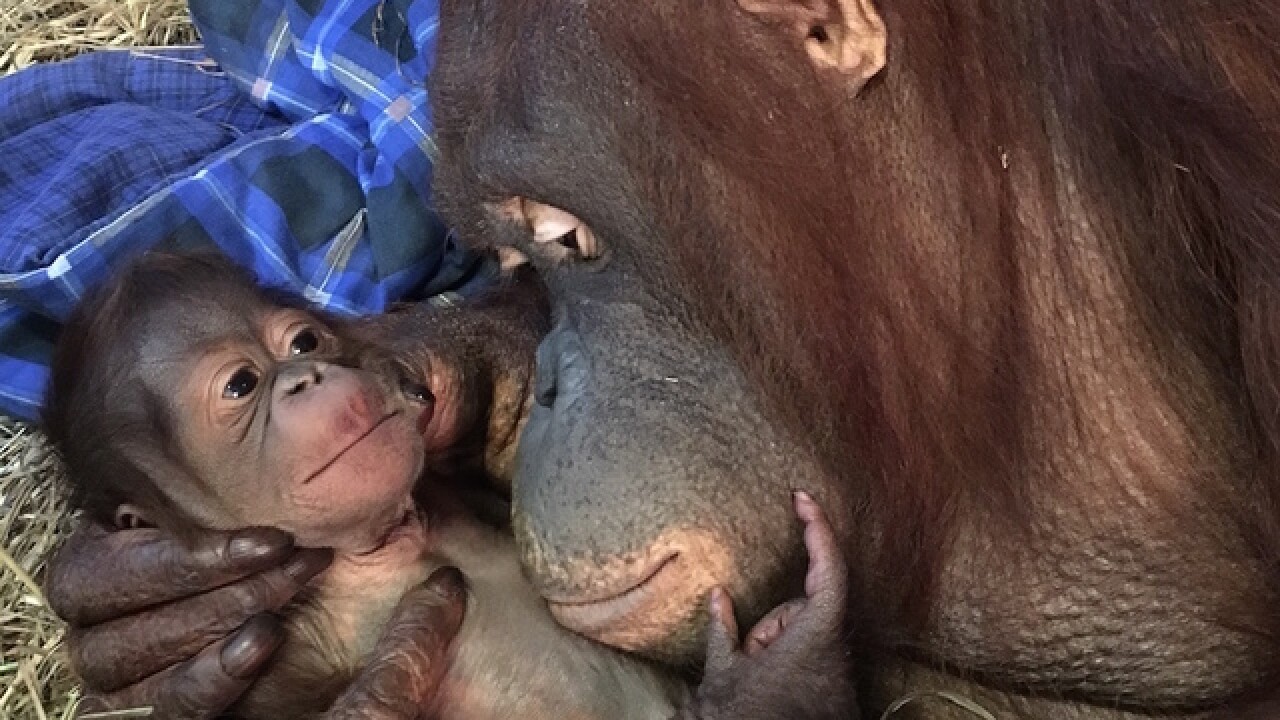 WASHINGTON (AP) — National Zoo officials are celebrating the birth of a Bornean orangutan, the first at the zoo in 25 years.

Officials said in a statement Tuesday that 19-year-old Batang gave birth to a son Monday. Staffers are cautiously optimistic that the new member of the critically endangered species will thrive. They have seen Batang nursing the infant, who has been clinging to his mother.

Officials say Batang and Kyle, also 19, bred this winter, following a breeding recommendation from the Association of Zoos and Aquariums.

Staffers have been preparing Batang for motherhood over the last three years. Two other females were trained to act as surrogates in case Batang couldn't or wouldn't care for her infant.

The International Union for Conservation of Nature lists Bornean and Sumatran orangutans as critically endangered.