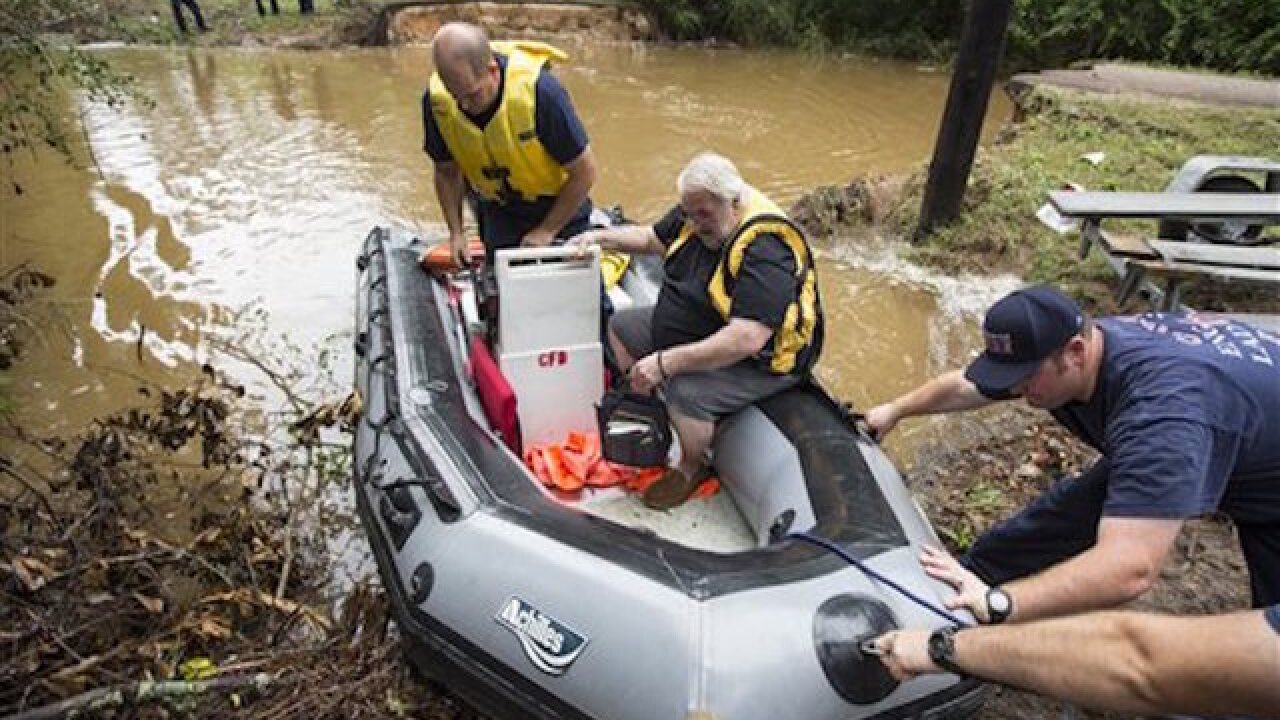 Texas authorities now say four people have died in flooding and two remain missing as torrential rains have moved on but left behind swollen rivers that have overrun some communities.

Washington County Judge John Brieden said the bodies of two missing motorists were found on Saturday in separate parts of the rural county located between Austin and Houston.

Two other deaths in the county had previously been announced by officials.

In Kansas, divers were racing against daylight in their search for the body of an 11-year-old boy who was swept away by a swiftly moving creek.

Wichita Fire Department battalion chief Scott Brown says his department has 12 divers, three search-and-rescue dogs and an airplane searching for any sign of the boy.

He fell into Gypsum Creek about 7:30 p.m. Friday as he was crossing a footbridge. Rescue crews searched for three hours before receding water levels made it unsafe to have boats on the creek.

The search resumed Saturday morning, and Brown says it will continue until either the boy is found or conditions become too dangerous for the search crews because of visibility.

Brown says the boy's family is at the scene helping any way they can.