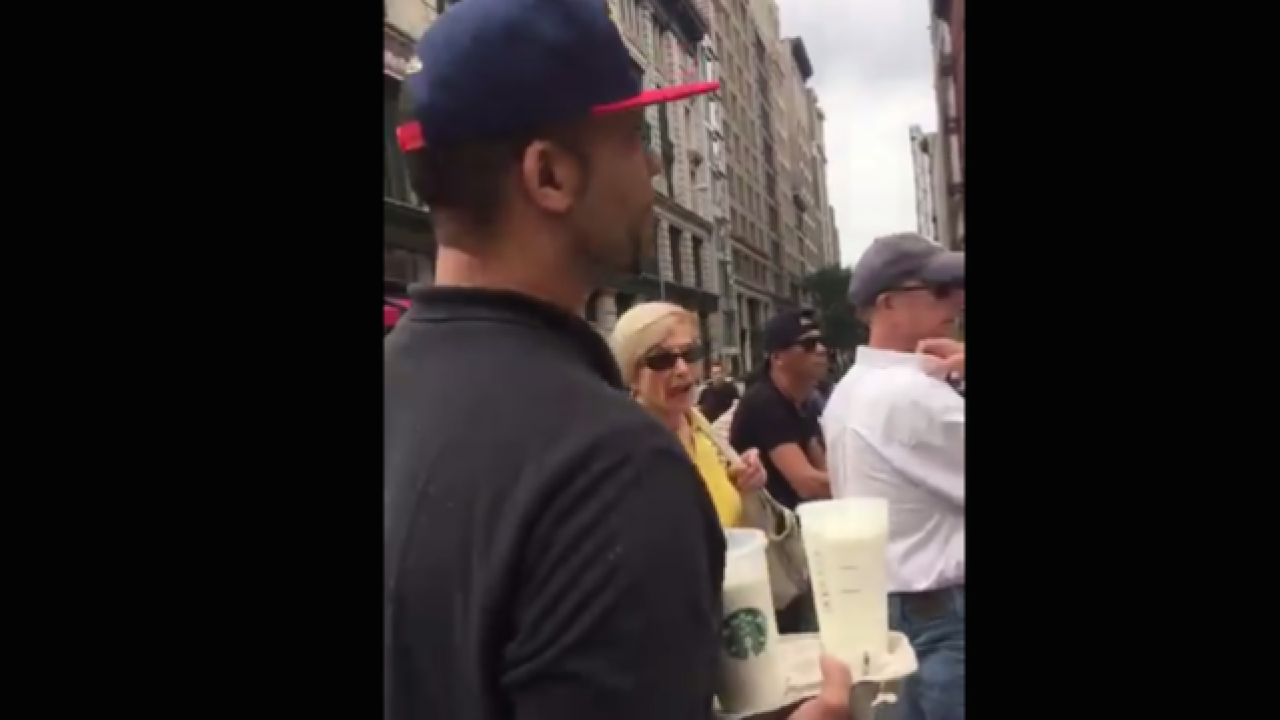 Following Saturday's explosion that rocked New York City and injured 29, student journalists from the University of Central Florida captured a citizen bringing Starbucks on Sunday for the officers and firefighters guarding the scene of the attack.

The video captured by the UCF Knight News shows a man identified as Germaine Zolkos bringing drinks and pastries for the appreciative first responders at the scene of Saturday's attack. The video has been viewed 11 million times and shared 175,000 times as of Monday evening.

"It is the least I could have done," Zolkos told the UCF journalists. "These guys run to danger instead of running from danger. I just figured, 'Why not?'

Zolkos said he didn't expect the attention that would come from the video.

"I didn't think it was news," Zolkos said. "I just thought it was the right thing to do. They are down there and I am sure those guys work 18 hours straight and I never imagined it being this big."