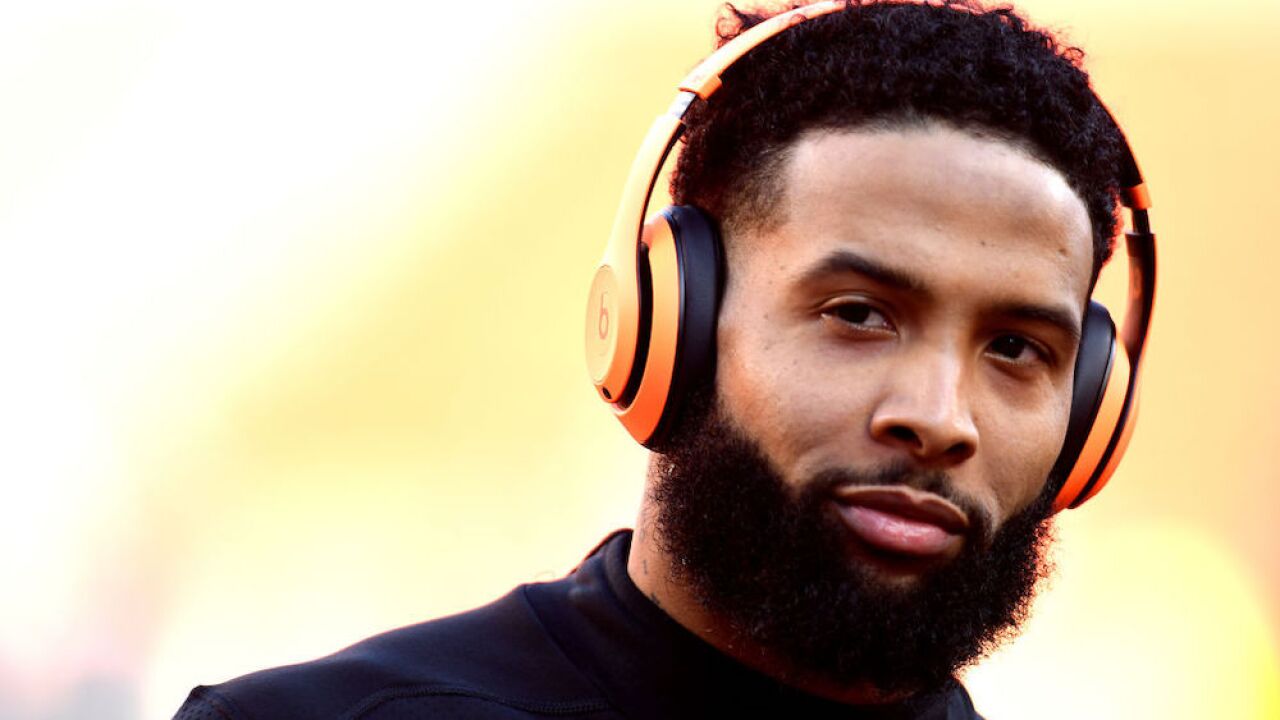 An arrest warrant has been issued for Cleveland Browns wide receiver Odell Beckham Jr. after video showed him slapping the backside of a police officer in the LSU locker room following the Tigers' win in the national championship on Monday, NOLA.com reports.

Police seek Beckham in relation to a simple battery charge. A "law enforcement source" told NOLA.com that authorities sought "misdemeanor sexual battery charge," but the warrant was denied by a judge.

Video, which originally appeared on an LSU player's Instagram story, shows Beckham slap an officer's backside as the officer spoke with a player. It's unclear what the officer was asking the player, but reports indicated that police threatened some LSU players with arrest for smoking cigars in the locker room while celebrating a national championship win.

"We are aware of the incident and have been in touch with Odell and his representatives on the matter," the Cleveland Browns said in a statement Thursday. "They are cooperating with the proper authorities to appropriately address the situation.”

OBJ wasn’t gonna let that officer spoil the fun.. told him to get the gat. 🤣 pic.twitter.com/sWoWj53r42

The NCAA is also investigating Beckham after video showed him handing out what appeared to be cash on the field following LSU's 42-25 win over Clemson. According to LSU, the team initially thought Beckham has handing out fake cash, but LSU quarterback Joe Burrow reported that Beckham handed him real cash.

Beckham, an LSU alum, has scored 48 touchdowns in five NFL seasons with the Browns and Giants. However, his off-field antics have often overshadowed his play on the field. In 2015, he got into a fight on the field with Panthers CB Josh Norman, and was suspended. A year later, he slammed his helmet and kicked a net on the sidelines while his then-team, the New York Giants, lost to Washingon. In 2017 he was seen partying on a yacht in Miami hours before the Giants' playoff loss to the Packers. This year, his first with the Browns, he reportedly invited opposing teams to trade for him during games.