Applications for US jobless aid remain near lows 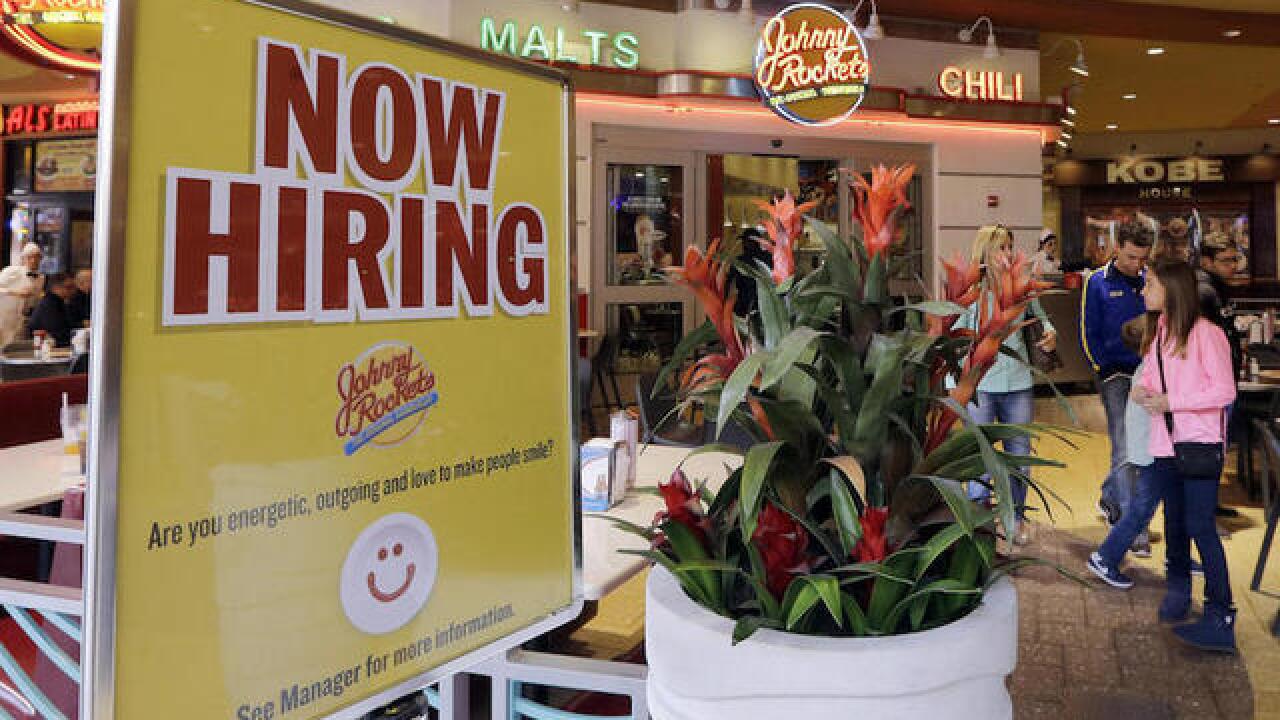 WASHINGTON (AP) — More Americans applied for unemployment benefits last week, but the totals stayed near historic lows in a sign that the recent slowdown in economic growth has yet to spark layoffs.

THE NUMBERS: Weekly applications for jobless aid rose 17,000 to a seasonally adjusted 274,000, the Labor Department said Thursday. The four-week average, a less volatile measure, edged up to 258,000, close to the 42-year low achieved two weeks ago. Over the past 12 months, the number of people collecting benefits has dropped 5.4 percent to 2.12 million.

THE TAKEAWAY: Jobless claims are a proxy for layoffs. With relatively few people seeking unemployment benefits, it appears as though employers are unworried about recent sluggish growth. The economy expanded at an annual rate of just 0.5 percent in the first quarter, the weakest pace in two years. That modest growth followed a weak gain of only 1.4 percent in the closing three months of 2015.

But employers have shrugged off the slowdown. Applications for unemployment benefits have stayed below 300,000 for 61 consecutive weeks, the longest streak since 1973.

KEY DRIVERS: The report on unemployment benefits indicates that hiring should continue to be healthy in the jobs report being released Friday by the government. Economists forecast that employers added 200,000 jobs in April, while the unemployment rate remained 5 percent. Those gains would follow the addition of 215,000 jobs in March.

Still, there is evidence that hiring may be curtailed somewhat because of a slowing economy. Payroll processor ADP said Wednesday that businesses added 156,000 jobs in April, down from 194,000 in March. Manufacturers shed 11,000 jobs, after losing 3,000 the previous month. Services firms added 166,000, down from 189,000.

Since the Great Recession ended seven years ago, growth has usually been weak in the first quarter, only to pick up in the April-June quarter. Many economists expect a similar pattern this year, and forecast growth of 2 percent in the second quarter.