He gave a campaign speech, not an inaugural speech 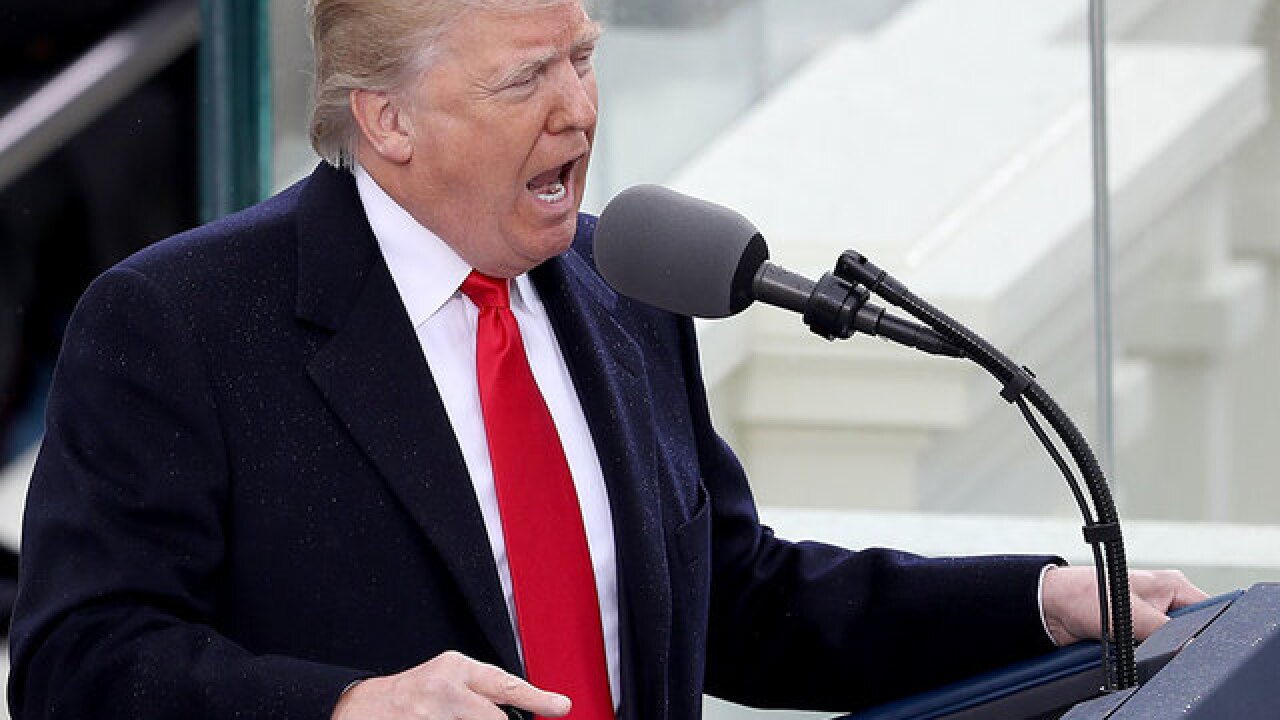 The most flamboyant and iconoclastic president in history assumed office Friday not with a bang, but what for him was a whimper.  This inauguration was no extravaganza or cavalcade of glamor, glitz and pageantry. It was a brief, low-energy traditional ritual.

“What truly matters is not which party controls our government,” Trump said, “but whether our government is controlled by the people.”

In truth, Trump’s inaugural address differed very little from his campaign stump speech. His themes were the same. He covered no new ground, he did not profess to be humbled by the job ahead and he didn’t reach for lofty rhetoric.

Trump made no effort to reach out to Americans who did not support him or vehemently opposed him. He did not acknowledge any deep, difficult divisions in the country. The closest he came was when he said, “When you open your heart to patriotism, there is no room for prejudice.”

This collided with an extraordinary rejection of inauguration protocol; 67 House Democrats refused to attend the ceremony in protest. In Washington, that is radical.

As he did in the campaign, Trump painted a portrait of America that was starkly, simplistically negative.

“Mothers and children trapped in poverty in our inner cities, rusted out factories scattered like tombstones across the landscape of our nation,” he said.

“And the crime and the gangs and the drugs that have stolen too many lives and robbed our country of so much unrealized potential,” Trump declared. “This American carnage stops right here and stops right now.”

The key to conquering America’s challenges, as he said in every campaign speech, is simple, “From this day forward, it's going to be only America first, America first.”

Americans with a long historical memory will remember “America First” as the slogan of Nazi sympathizers in the U.S. in the 1930s.  Our current foreign allies and rivals must be wondering anew if Trump intends to withdraw from America’s role as the leading power promoting global cooperation.

Very early in the address, Trump threw a punch at his favorite gang of villains. “The establishment protected itself, but not the citizens of our country,” he said. “Their victories have not been your victories.” This took some serious chutzpah since Trump’s appointed cabinet, by far the wealthiest ever, could not be a more perfect microcosm of America’s money and power establishment.

It is important to note that Donald Trump has never used the traditional Big Speeches of politics as opportune moments to woo his people or tackle big topics. There are many other venues he prefers. His most formal orations reinforce his usual themes in a straightforward manner, without the gags, rambles and mischief of his rally performances. The inauguration was no exception, though it was quite the exception in the long history of the ritual.

Trump did come off as a happy warrior. He refrained from settling scores, told-you-so’s and gloating. There were clear glimpses in the speech, however, that Trump fully intends to put the bully back in the bully pulpit, not that anyone needed to be reminded of that.

Many Americans watched the speech hoping Trump would carry himself with a more presidential posture. They had good reason to be pleased.

Many other backers watched hoping he would stay renegade, toss wisecracks to the power players and taunt the swamp dwellers. That would be precious reassurance that Celebrity Trump, TV Trump and Candidate Trump would really be President Trump, unbounded. This was not a speech for them.

We all have, however, a powerful tendency to see what we wish to see.

For many other Americans, Friday was all about the farewell to Barack Obama and his beautiful family. From Inauguration Day in 2009 until January 20, 2017, their composure, dignity and fine example never wavered as even their partisan foes admit.

Photographers at the White House showed us a poignant private moment this morning as President Obama waited for the Trumps to arrive.  Looking from outdoors through closed windows, we saw President Obama in his final hours place a personal letter to the new president in a desk drawer in the Oval Office.

This is traditional in transitions. There is always great curiosity about what the outgoing commander-in-chief has to say to his heir. Barack Obama and Donald Trump are as different as two successive presidents ever have been. Along with many others, I am dying to know what 44 wrote to 45. I am almost as curious to know what meaning it carries for America’s new president.