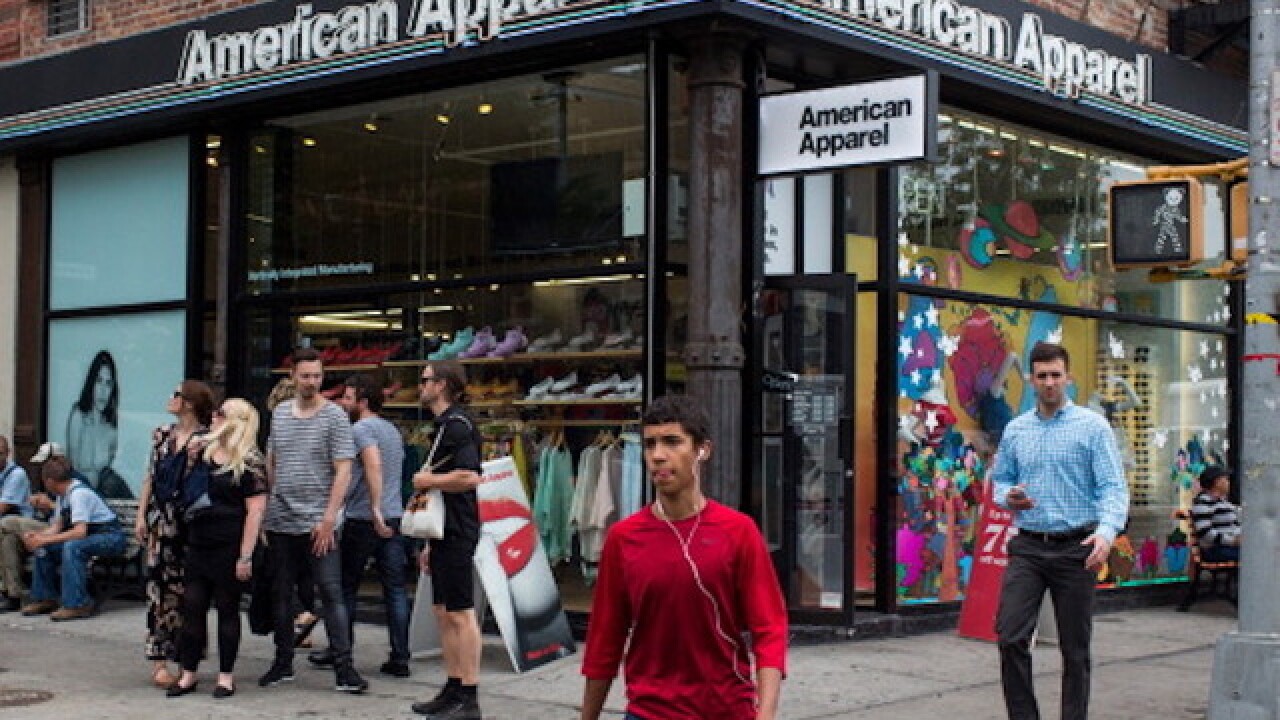 As large retailers such as Sears and Macy's shutter stores, American Apparel is closing its remaining 110 locations following an $88-million buyout, according to the LA Times .

“When you have that many stores on every corner and you don't have a product that is differentiated, why would the customer go to that store,” Jessica Ramirez, retail research analyst at Jane Hali & Associates, told the LA Times.

Canadian outfitter Gildan Activewear has purchased American Apparel assets. While Gildan will not keep American Apparel shops open, it will continue selling some merchandise under the American Apparel moniker. Although American Apparel currently operates one of the largest clothing factories in the United States, Gildan is expected to make its goods in Central America.

That alone would result in the layoff of 3,500 employees from American Apparel's factory.

American Apparel has been in the midst of bankruptcy proceedings. The deal with Gildan still has to be approved by a Delaware bankruptcy judge.

While once considered an upscale brand, it's likely American Apparel will be sold in discount retailers such as Kmart or Target.