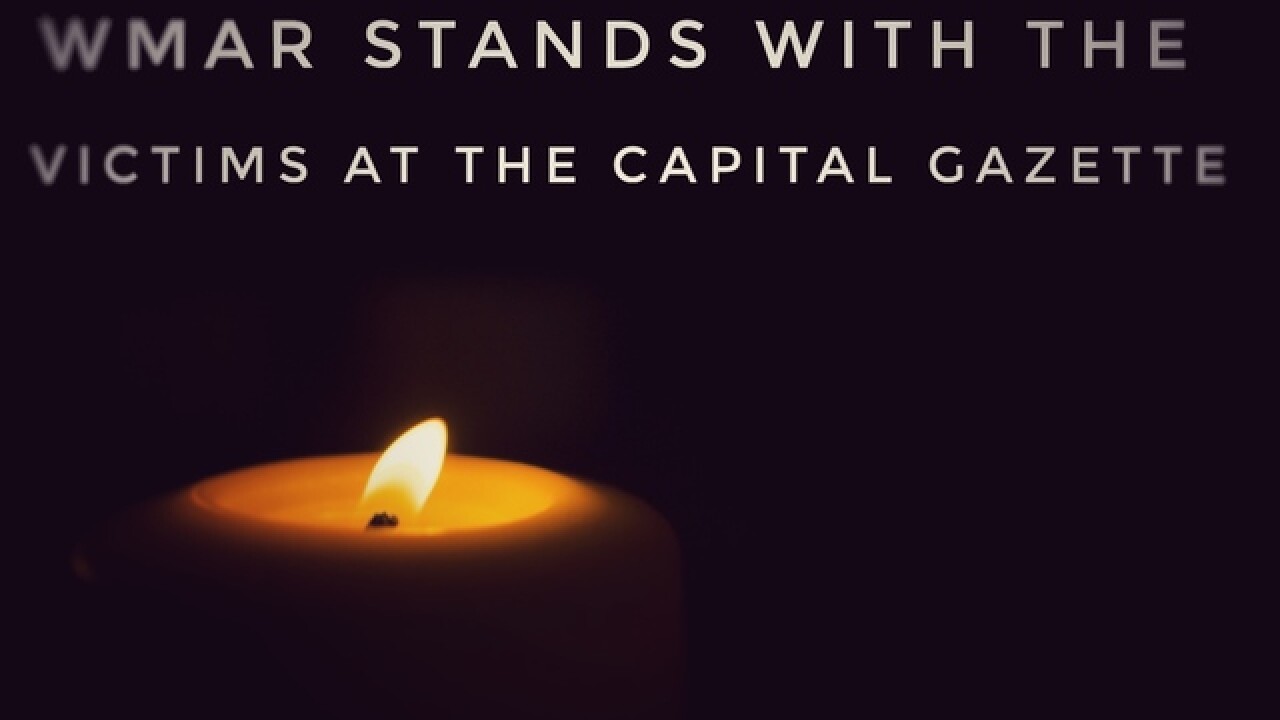 During a press conference on Thursday evening, Annapolis PIO Ryan Frashure identified the five victims who have lost their lives in the Capital Gazette mass shooting.

Officials say that all of the victims were employees of the Capital Gazette:

Smith was a Sales and Advertising Coordinator for the Capital Gazette.

Winters won various journalism and public relations awards for her work in the public relations field. She was the founder and organizer of the annual P.R. Bazaar, and wrote for an array of magazines, newspapers, and online sites aside from her work at the Capital Gazette. She covered news as the community reporter and was a columnist.

McNamara worked for the Capital Gazette for 20 years. He was the editor of the Bowie Blade-News and the Crofton-West County Gazette.

Fischman is a Pasadena resident. He wrote Capital Gazette's editorials and edited the editorial page and handles editing for The Sunday Capital.

To donate to the victims impacted by the Capital Gazette "targetted attack", click here.