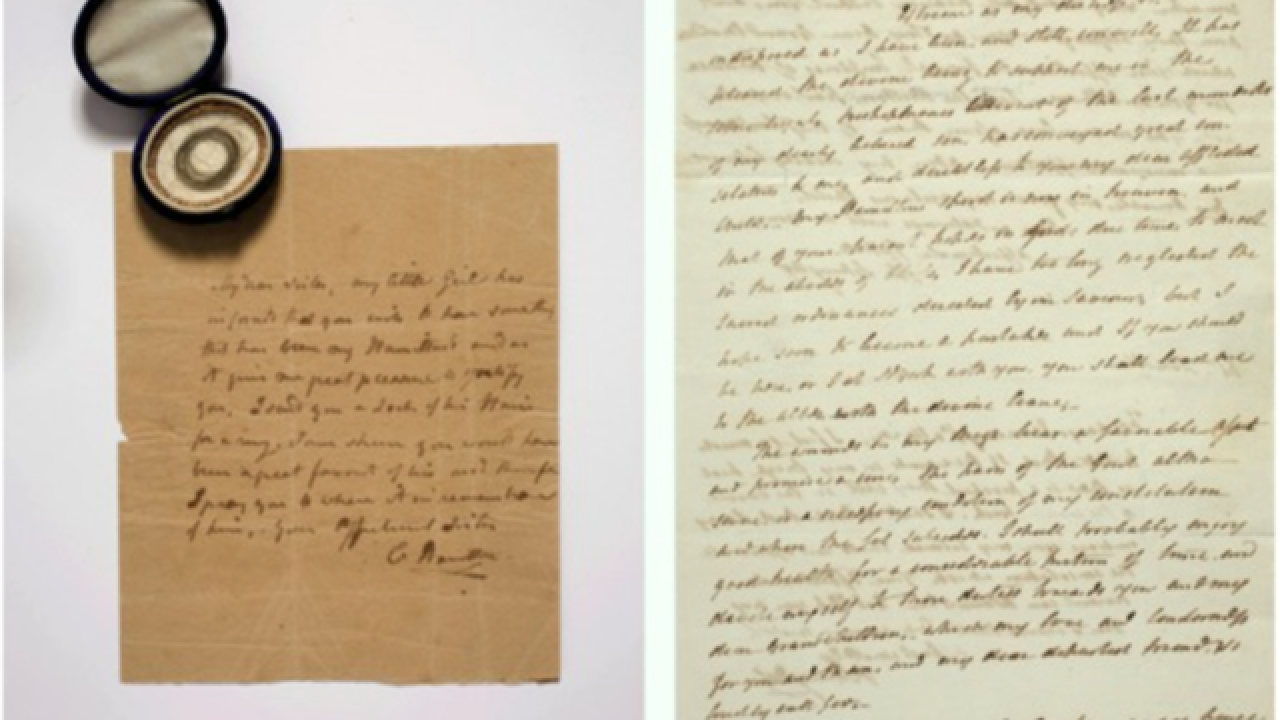 NEW YORK (CNN) -- Manuscripts, personal letters and hundreds of other documents from founding father Alexander Hamilton's desk sold for a total of $2.6 million at Sotheby's auction house in New York on Wednesday, according to the auction house.

The wildly popular Broadway show "Hamilton" was expected to boost sales at the auction. Fans of the musical, historians, political-science enthusiasts and collectors were eager to get their hands on the collection of documents made available by Hamilton's descendants. The items came from a family collection passed down since the 18th century.

Seven letters and manuscripts sold for over $100,000 individually, according to the auction house. Pacificus VI, a draft essay written by "Pacificus," which was Hamilton's pseudonym while writing "The Federalist Papers," sold for $262,500. In the essay, unknown to the public before it was introduced at the auction, Hamilton debates James Madison about America's neutrality in foreign tensions.

A commissioning document appointing Hamilton to be Gen. George Washington's aide-de-camp sold for $212,500. The appointment is said to have been a pivotal moment in Hamilton's life, ultimately leading to his influential role in American history.

The family archive also included a lock of Hamilton's hair, which sold for $37,500.

In total, the auction's sales broke the previous record for any document handwritten by Hamilton, set back in 2001 with $44,650 paid for a single manuscript, according to Sotheby's.

The Broadway show has helped

The collection at aucton Wednesday included love letters between Hamilton and his wife Eliza, a letter between Hamilton and Eliza's sister Angelica, a series of letters that Eliza received after Hamilton's death and letters from Hamilton's father-in-law Phillip Schuyler to Eliza. For "Hamilton" fans, many of these letters correspond directly to famous songs in the musical.

"Visitors could point to a document and say, 'Oh there's a song about that.' I think that shows how closely the show follows history," said Shelby Kiffer, Sotheby's international senior specialist for books and manuscripts.

"Hamilton," which won 11 Tony awards, revitalized the celebrity of the "young, scrappy and hungry" founding father. The musical was inspired by Ron Chernow's best-selling biography published in 2004.

"There's no denying the Broadway show has exponentially increased interest in this period of American history and particularly in Alexander Hamilton," Kiffer said.

"What is so unusual about this is it's a cohesive integral whole that's survived since the 18th century. The pieces interrelate and inform each other. It's rare to have correspondence back and forth," Kiffer said.

"Hamilton" fans were able to see the documents at Sotheby's during a week-long archive exhibition leading up to auction day.