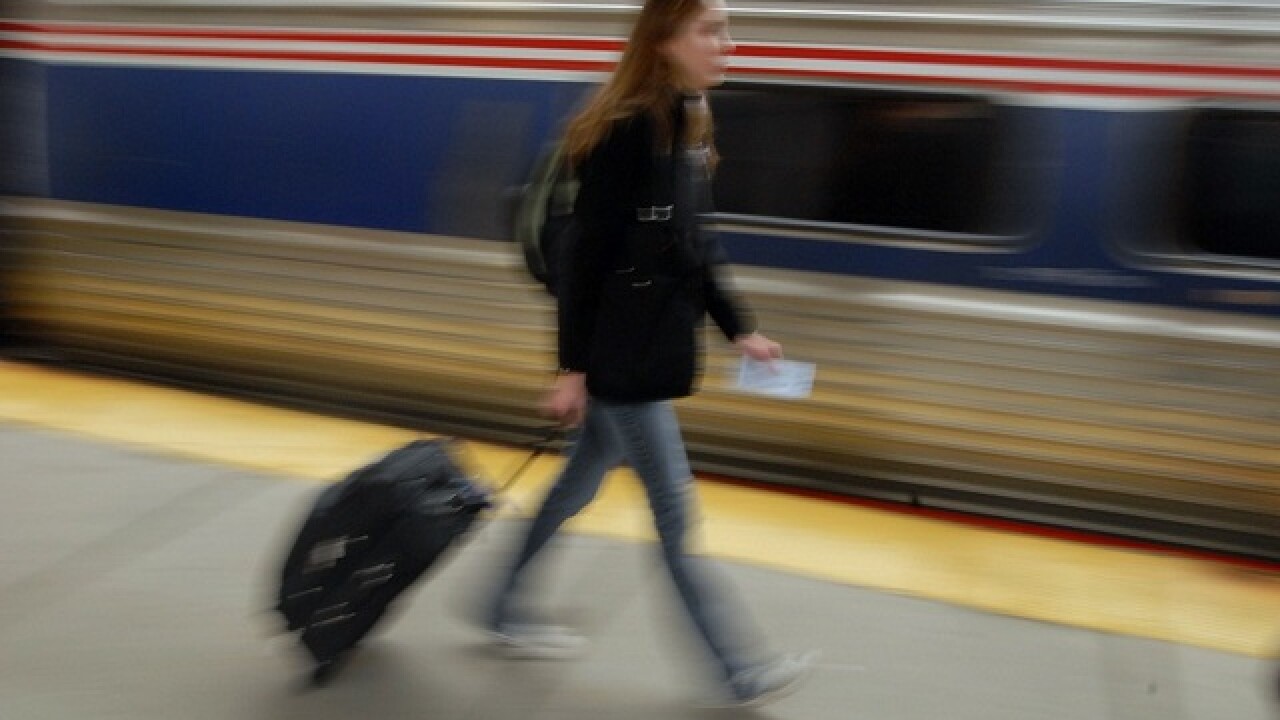 By: Associated Press
Posted at 8:13 PM, Oct 26, 2016
BOSTON (AP) — A Boston commuter train's motor has overheated, causing the train to fill with smoke and panicked passengers to break windows to escape.
The Massachusetts Bay Transportation Authority says the Orange Line train's motor overheated during the Wednesday evening commute at Back Bay station.
The MBTA says the train was about to depart the station when smoke became visible to the riders onboard.
Officials say the doors of the train remained closed because the train was moving away from the platform.
Passengers described a chaotic scene with some kicking out the windows of the train to escape.
Firefighters evacuated the station.
Officials say five passengers were treated at the scene for smoke inhalation and three were taken to a hospital. None of the injuries are believed to be life-threatening.
Copyright 2016 The Associated Press. All rights reserved. This material may not be published, broadcast, rewritten or redistributed.